I can't believe Christmas is just a few days away!  We still have a few gifts to send off but we are pretty much done.  Ryan's sister and her husband just got into town so we have lots of fun things in store over the next few weeks.  Though, we are taking the time to do lots of holiday cooking and baking.


I wanted to share some of the gifts we got for Maggie this year because I want to remember what she was interested in at this age.  Anytime she is around another kid's play kitchen, she is completely glued to it.  So I knew right off the bat that her "big" gift would have to be a play kitchen.  We also got her some pots & pans, play food and Meme got her some dish ware.  I was also looking for a nativity set that Maggie could play with, and I found the one above.  We gave it took her early and sat it under the tree.  She LOVES it.  Anything to do with little people, she's obsessed with.  She also currently loves the show Doc McStuffins and singing into anything that resembles a microphone.  So those were obvious gifts for me.  I also saw the book above where the story is personalized to your child's name.  I thought that was so cute, especially since we are still trying to get Maggie to say her name!!  :)

I can't believe that Christmas is just a week away!  Where did the time go??  We are getting ready for Ryan's little sister, Sally, and her husband to come visit us this weekend for a few weeks.  It's definitely hard living so far away from family during the holiday season.  So I am very thankful they are coming!  Plus, with me being so large these days, I couldn't really travel anywhere.  ;)

I really enjoy giving and receiving Christmas cards every year.  I debated what we should do this year since we are living in England, and I wasn't sure how we were going to get all our cards out from here (without spending an arm & a leg).  Luckily, my mom is an angel and helped us out.  I was able to order them through Minted.com and have them mailed to my mom.  She then stuffed them and mailed them out for me.  This year I had the addresses printed on the envelops so it would be less of a hassle for my mom.

I saw this design on Minted.com and thought it would be perfect for our situation!  It's supposed to look like a little travel tag.  I think they turned out so cute! 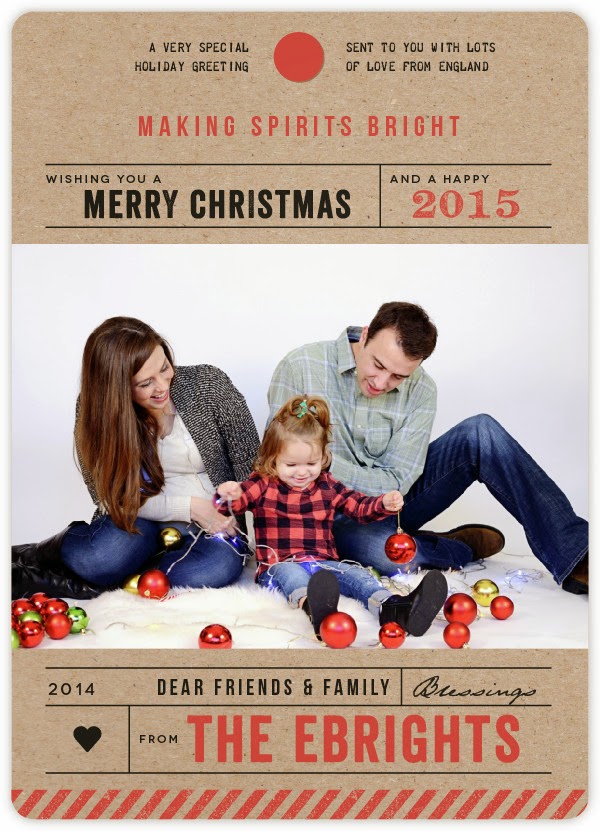 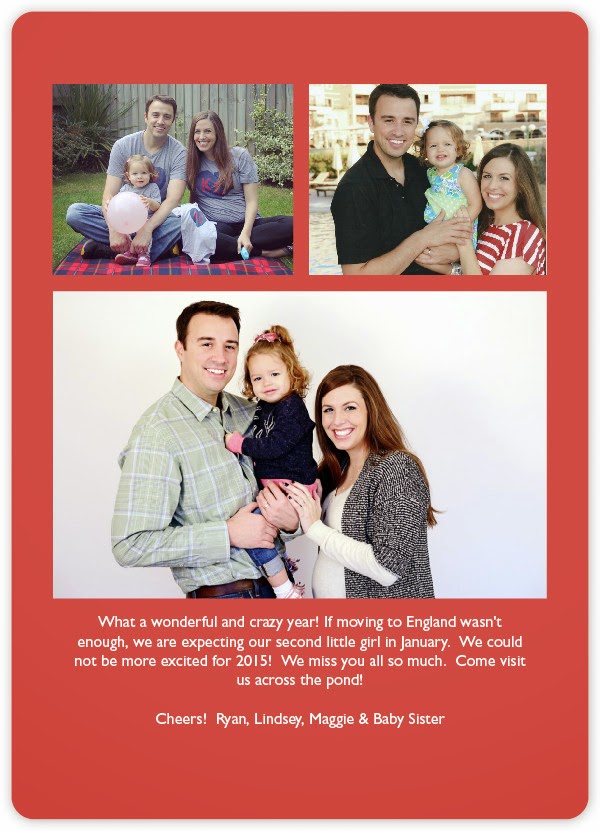 The picture on the top left is from when we revealed we were having another girl.  The one of the top right is from our trip to Greece, and the bottom one was from my maternity photoshoot. 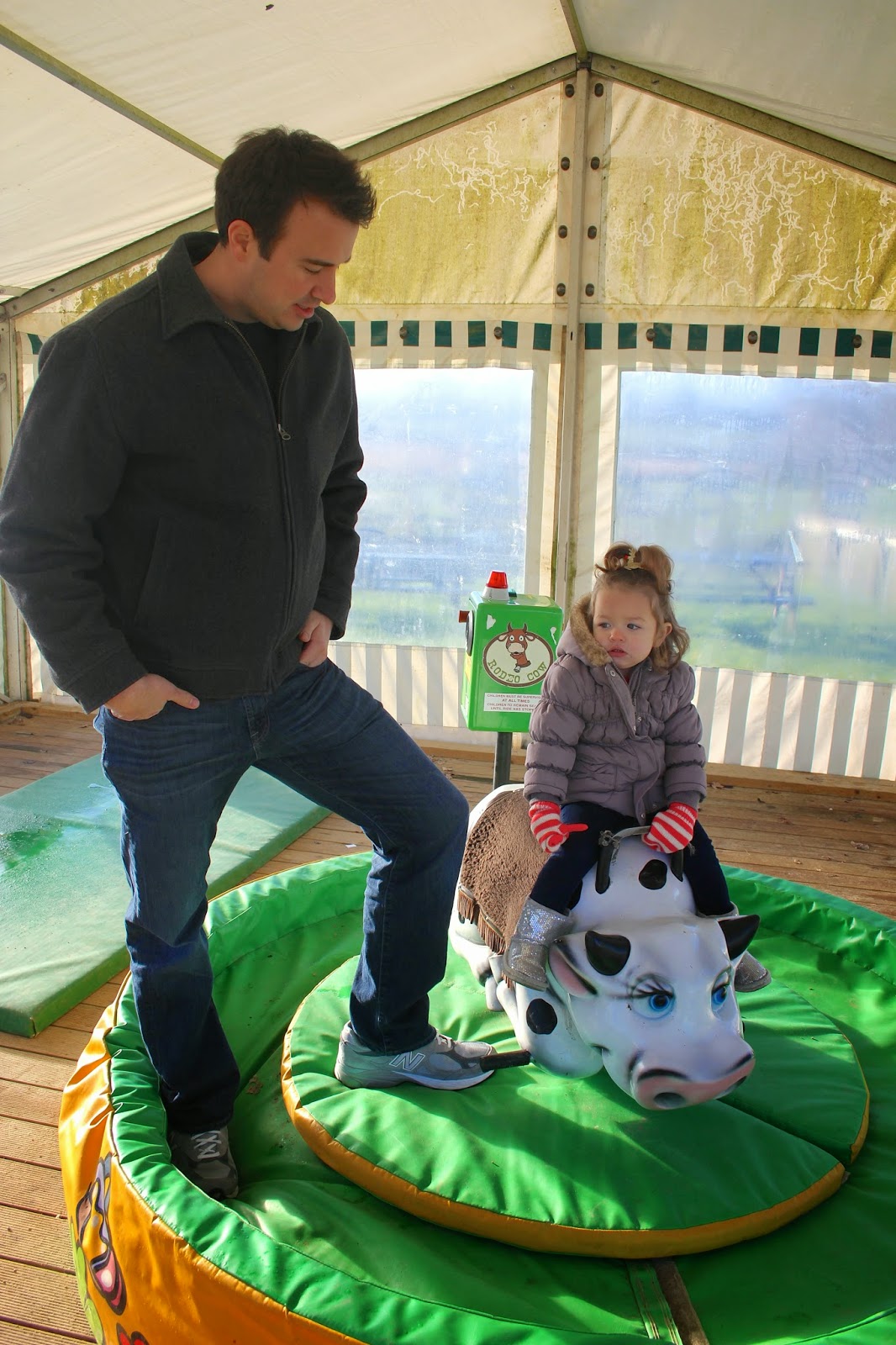 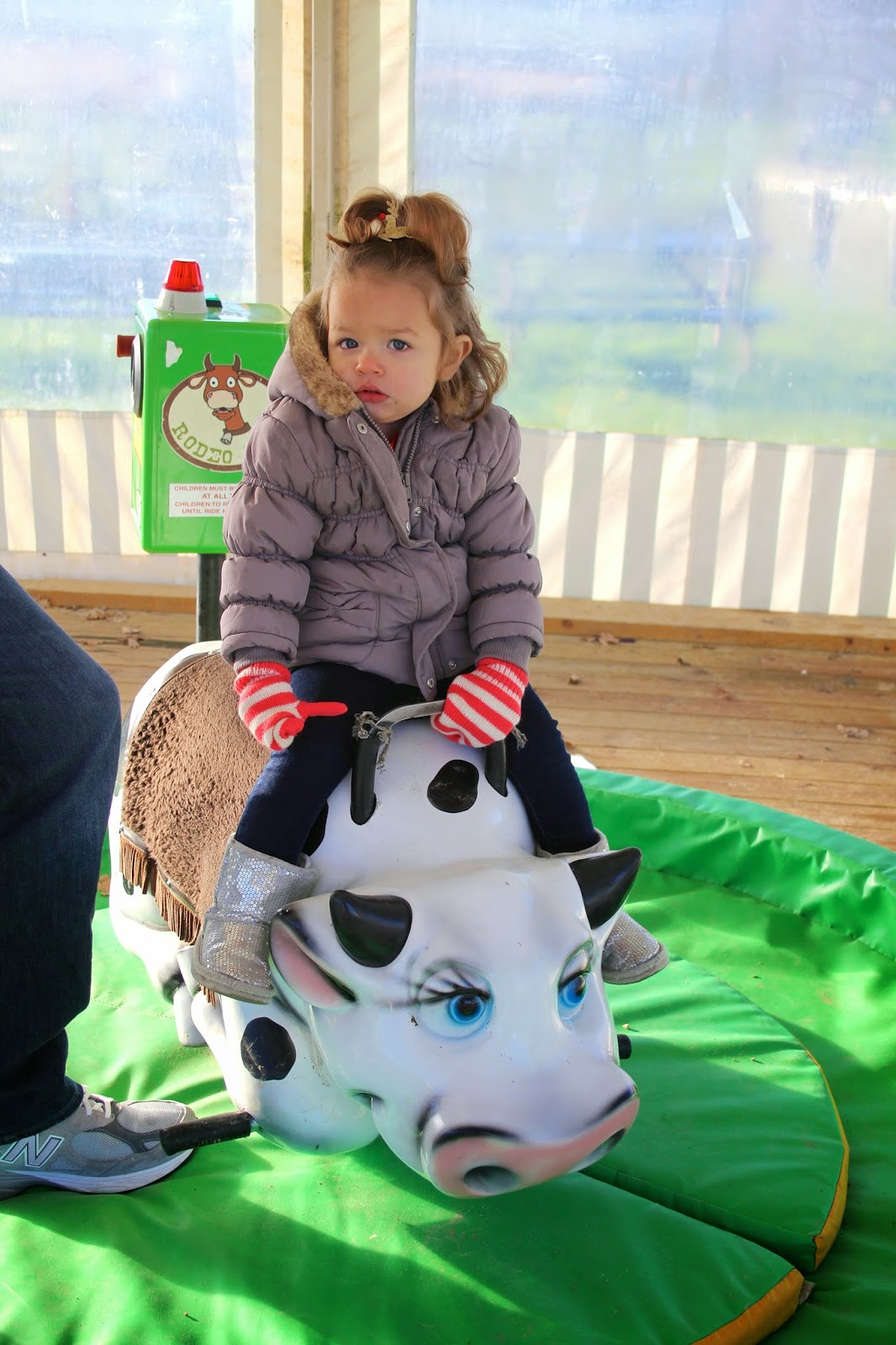 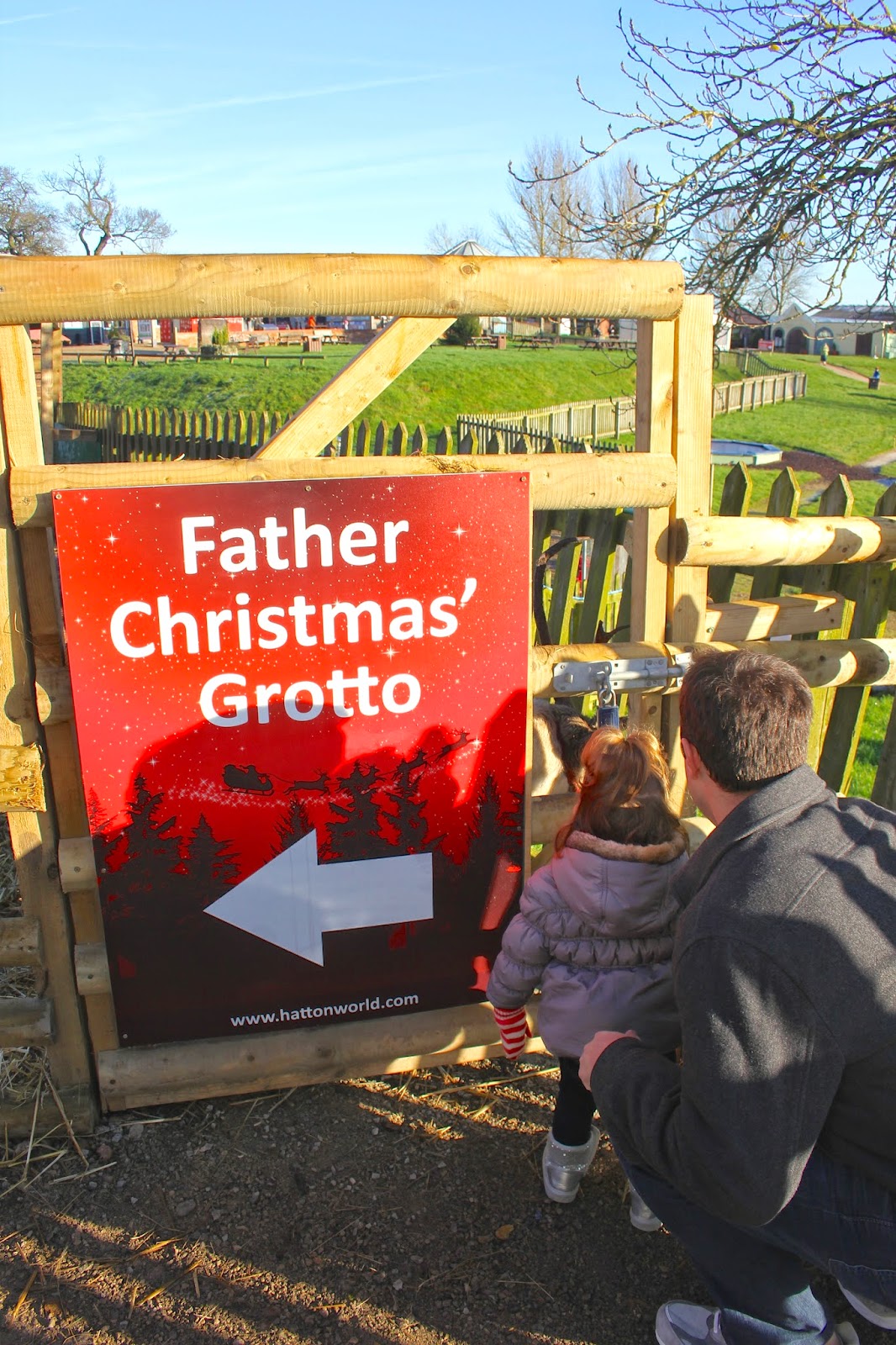 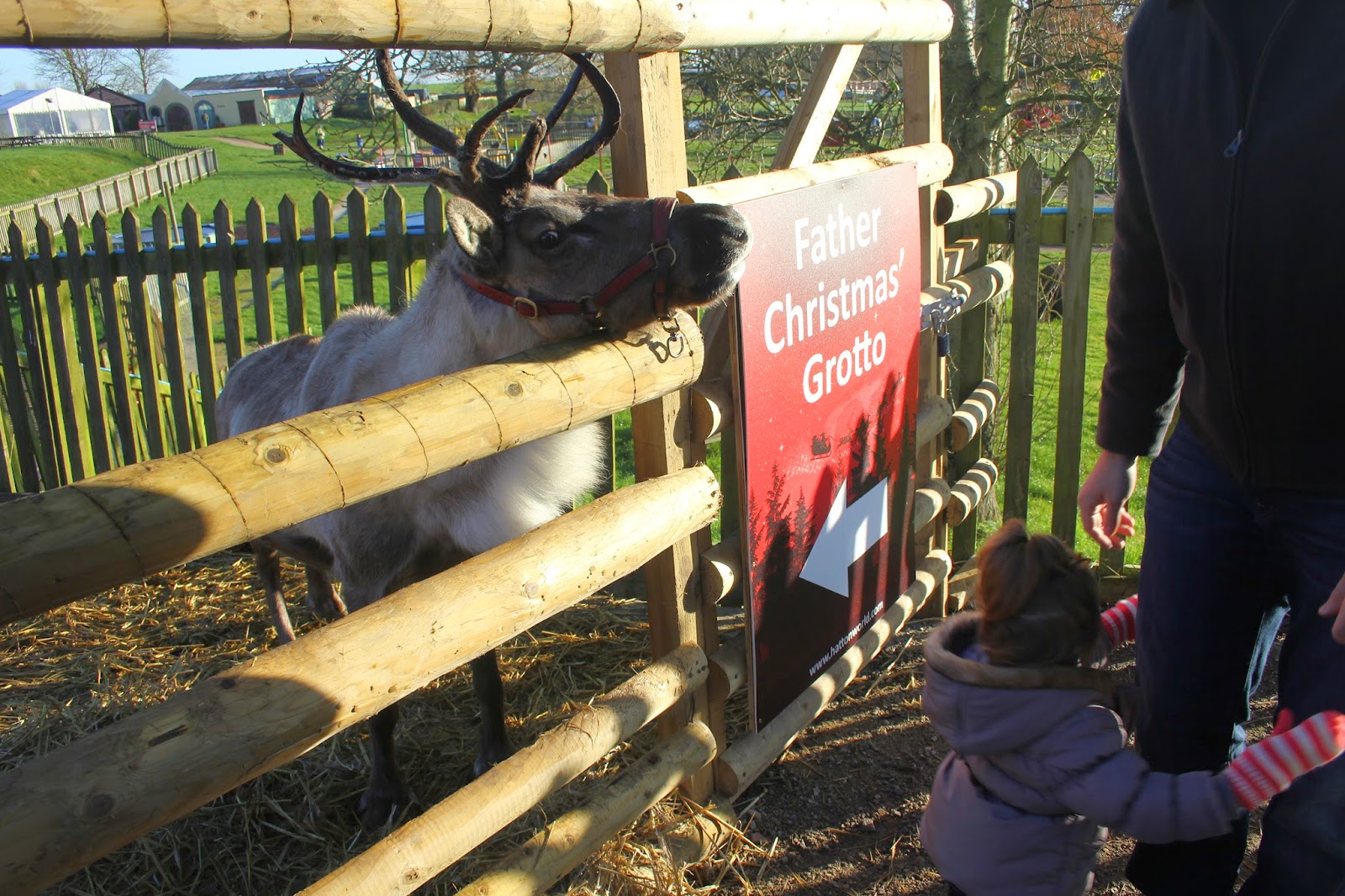 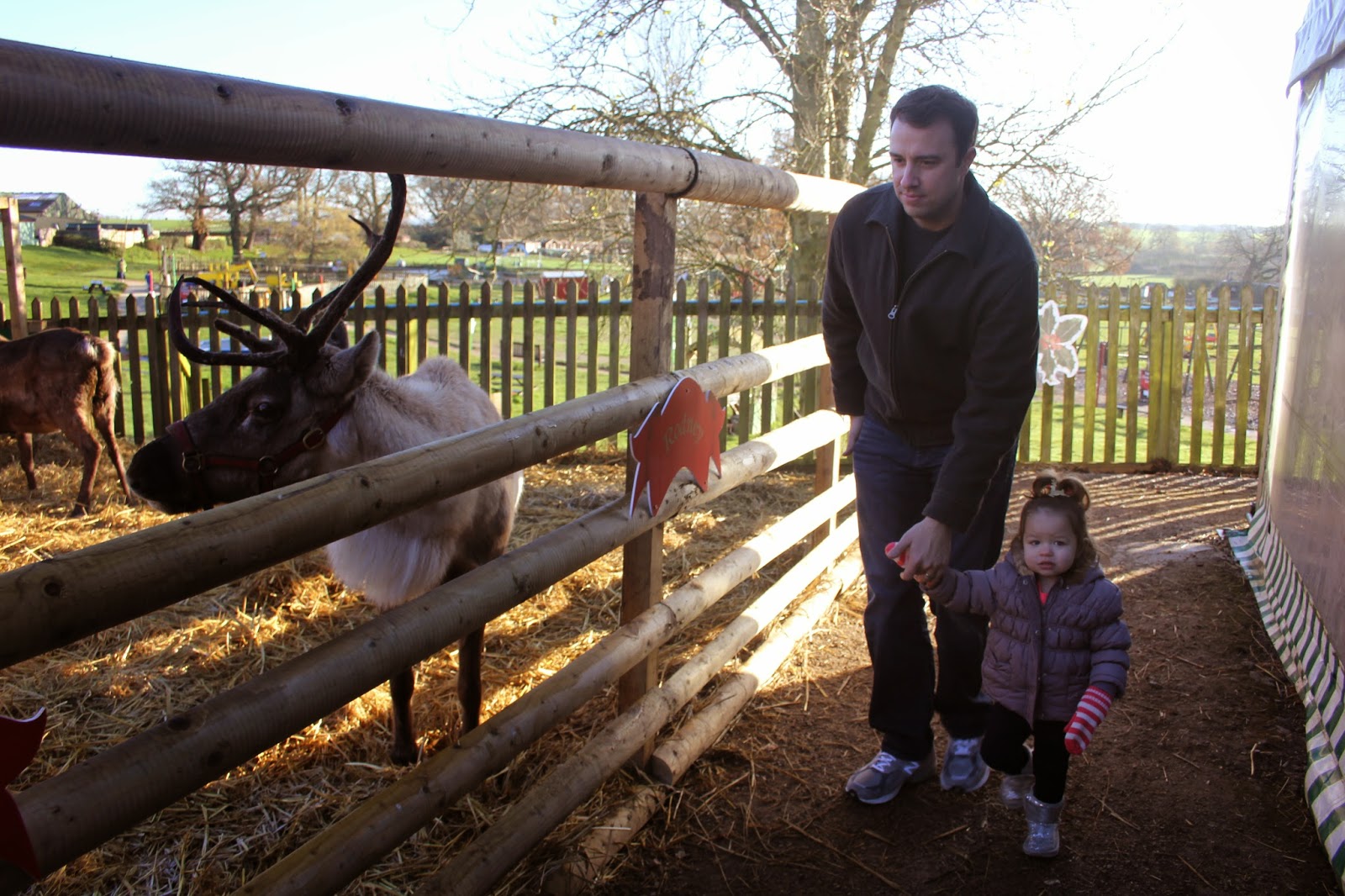 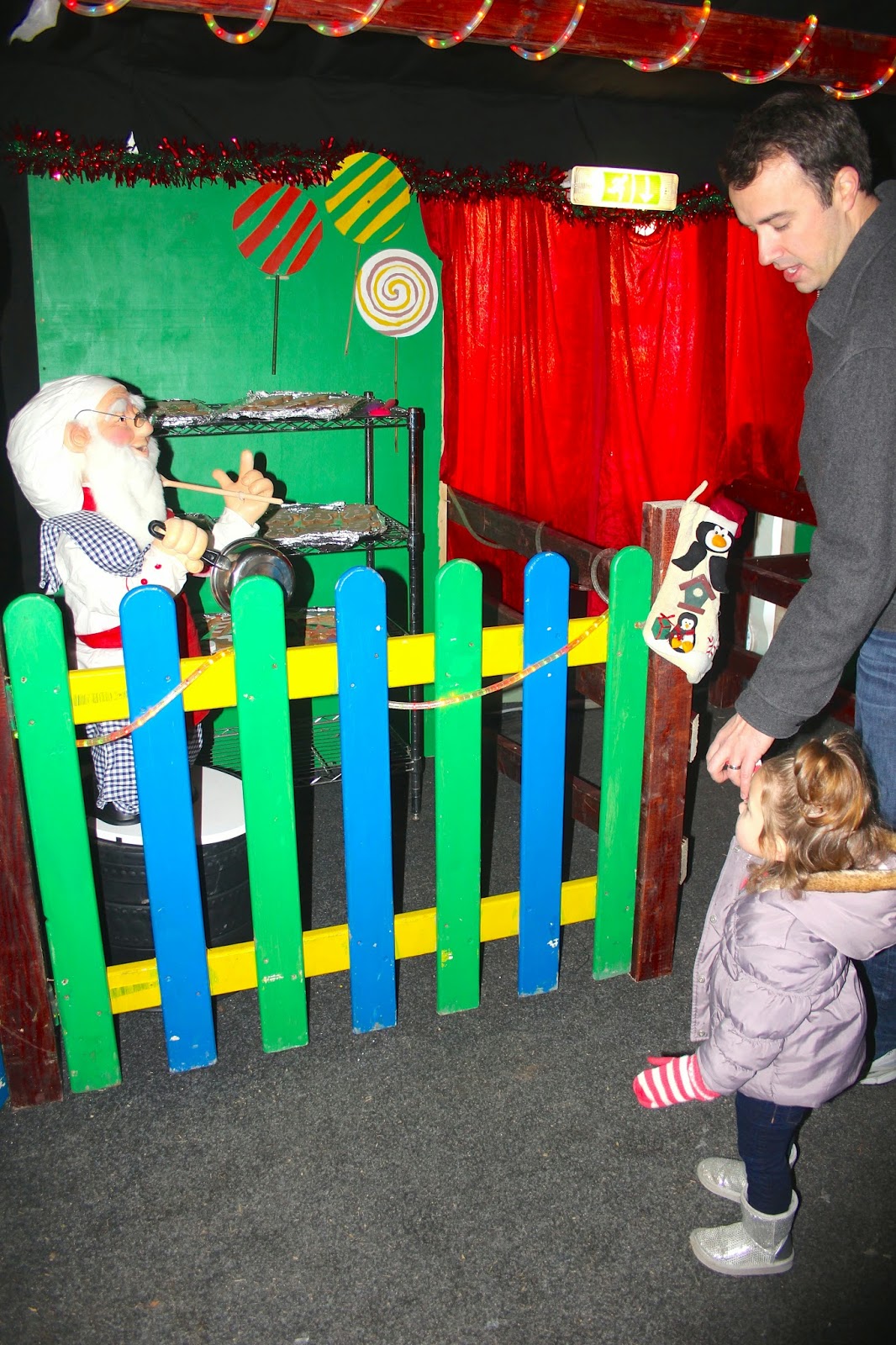 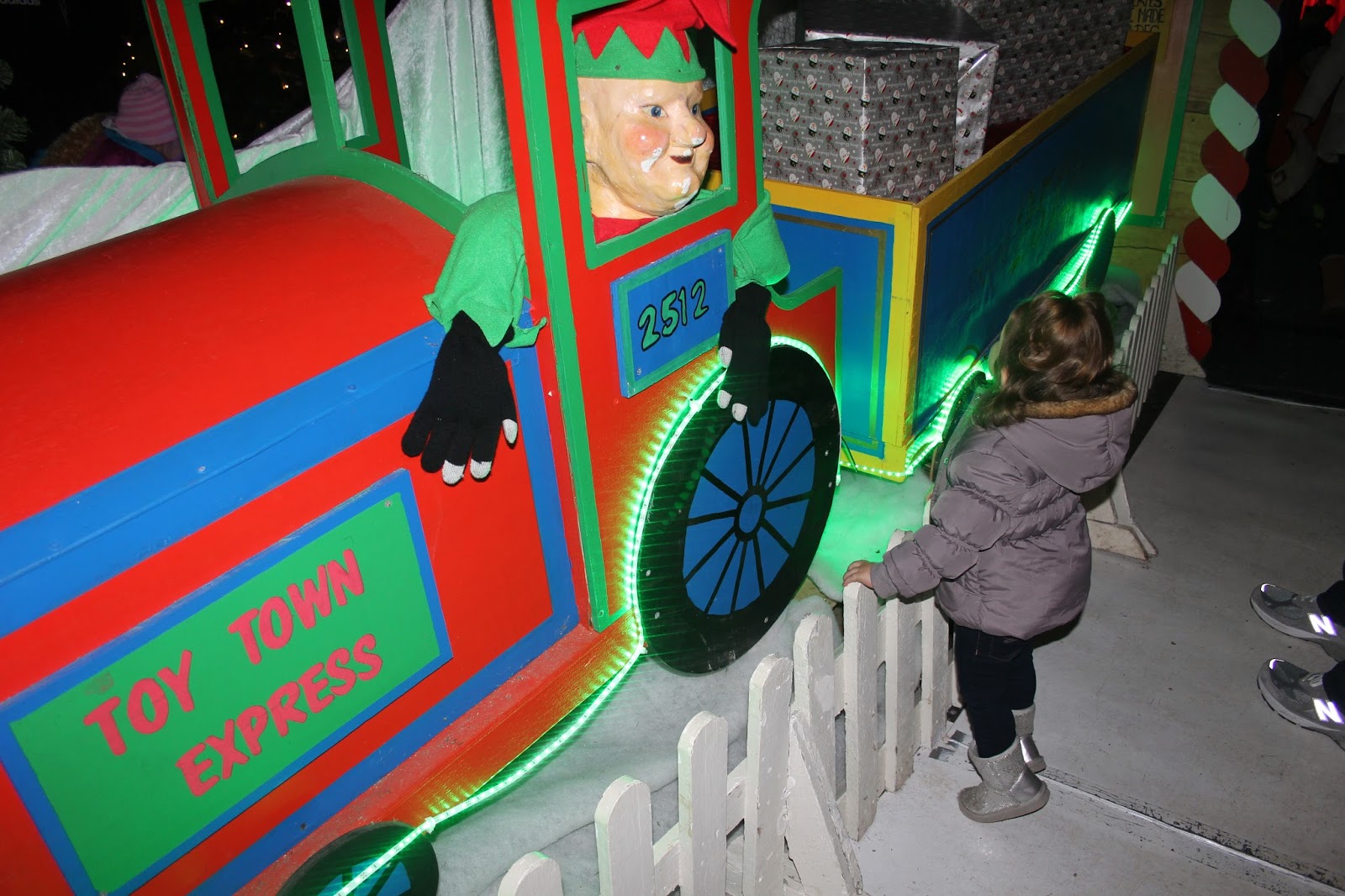 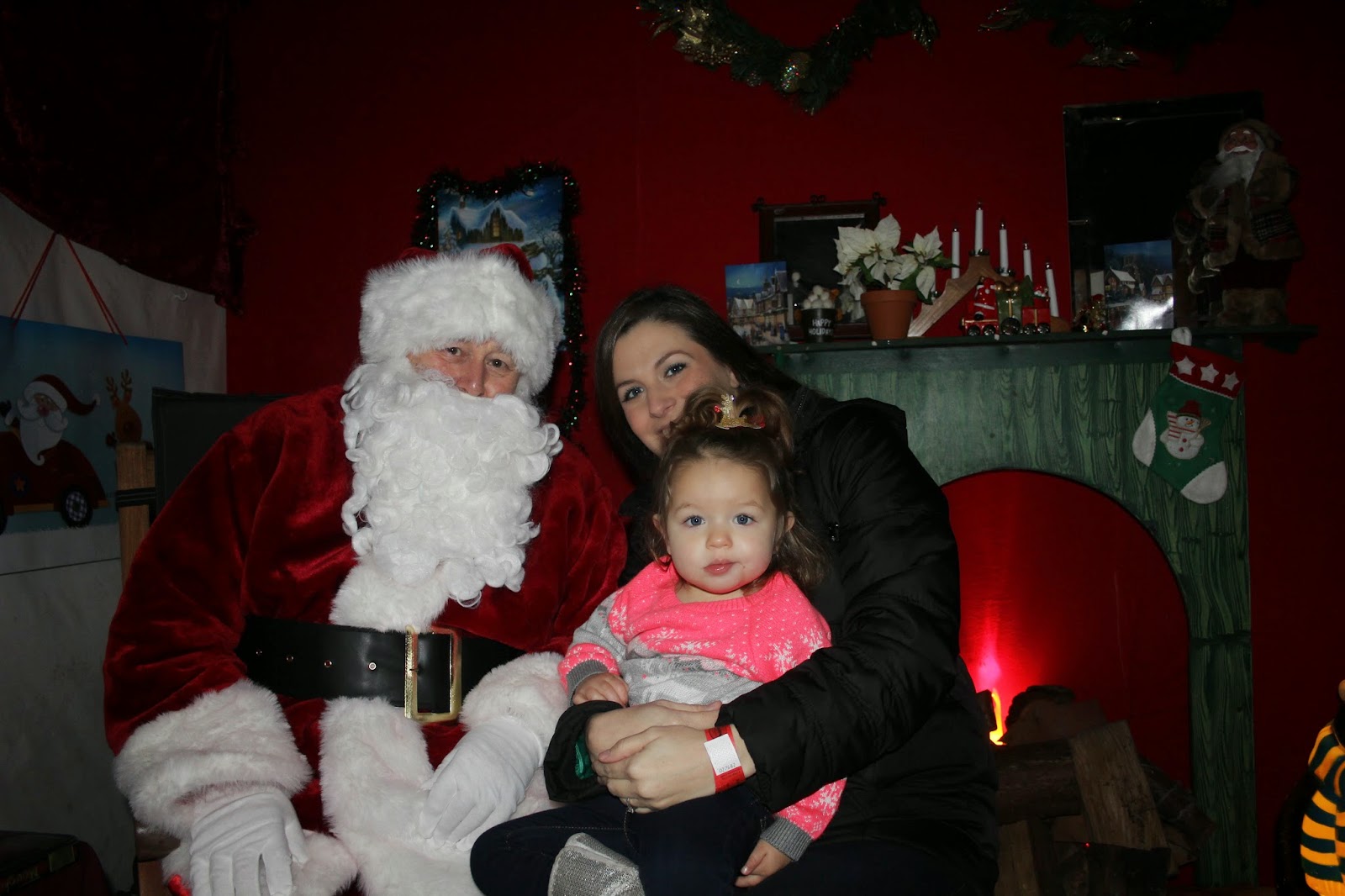 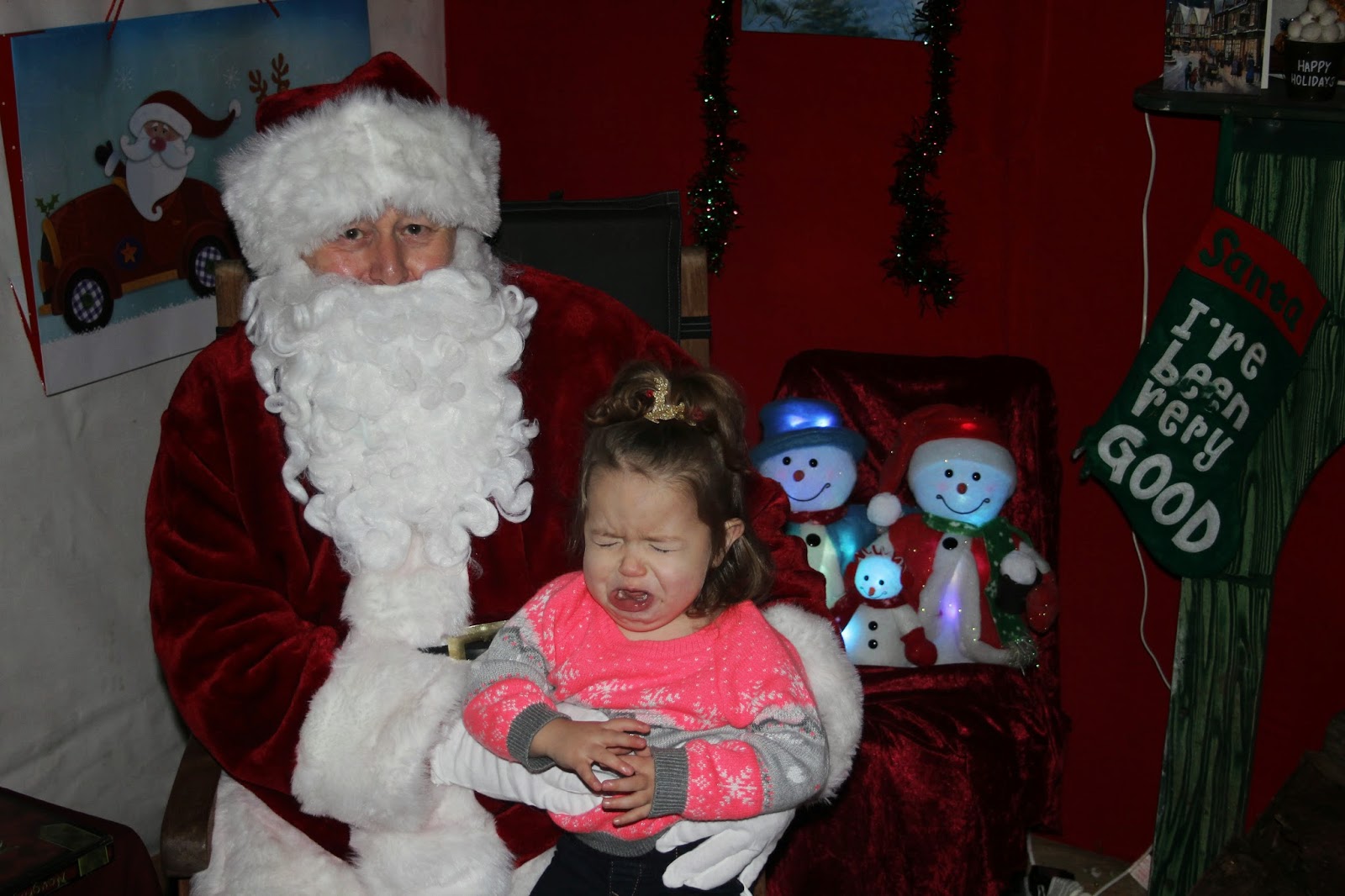 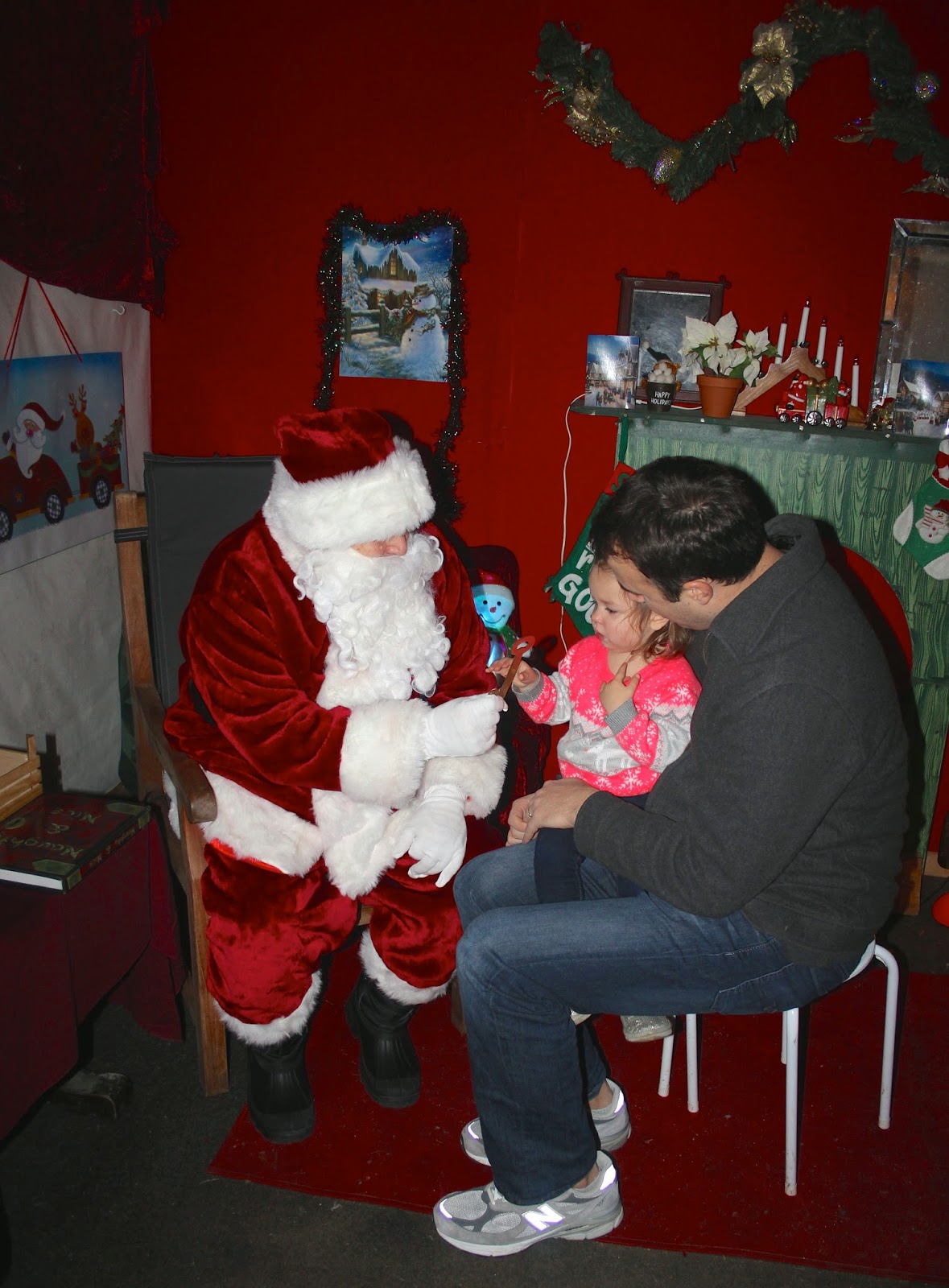 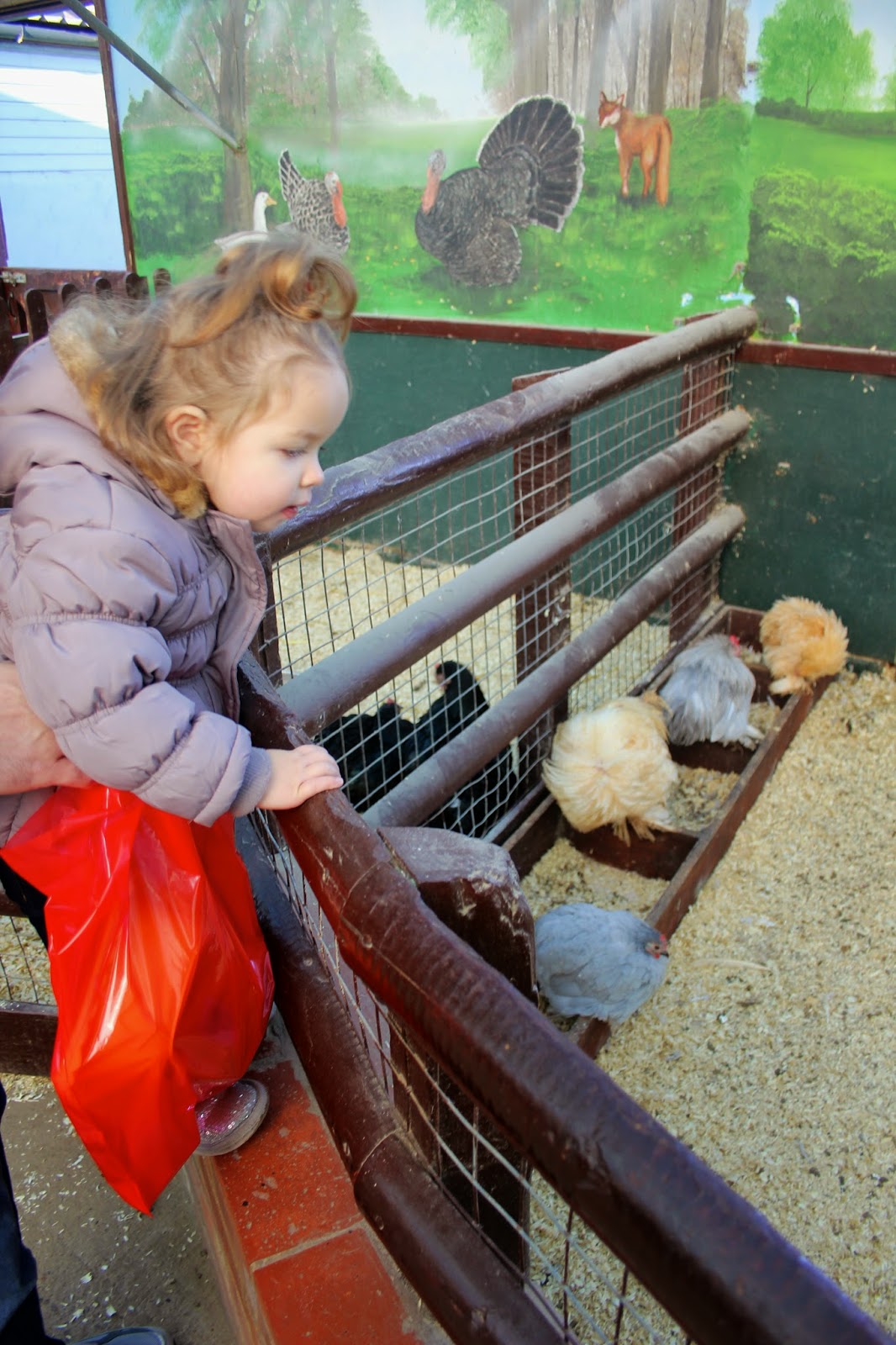 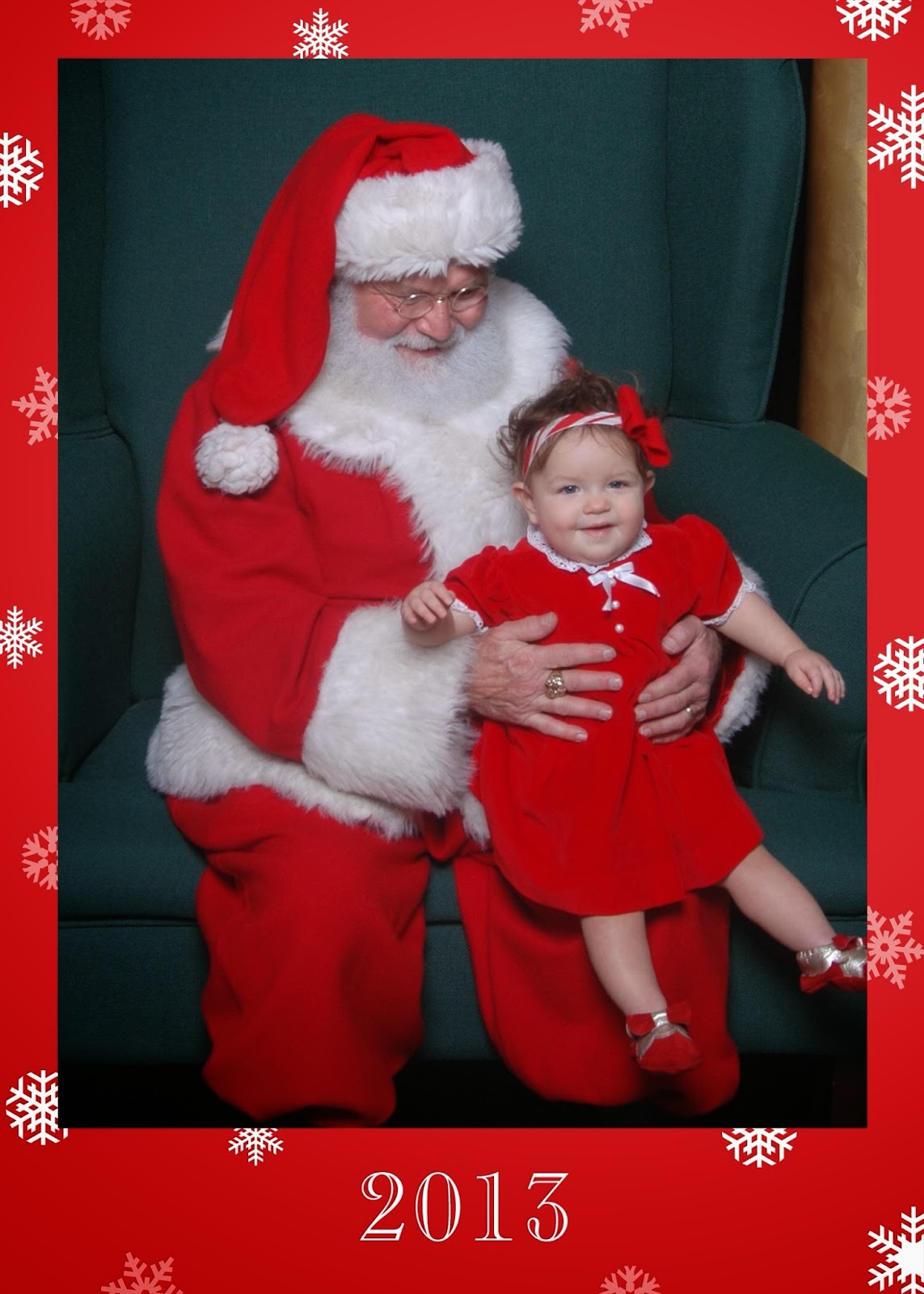 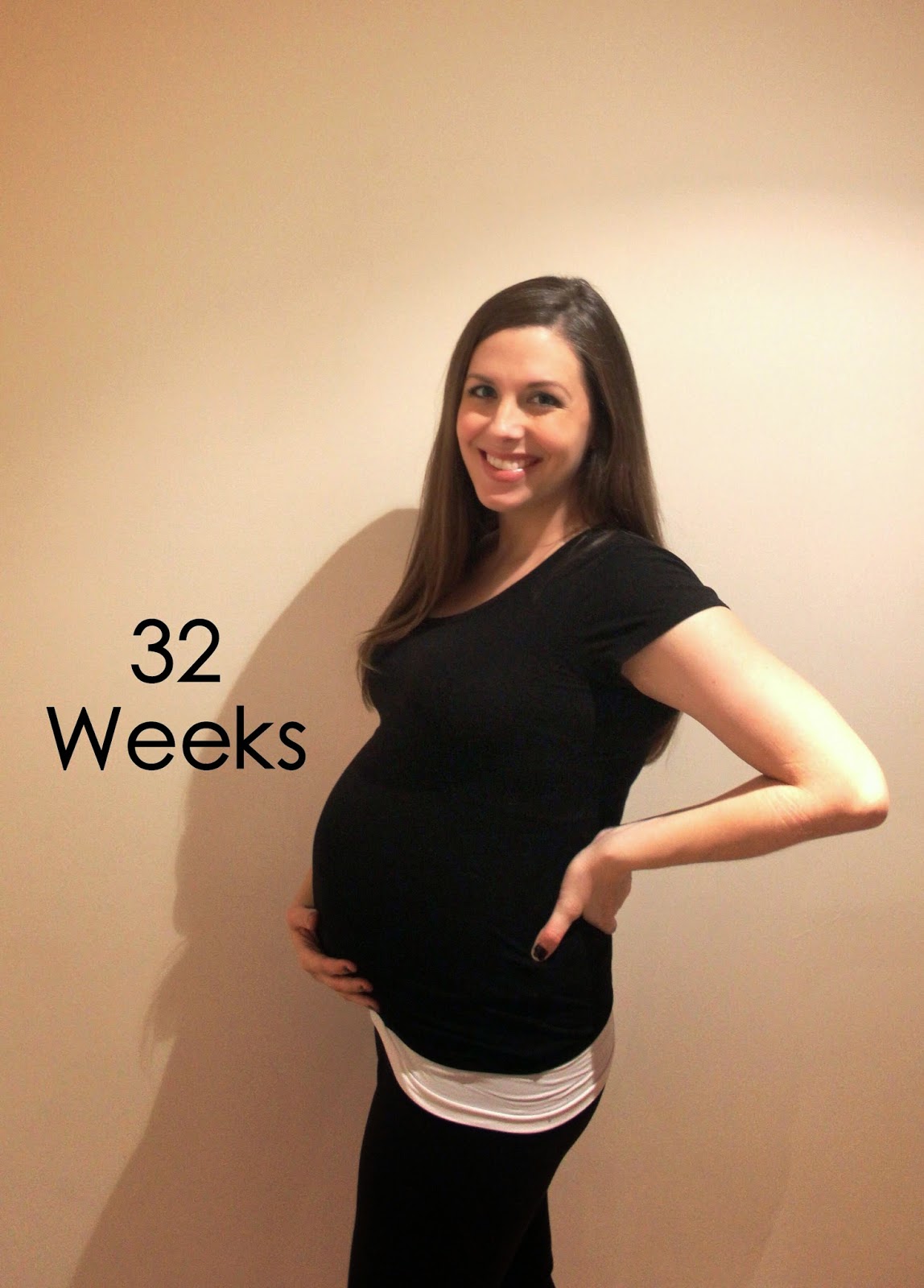 Last time when I was pregnant with Maggie.


How far along: 32 weeks
Size of Baby: 16.7 in & 3.75 lb
Fruit/vegetable comparison: Large Jicama
Total weight gain: 8 pounds (Last time at this week I had gained 23 pounds!  I attribute the less weight to chasing a toddler around, not sitting at a desk all day, not having access to my American junk food, and I'm still getting sick from time to time.)
Sleep: Is not so great.  I get up at least 2 to 3 times a night to use the loo, and every time I reposition I usually have to pop a tums because my heartburn will kick in.  Luckily, all I've had to take are tums so far to keep it in check.  Over the last month my left hip has been bothering me off and on (like last pregnancy).  I finally broke down and took some Tylenol (Paracetamol here) a few weeks back and magically I haven't had to take it again!  Hopefully that was the end of that!  Also, I feel like my mind is always racing so I have a hard time settling down and falling asleep.
Movement: This little lady definitely moves way more than Maggie ever did.  She is getting more cramped in there so her movements aren't as big as they were last month.  But she definitely knows how to throw a party in my belly!
Unglamorous body changes: Still getting out of breath easily.  I've also noticed after walking a short distance (like from the couch to the restroom) my leg muscles will burn like I just walked up several flights of stairs!  So strange!  It's definitely getting harder to bend over and pick up Maggie's toys.  Luckily, the swelling hasn't kicked in yet.  I know I had already started swelling at this point last pregnancy (as you can tell from the picture above).
What I miss: Getting around easily!
Best moment this month: Seeing our little girl on a 3D ultrasound.  We had to go twice because the first time she was breech and had her hand over her face.  The second time she was head down (ya!) so we could see her a little better.  She was already pretty low so one part of her face was smooched by my uterus and the other side was smooched by my placenta.  But we did get a couple of good looks and from what I can tell she totally looks like her sister.  She definitely showed off her pouty lips!
Earlier in my pregnancy they noticed my placenta was a little too low but at this last ultrasound it looks like we are in the clear!  Woo hoo!  Finding out she was head down was great but now we just need her to spin from posterior to anterior.  :)
We have a name!  But we are keeping it under wraps until she's born.  It will be a fun surprise!
Looking forward to: All the Christmas activities and getting all the last minute things before baby sister arrives.  We are also super excited for Ryan's little sister, Sally, and her husband, Evan, to visit us over Christmas & New Years.

We are in the home stretch!