Ok, so I am finally finishing up the posts on my mom's trip to England!  I thought it was about time since there have been other visitors, trips, and we are now about to leave for a trip to America.  ;)

On the last leg of Nana's whirl wind tour of the UK, we spent a few days in London.  I seriously think this is my favorite city in the world. 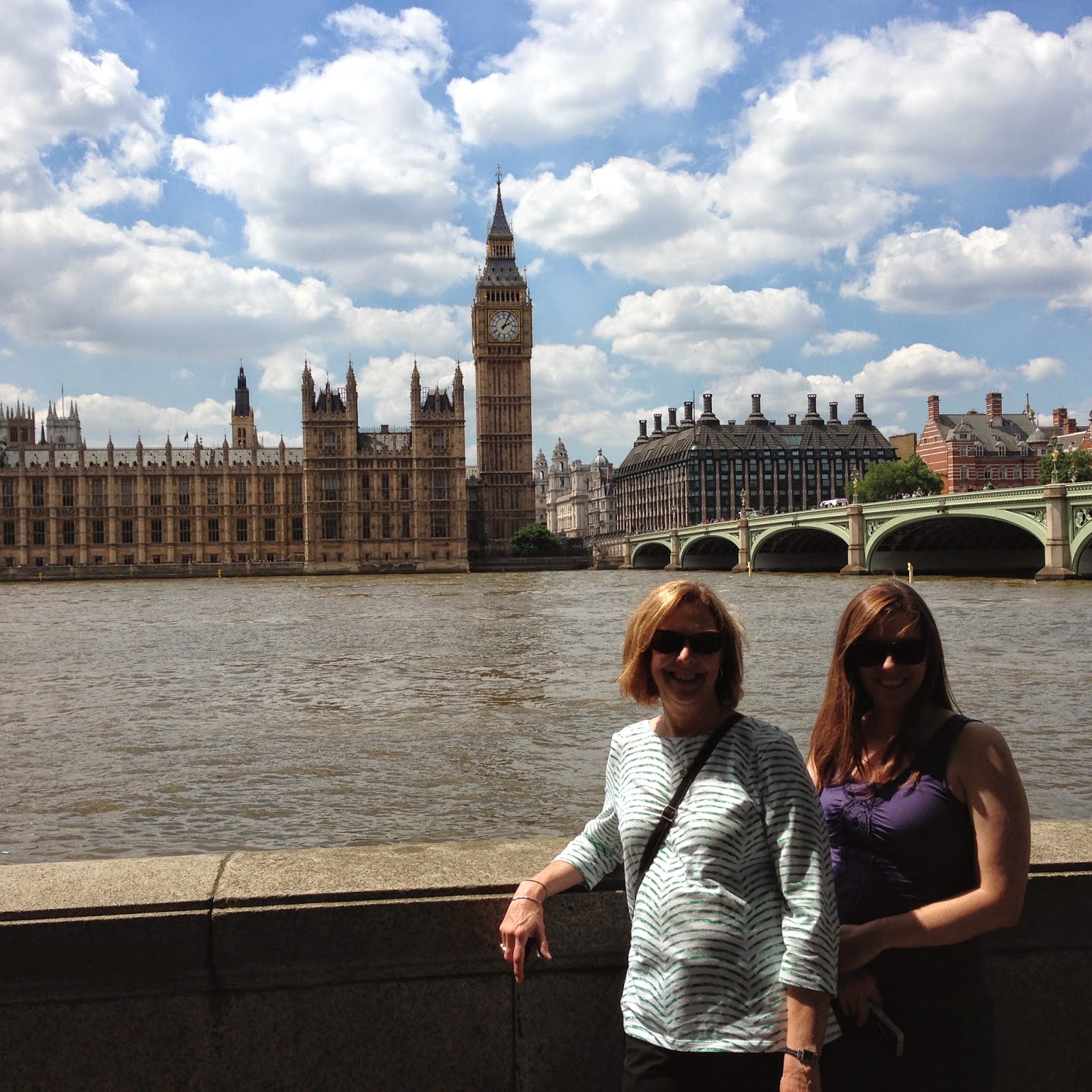 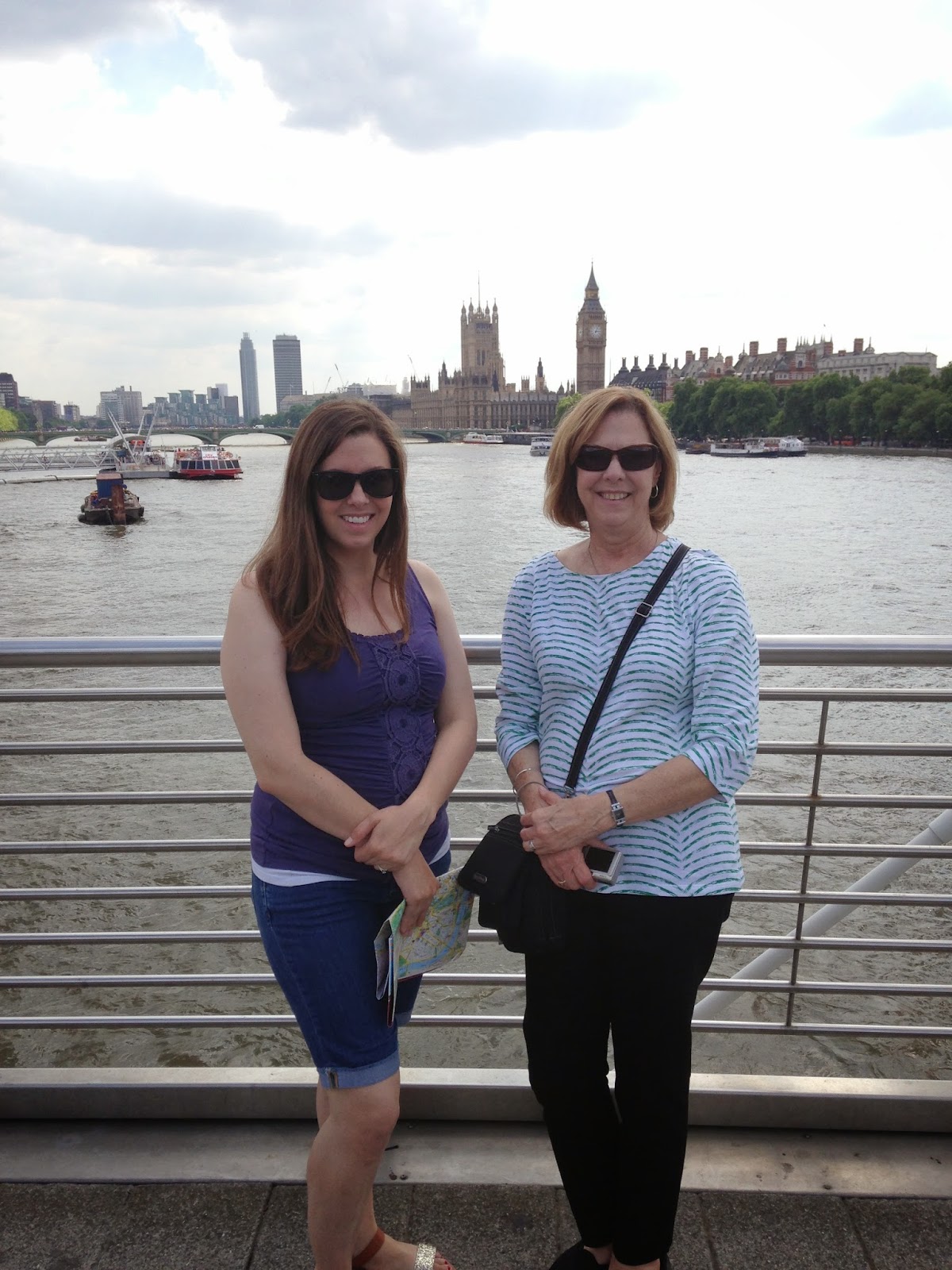 Another shot of Big Ben, The Houses of Parliament and River Thames. 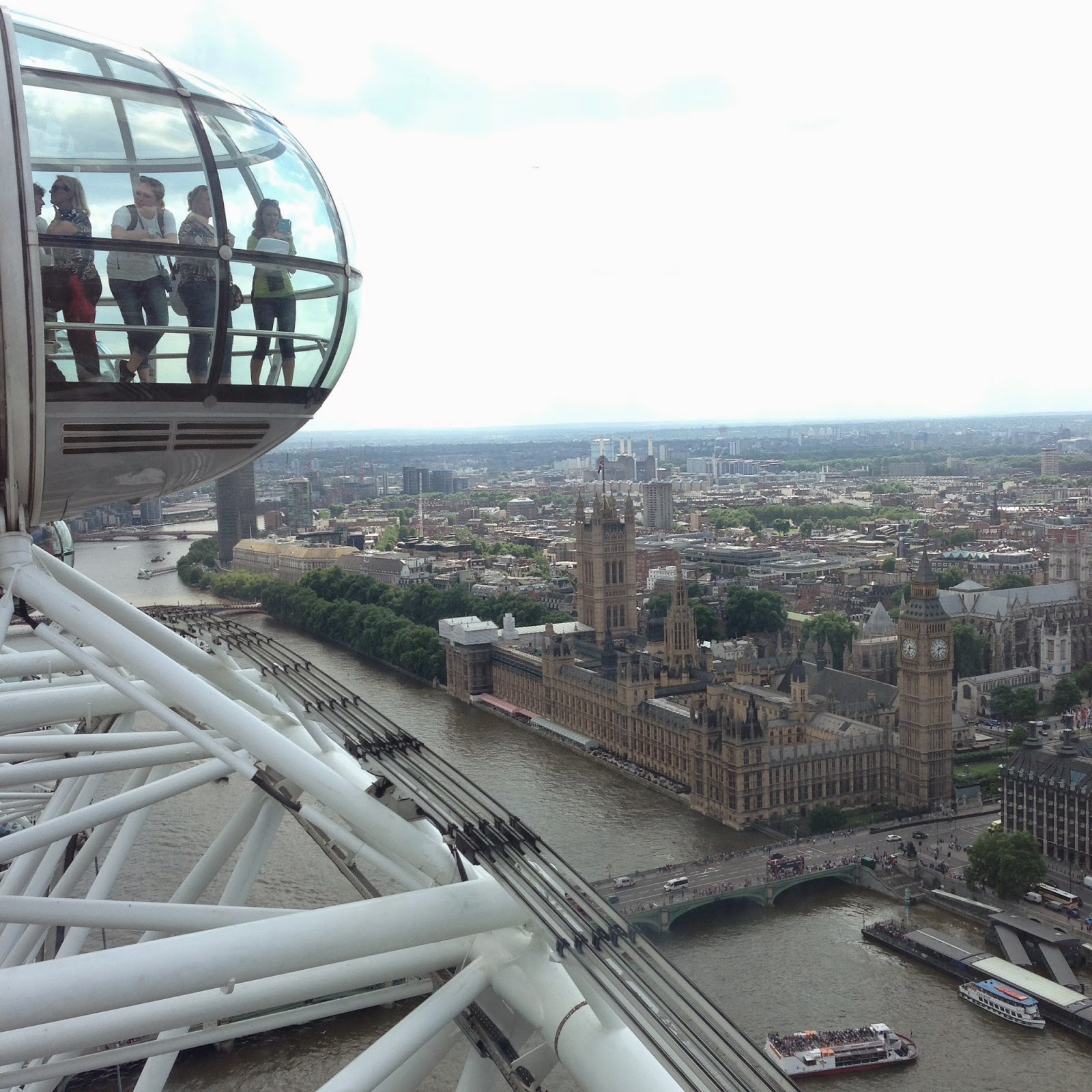 This my mom's first time to London and our first time riding the London Eye. 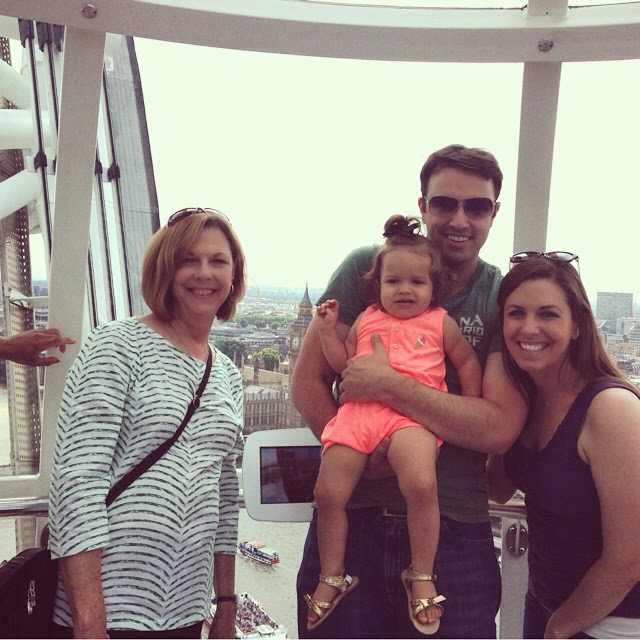 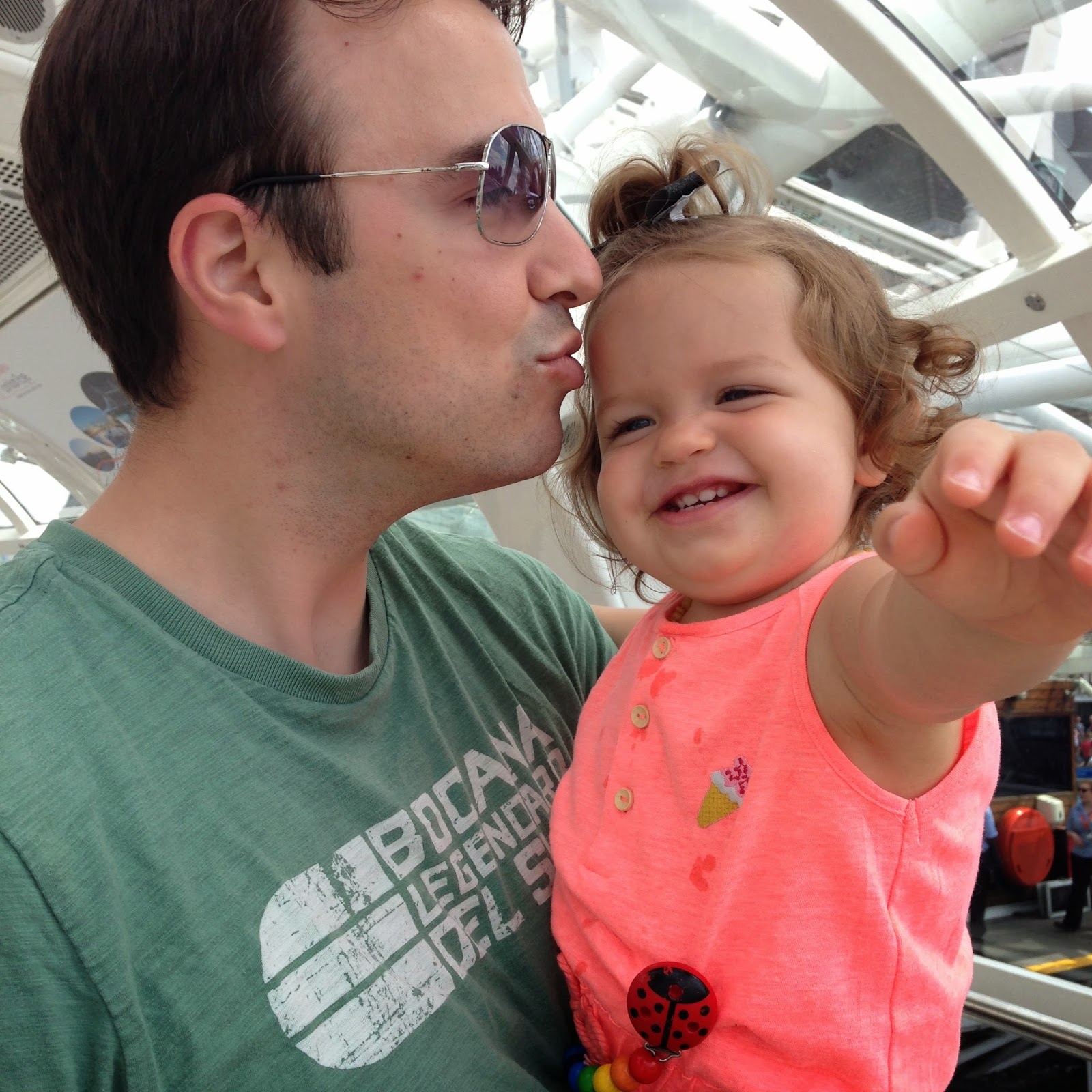 Maggie had a blast socializing with everyone riding in our compartment. 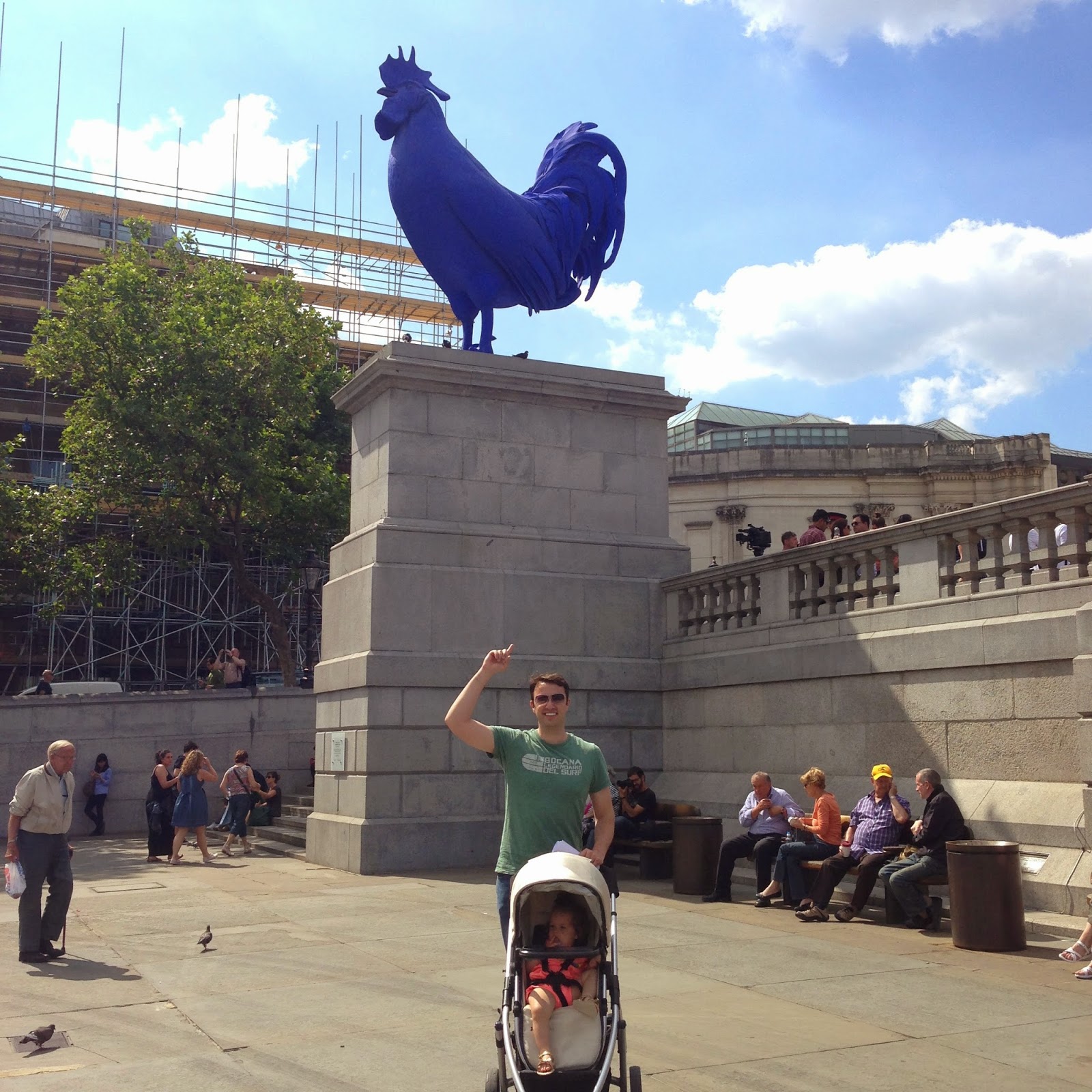 Giant Blue Rooster in Trafalgar Square.  We were trying to partition The City Girl Farm gals to use this fellow as their inspiration to make their next chicken.  :) 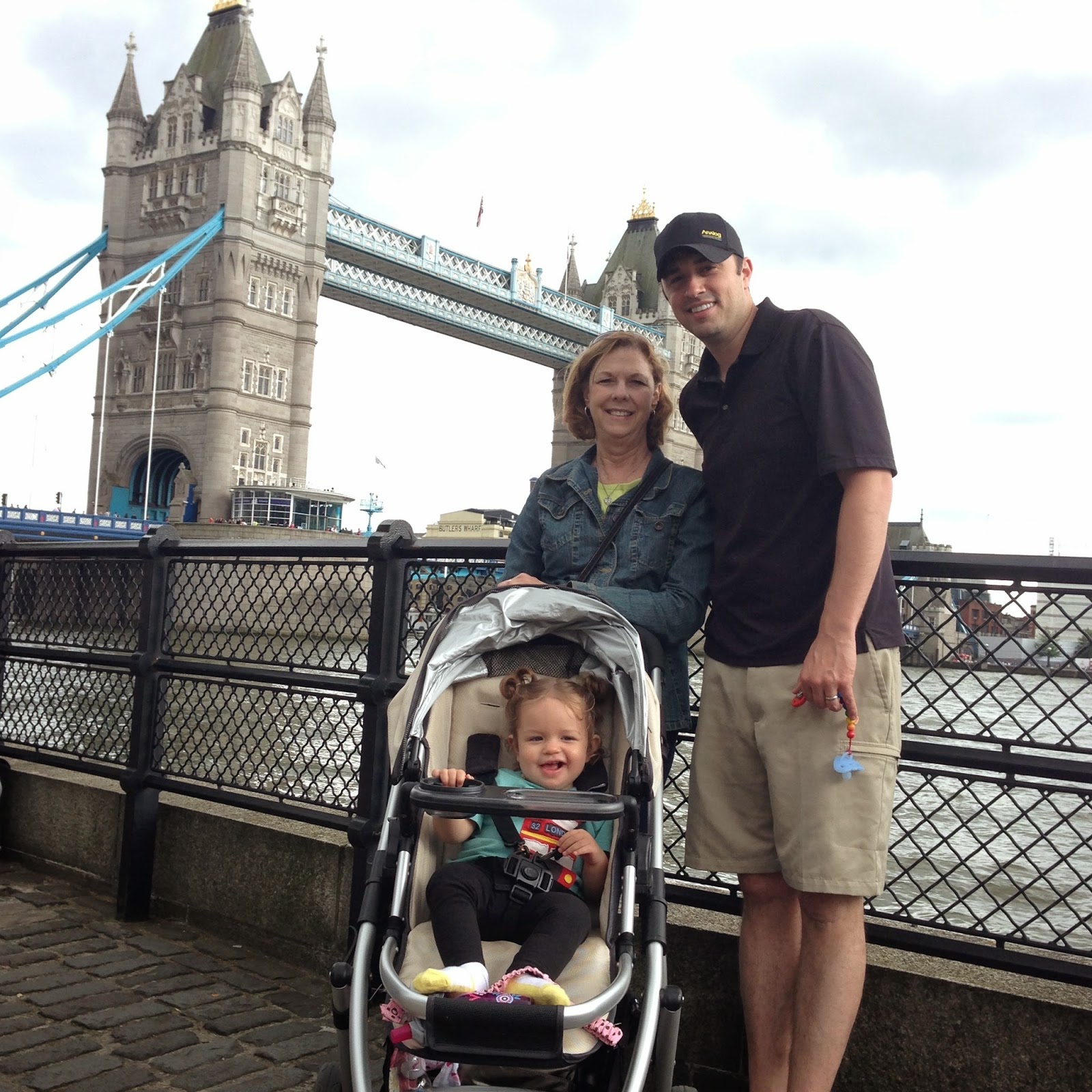 Maggie, Nana & Ryan in front of the Tower of London. 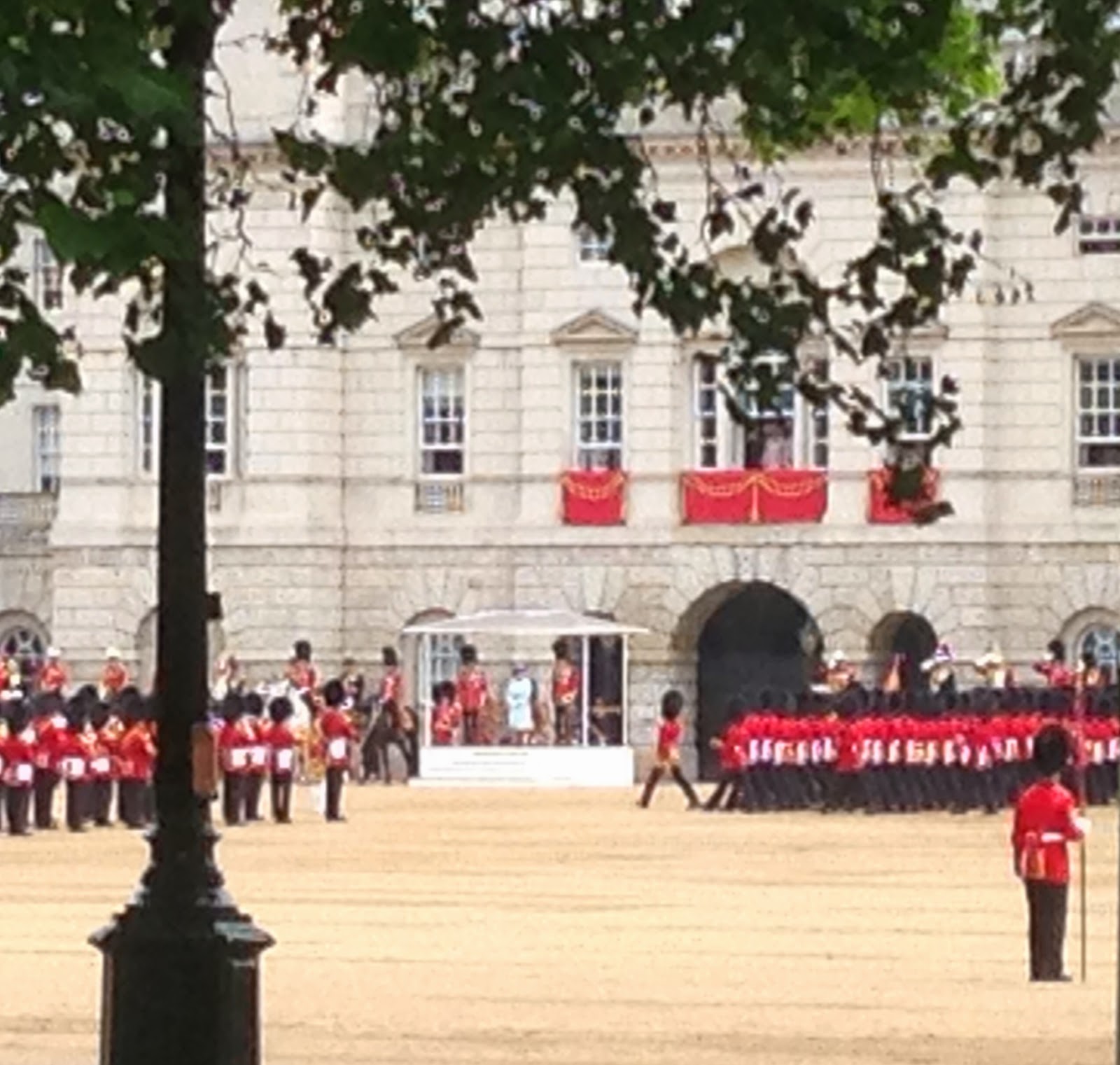 Little did we know that the weekend we were visiting London was the Trooping of the Colour.  That means it was the weekend they celebrated Queen Elizabeth II's official birthday (even though it wasn't her actual birthday).  We just happened upon the celebration and joined the crowds of people trying to get a picture.  This pic is blurry because it was so zoomed in.  Once they are done there, they parade down a street called The Mall to Buckingham Palace to finish the big celebration. 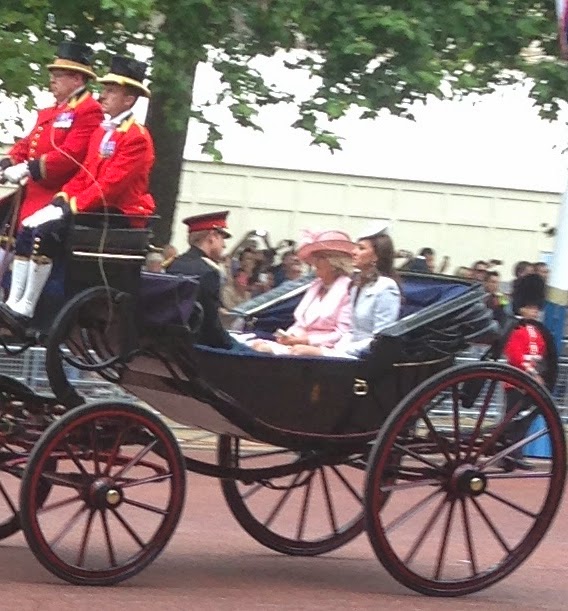 I got a snap shot of Camilla, Kate Middleton and Prince Harry.  We actually saw them the day before randomly driving past us with Prince William!! 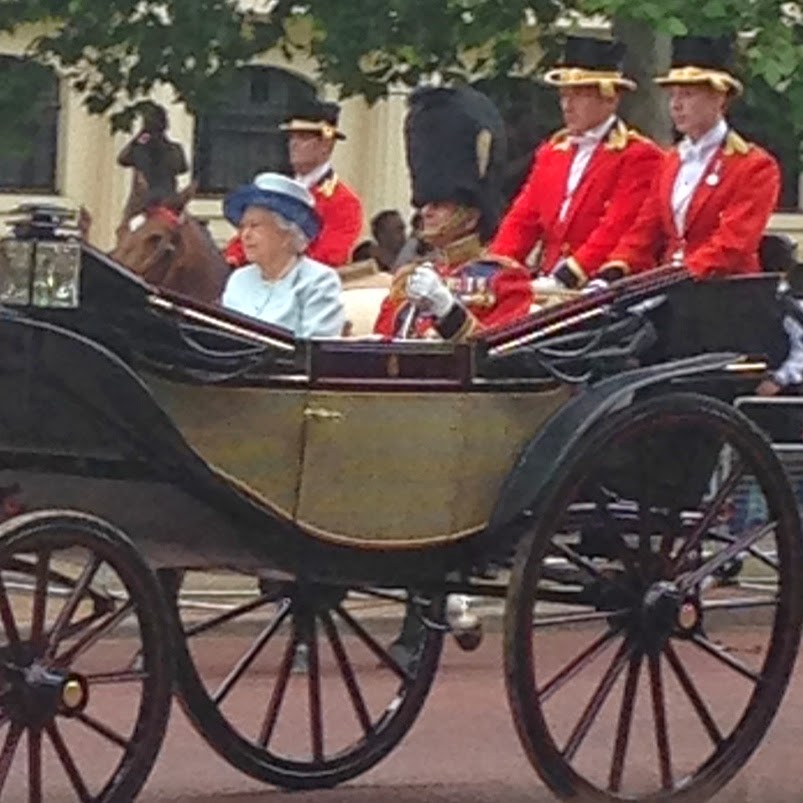 Maggie absolutely loved watching the parade.  I think her favorite part was watching all the horses.
Here is a short video of some of the action which includes seeing the Queen, and Maggie's reaction to her (about half way through).

That night my mom was sweet enough to let Ryan & I out for a date night on the town.  I've been dying to see the musical Wicked for awhile, and Ryan surprised me with tickets! 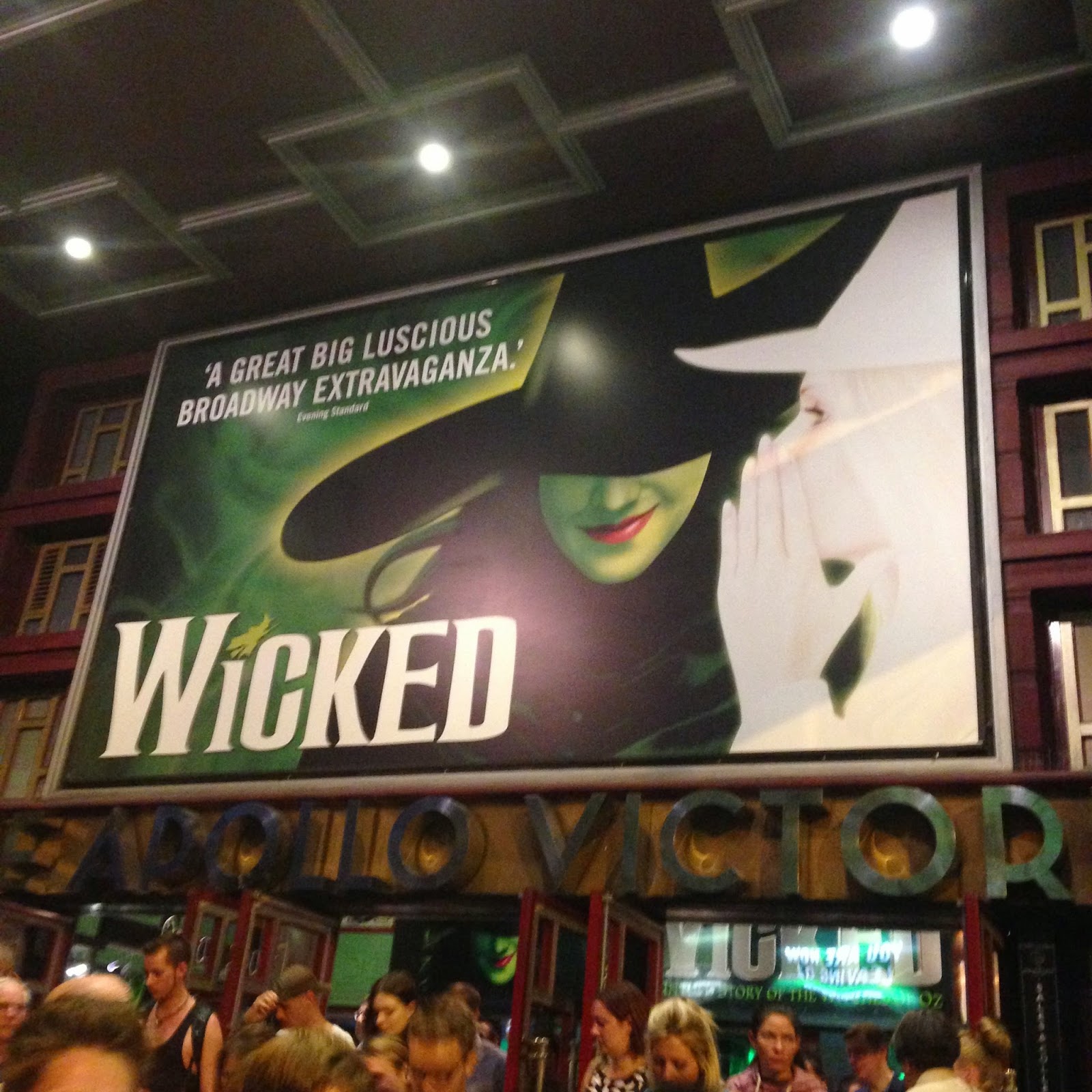 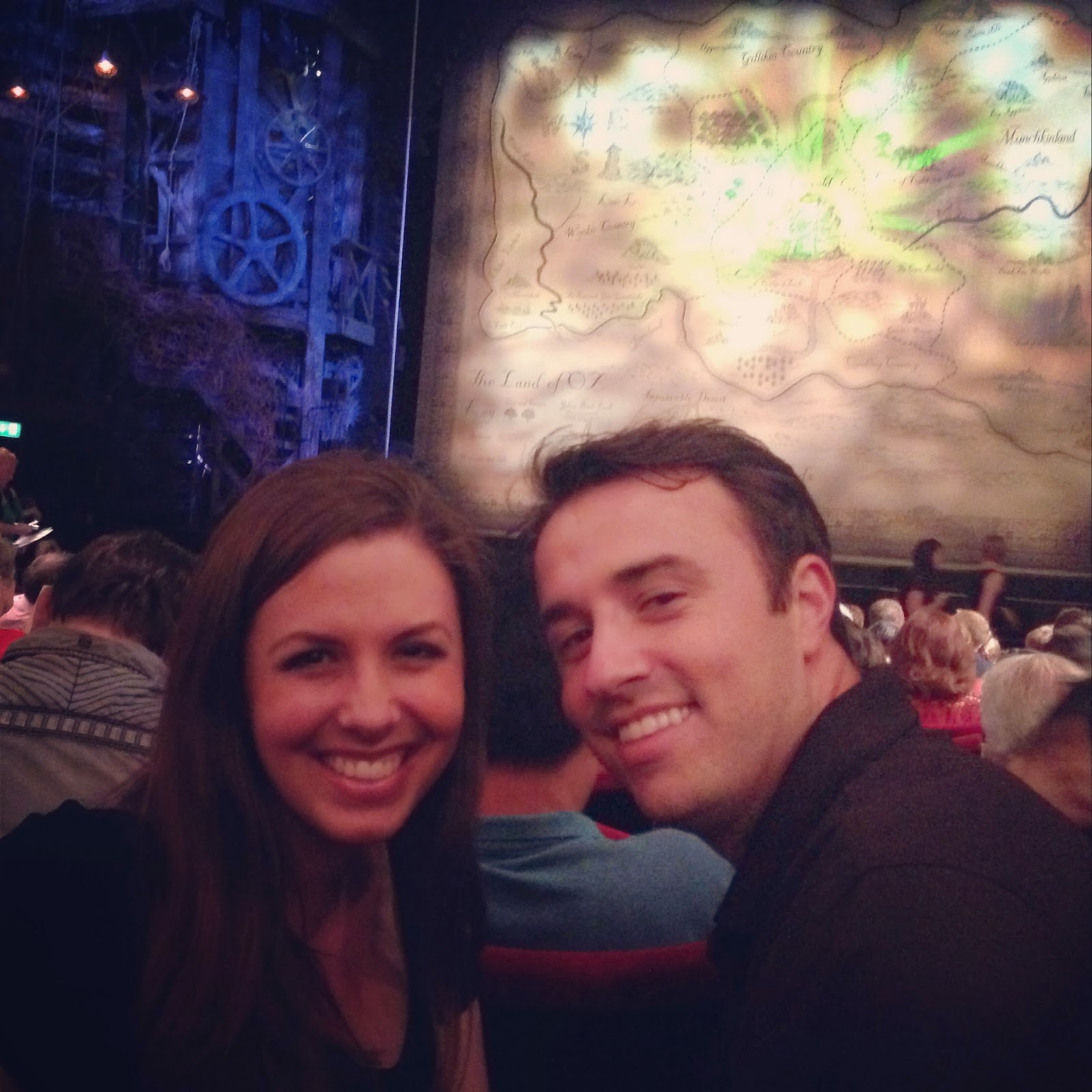 The show did not disappoint!  I would definitely see it again. 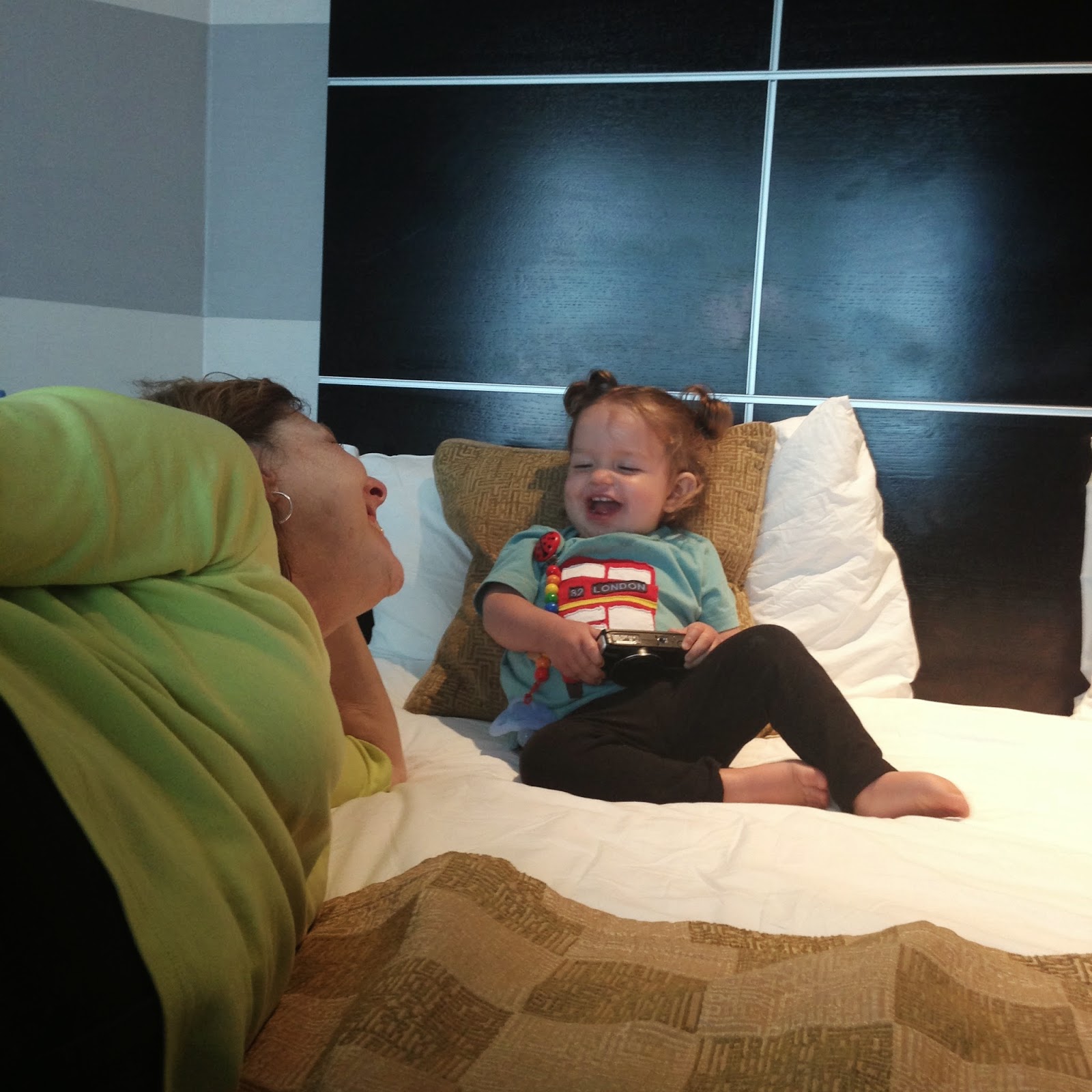 I'm pretty sure Nana & Maggie were having a grand old time back at the hotel.  They kind of love each other. :) 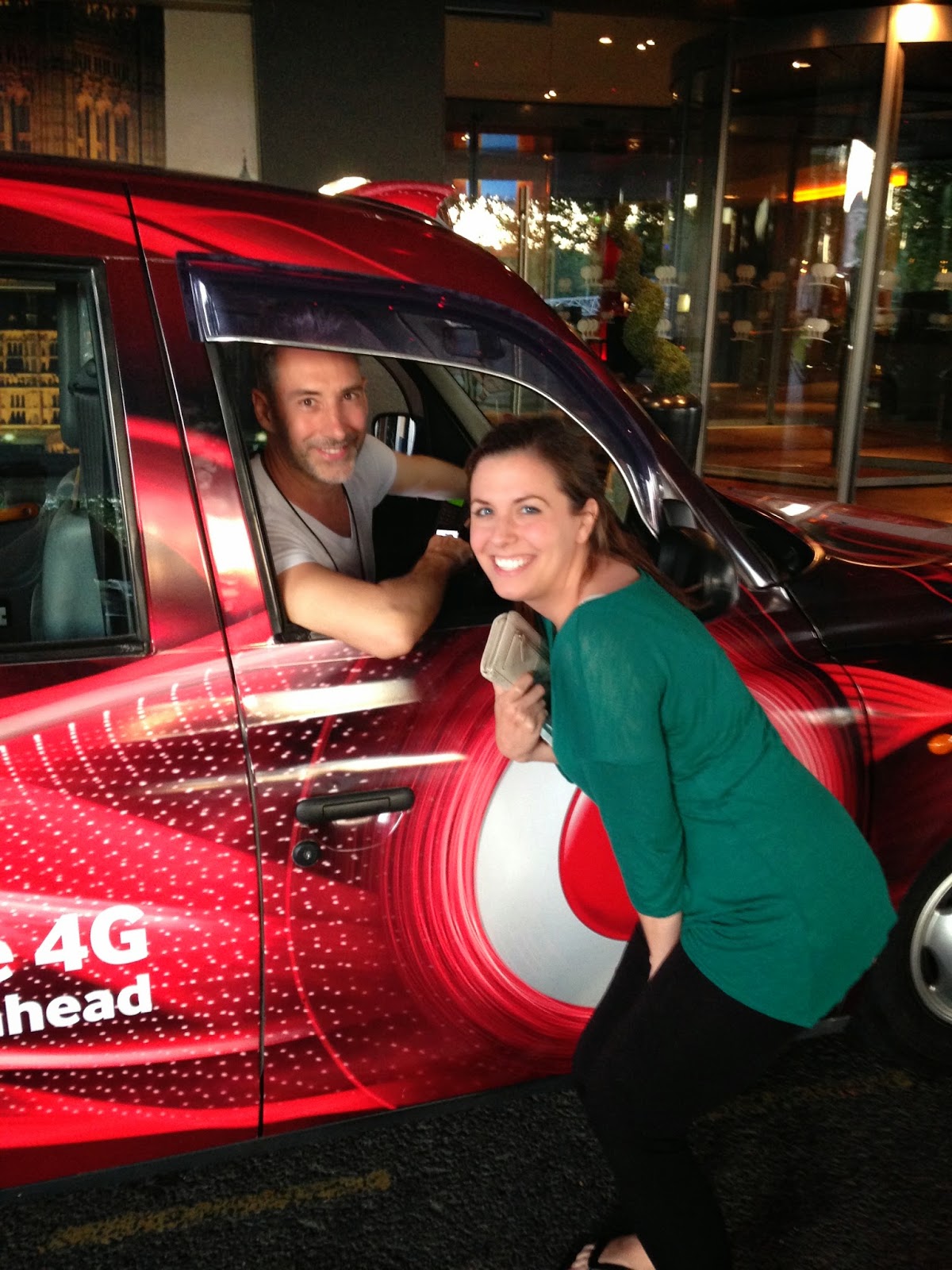 On a side note, the last day we were there I lost my wallet somewhere in London.  I didn't realize it until several hours later, which at that point I knew it was gone forever.  I was pretty devastated because it had my whole life in it, and I was kicking myself for carrying around so much valuable information!!  It kind of put a damper on the weekend for me.  After a last ditch effort to try and find it, we called it quits and headed back to the hotel.  Low and behold, I realized my cell phone had turned off because the battery was dying.  I decided to try and turn it on, at which point I saw I missed a bunch of phone calls and voicemails!!  My phone's battery lasted long enough for me to get the message that a taxi cab driver found my wallet and write down his number!!  Miracle I tell you!!! This sweet, sweet man drove all the way to our hotel to return my untouched wallet with everything still in it!! He said he found it on the side of a curb.  I must have dropped it getting out of another taxi earlier that day!!  Needless to say, this man got a big tip from us!!! 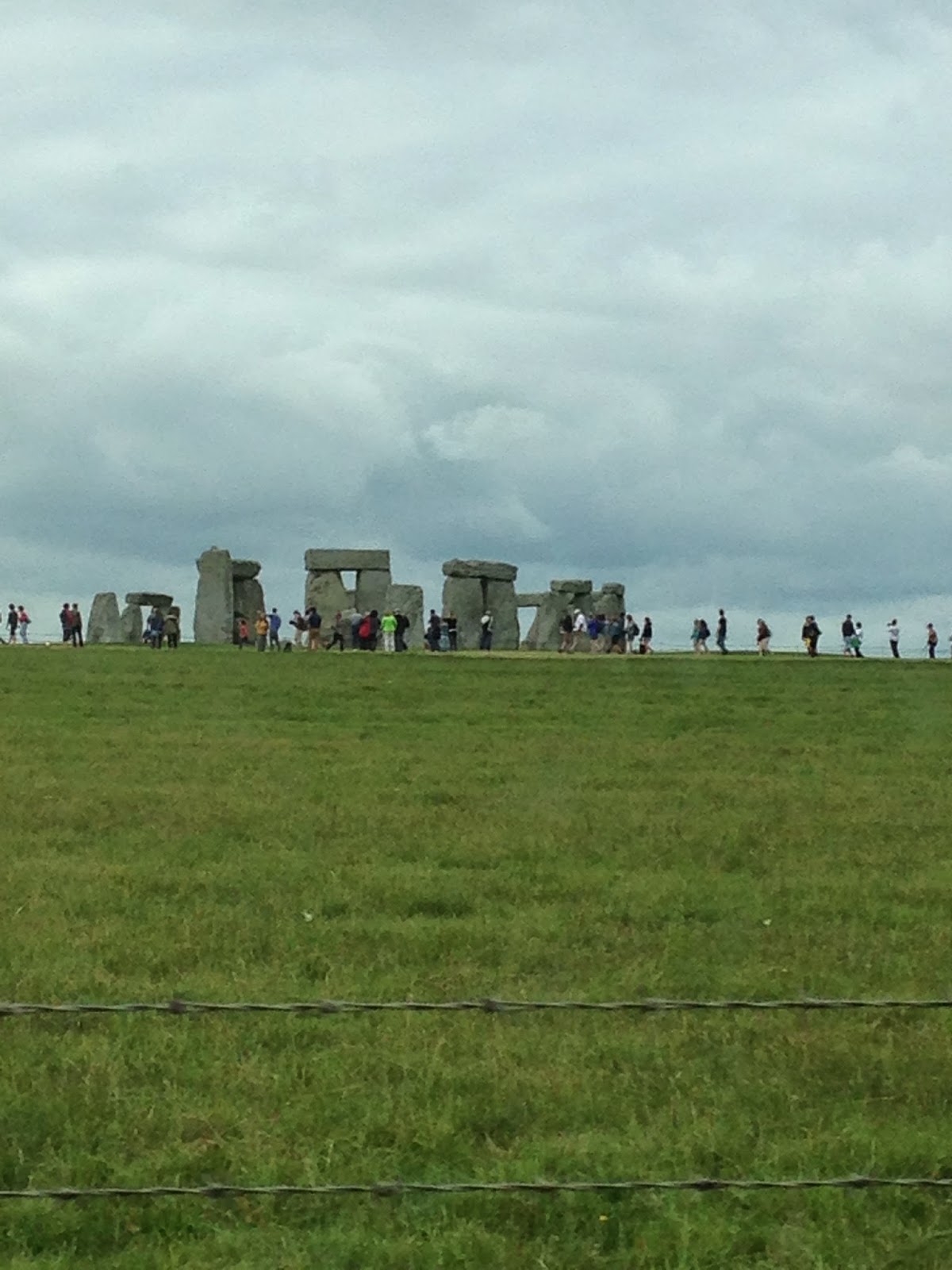 The next day we headed out to explore Stonehenge since it was sort of on the way to Bath, England.  Unfortunately, Maggie came down with a pretty nasty virus that day so it was just a quick trip here, and we had to skip Bath to head home. 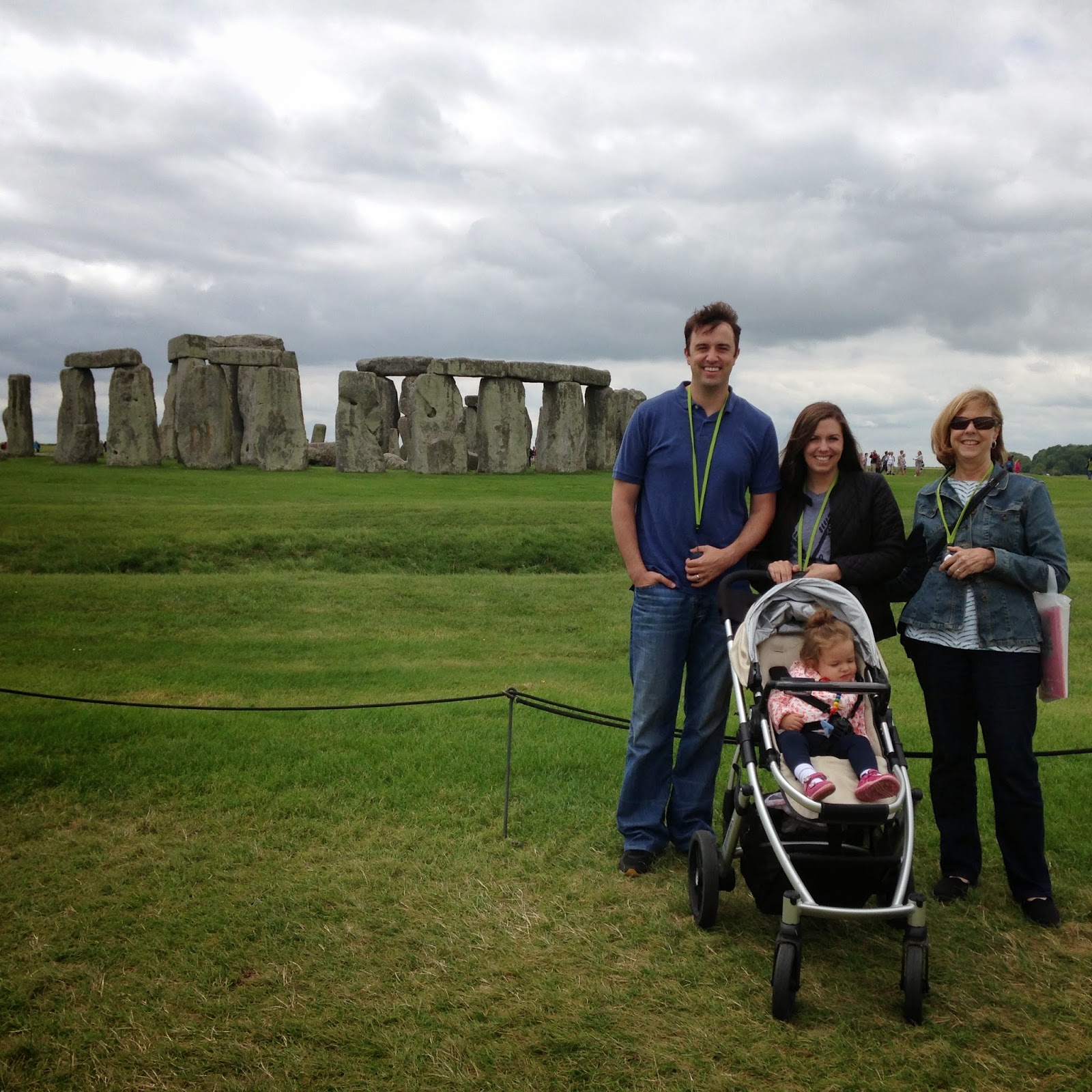 I'm glad we were able to see this place since it's kind of in the middle of no where. 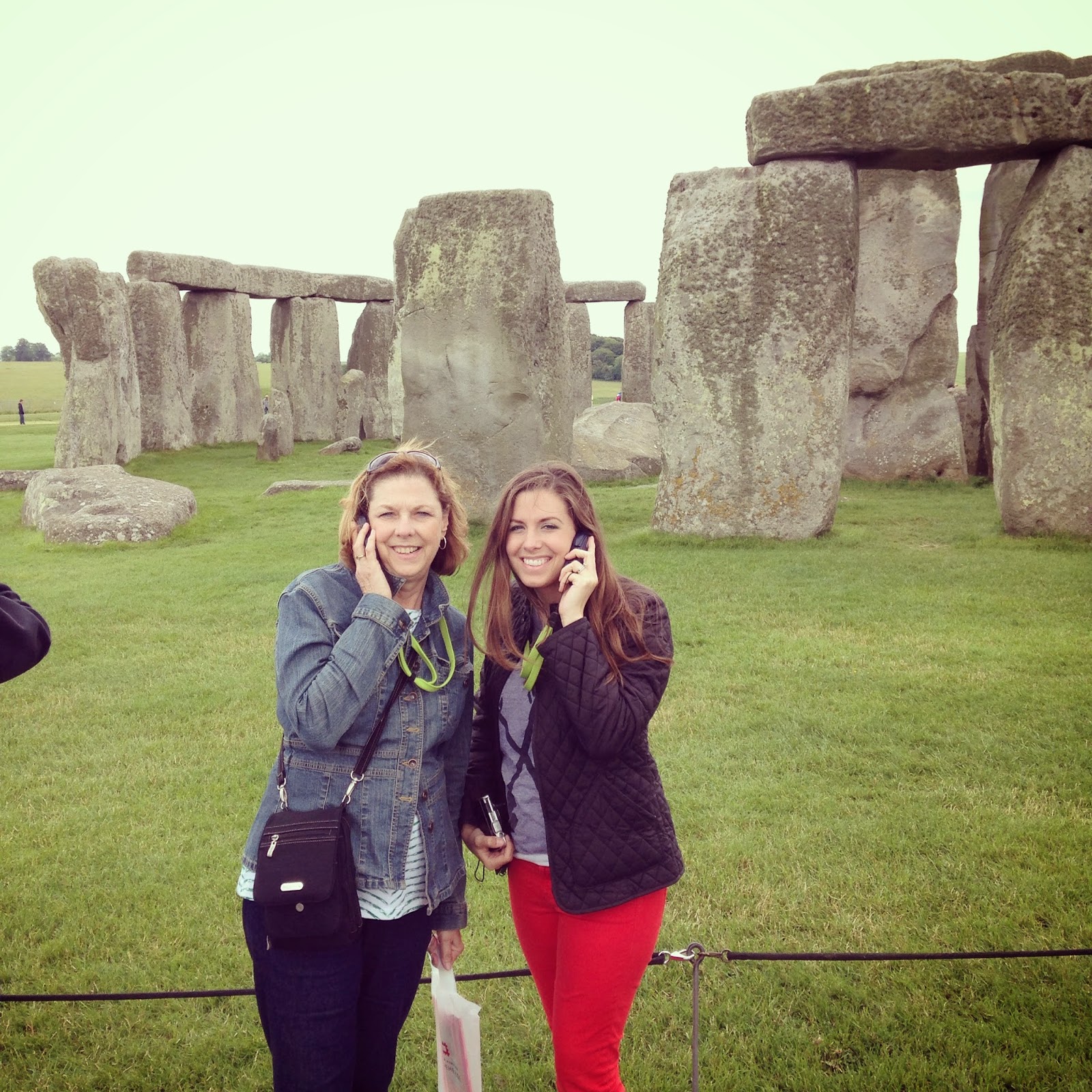 Listening to the commentary was pretty fascinating but basically experts still don't know why it was built or what it is exactly.  Ha! 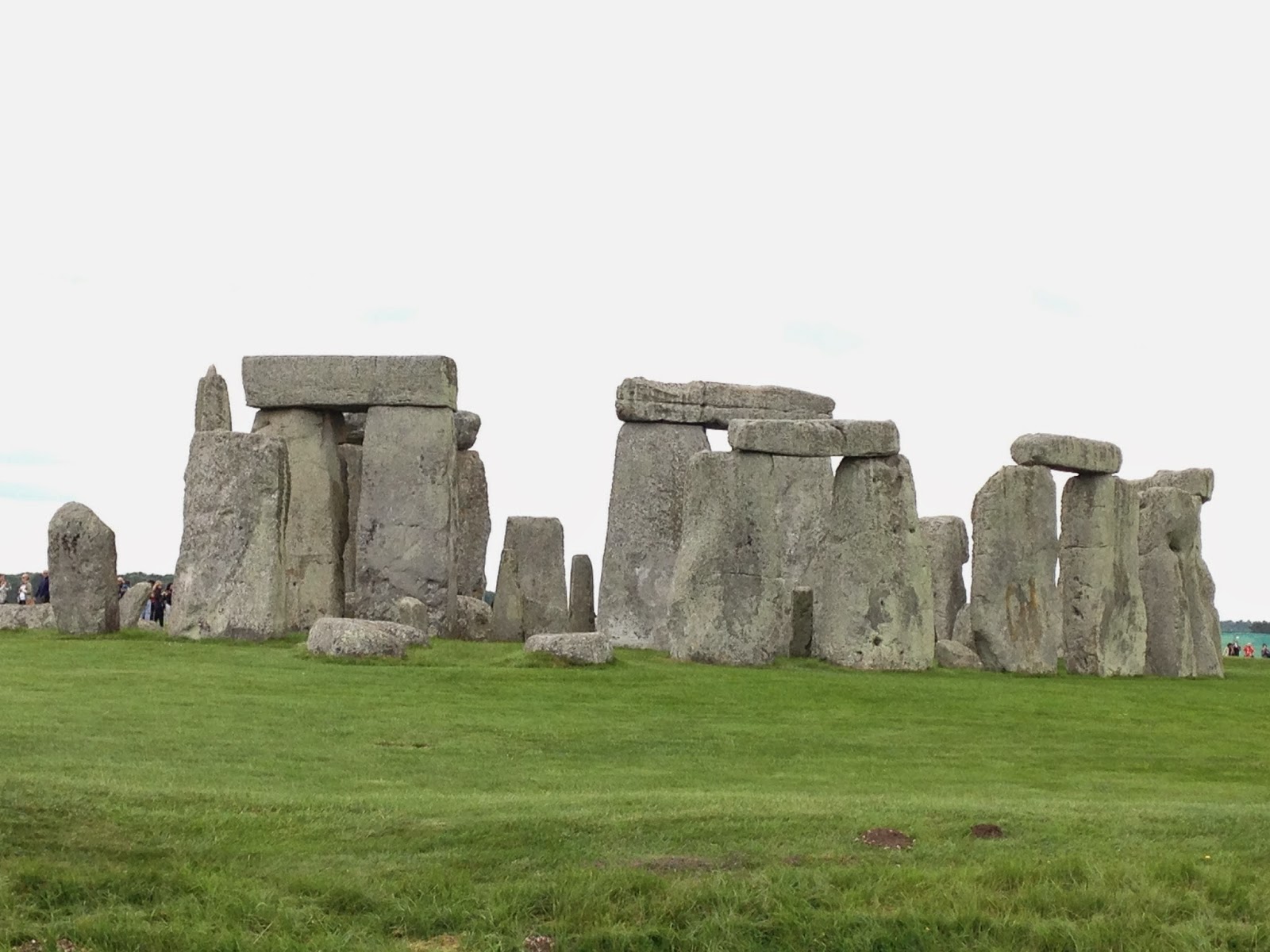 I just can't believe how old it is!!

Well that pretty much sums up my mom's trip!  She is coming back in January to help out once our second baby girl is born.  Looking forward to that!