Maggie has an Announcement! 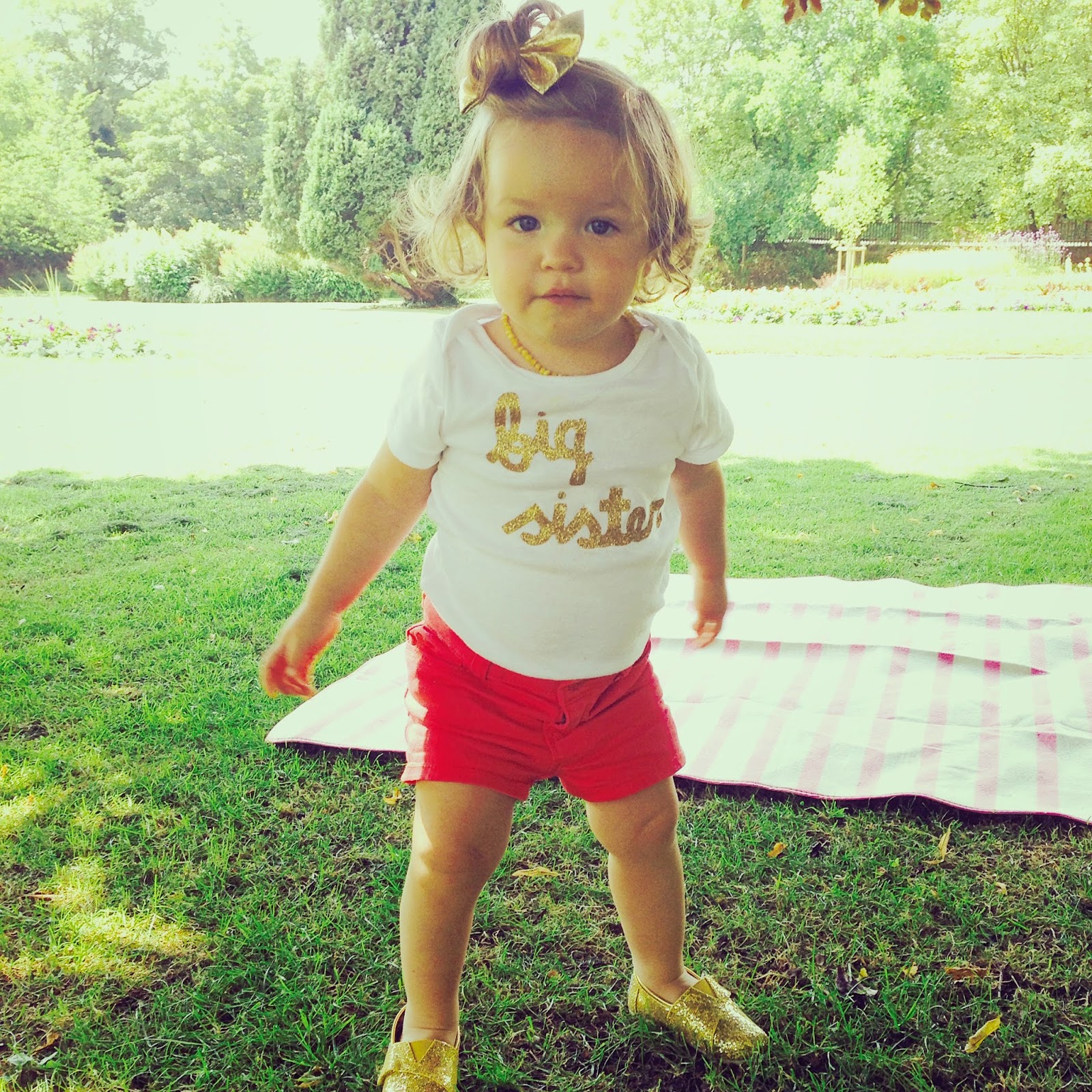 We are expanding this little family in January 2015!!!

So sorry I have been MIA lately.  This pregnancy has definitely been more difficult for me.  With Maggie I didn't even feel pregnant other than being a little tired.  This time I have been sick a hand full of times and easily gag on food.  Nothing sounds good!  I've actually lost around 5 pounds so far but now that I'm starting the second trimester I know the pounds will be adding on quickly.  ;)  I am starting to feel better which is great!  Plus, I'm definitely showing!!

We are so excited that Maggie is going to have either a little brother or sister.  She is going to make the best big sister.  Right now she is obsessed with babies and has to point every single one out.  Even kids that are older than her are "babies!". 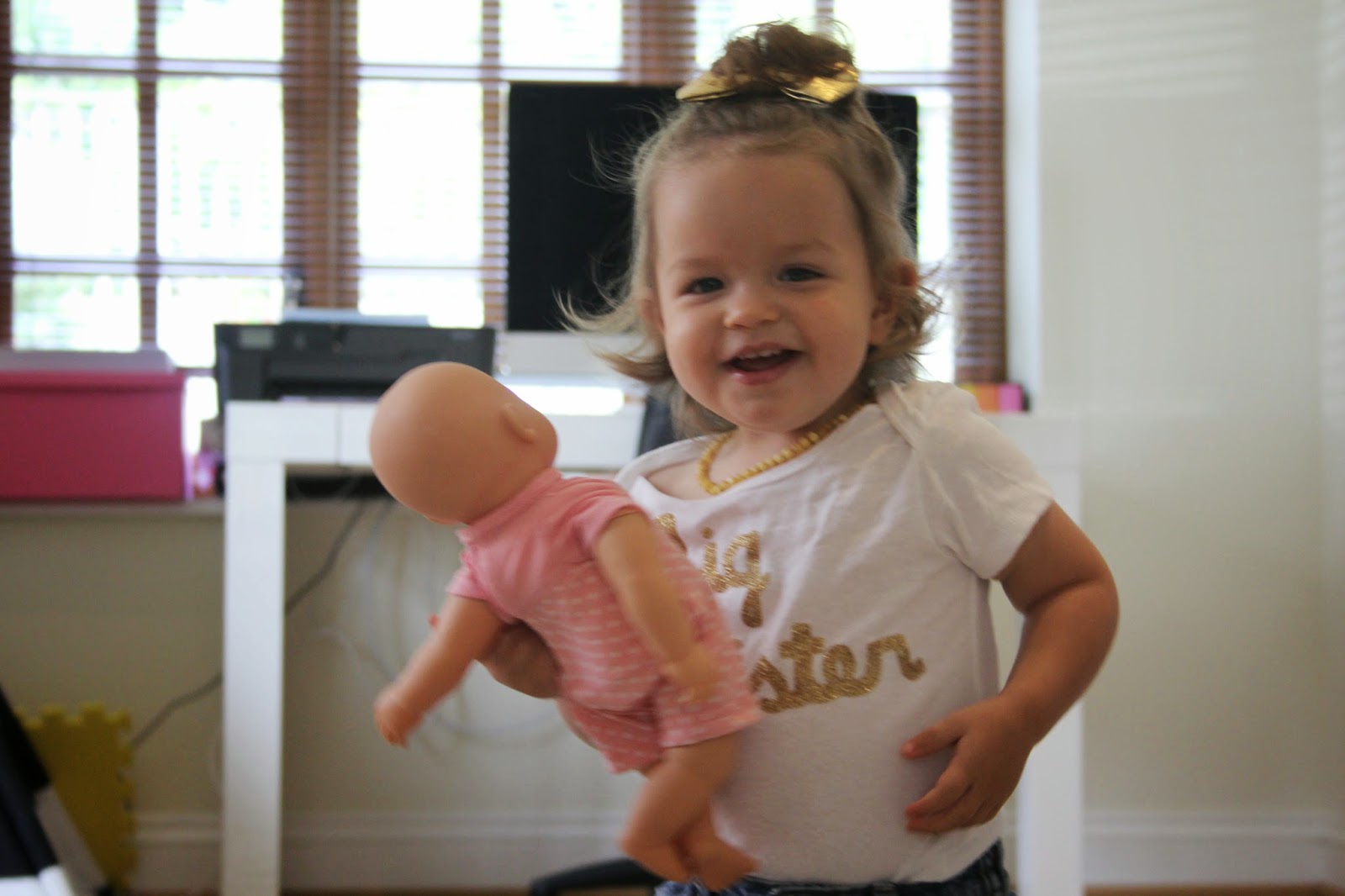 So I know you guys want to hear the back story to this, especially given our history.  (I know I always do!).  Having another baby wasn't really on my radar as I was still feeling overwhelmed especially after moving to England in January with a 9 month old!  A baby is no joke!  But Ryan had been asking me since Maggie was 6 months old when I wanted another one.  Ha!  He was ready whenever I was.  Oh honey... I wasn't even sure if we would have a baby while we were in England because we didn't have anyone here to help us.

Then, as Maggie's first birthday approached and close friends & family started to announce their pregnancies I could feel a twinge creeping up on me.  A "maybe I do want another baby soon" kind of twinge.  But as soon as I admitted it to myself, the fear crept in that it may be another hard road.  So I starting praying for peace and his control over the timing of possibly adding to our family.  Of course I was still anxious and trying to figure out if I was even having cycles again.  They were still pretty irregular and months apart.  I figured that we would have to go down the fertility route again.  I didn't want to rush into anything, but I did want to figure out the system in England.  I had heard that there could be a really long wait to see a specialist.  It's that constant struggle of, "Am I trusting God if I move forward with seeing a doctor?  Or do I need to be patient?".

I went ahead a scheduled an appointment with a private care doctor just so I could ask questions but not necessarily start any medication.  The day before the appointment I saw two rainbows after a storm.  I couldn't remember the last time I saw one let alone two rainbows!  I took it as a sign of peace from God.  The next day I woke up and decided to take a pregnancy test before the appointment.  Low and behold, it said I was pregnant!!!  (The same thing happened to me last time!)  To say I was in complete shock would be an understatement of a life time.  PRAISE THE LORD!!  Even with irregular cycles, my fears and doubts, the Lord worked through all of that to show me his wonder!   I still can't believe it.

So now to the story of how I told Ryan!  ;)  He just so happened to text me to see if I wanted to grab some lunch that day (which never happens).  So I knew that would be my opportunity to surprise him.  I took this picture right before I left. 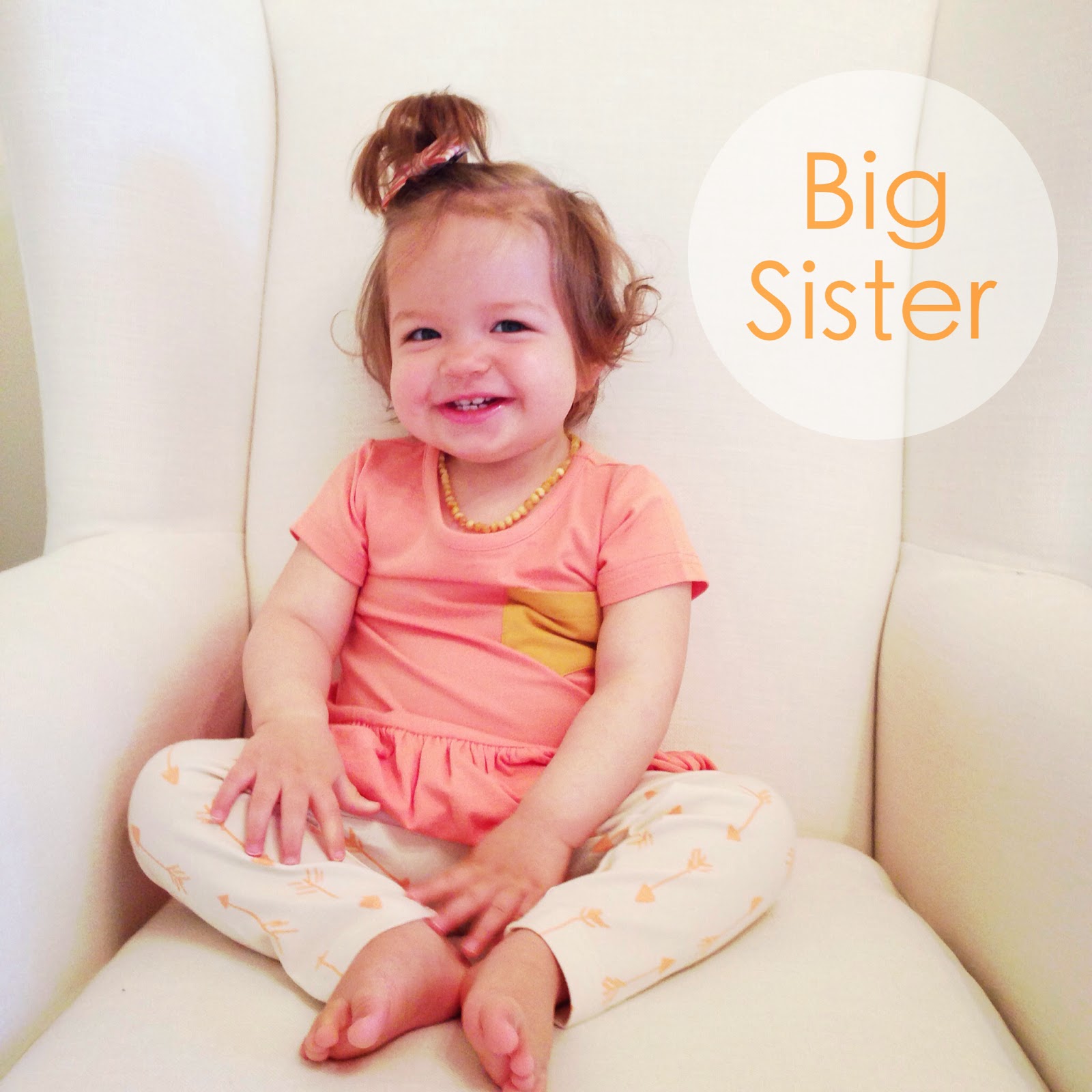 When we got to the restaurant I told Ryan I took the cutest picture of Maggie, and he needed to see it.  When I showed him he didn't even read the caption at first!  It took him a minute to realize what it said. Haha!  Of course, he was beyond thrilled and a little in shock.  Soon after the reality hit that we were going to be parents of TWO kids.  How on earth are we going to manage that in a different country without our family and friends!  We experienced all the emotions for elation, fear, thankful and terrified!  We were nervous for another miscarriage so we tried to hold back from letting ourselves fully believe that we would be a family of four.  Thankfully, we were able to have an early ultrasound at 5/6 weeks that showed a heartbeat.  But we still wanted to see the scan at 12 weeks to really know that we were in the clear and we could fully believe that this was happening. 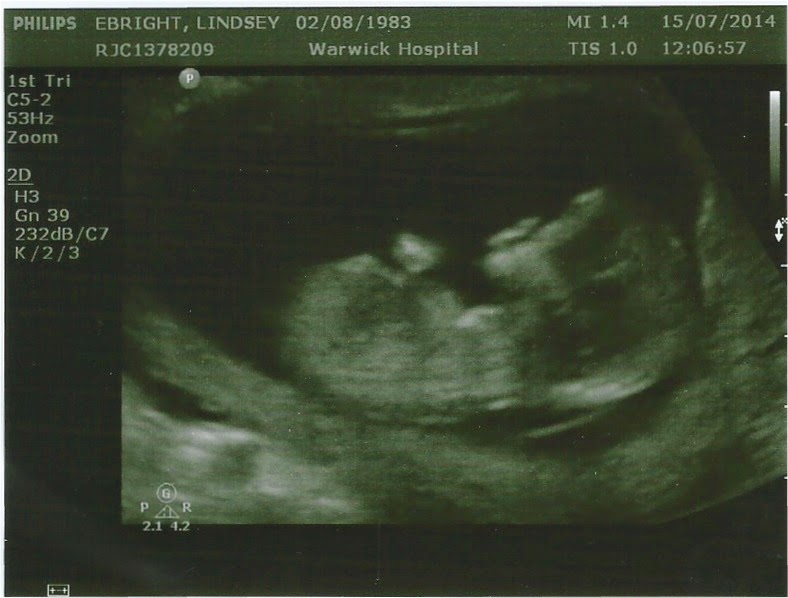 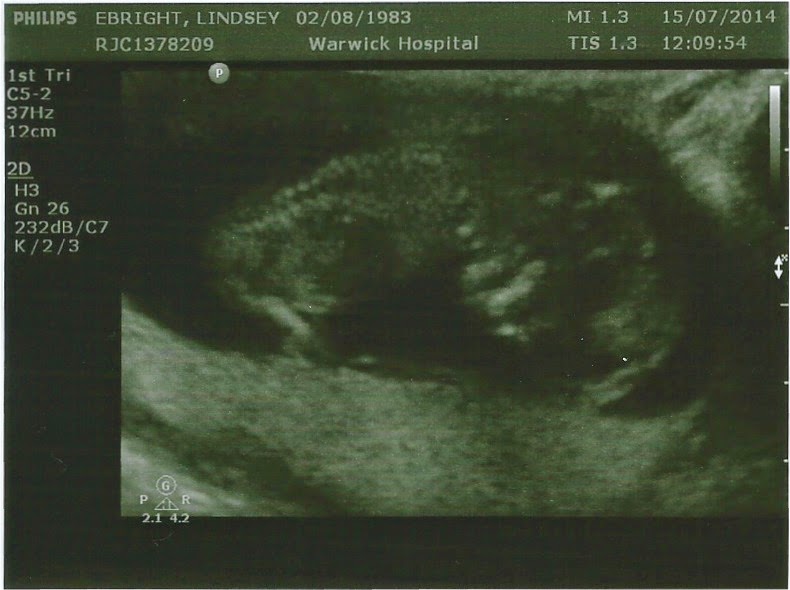 Tears of joy watching this little person kick and flip all around in my stomach.  The technician even commented on how active this baby was!  True that, because I swear I've been feeling this baby move since 8 weeks, and it just keeps getting stronger!  Another, little reassurance from the Man above.

Our exact due date is January 22nd, 2015 which would make Maggie & this baby almost exactly 22 months apart.  If anyone has any tips on transitioning to a family of 4, I am all ears!!