Ryan & I had so much fun planning out how we were going to tell our family & friends our big news.  First we had to decide how we were going to tell the family.  We went back and forth on a few ideas like releasing pink balloons from a box they opened or sneaking in some pink baby clothes somewhere in the room for someone to notice, etc.  We ended up just playing them the video from our 19 week ultrasound that revealed what we were having.  I was planning to edit it and do some fun effects but couldn't figure out how to download it onto my computer.  Oh well!  We made everyone write down their guesses first then watched the video.  It was still pretty hard to tell if you're not familiar with how ultrasounds look, so nobody still really knew.  Then Ryan just told them.  :)

Then later that day at Ryan's surprise birthday party we I had another plan to reveal the gender to our friends.  Since Ryan didn't know about the party he wasn't in on the planning of this one.  I did let him in on the plan after the party had started.  I thought it would be fun to include the reveal with his birthday cake.  So when he cut into it a layer of pink icing would announce our news.  We had everybody gather around and my sweet SIL, Sally, captured the moment on video.

Then later that night our friends, Matt & Kara, were having their annual Oktoberfest party.  We bring baked goods every year so we took this opportunity to share our good news with the rest of our friends that couldn't make our party earlier in the day. 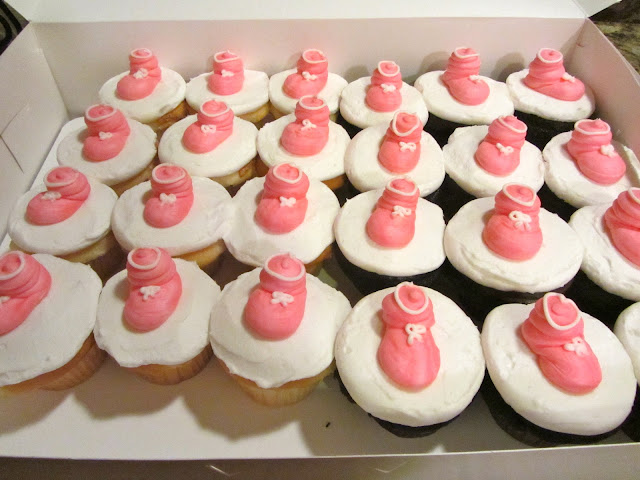 Vanilla & Chocolate cupcakes with pink icing booties on top.  I had them made from McLain's Bakery where my mom used to get my birthday cakes when I was little. 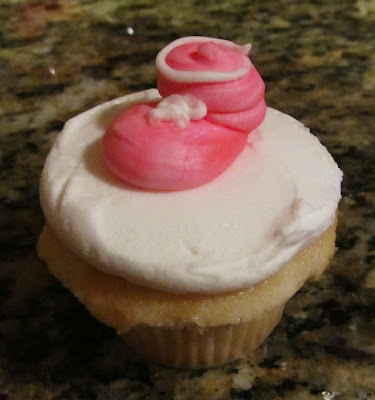 How cute are these??

I'm including some pictures from the party since I didn't get the chance to post about it earlier. 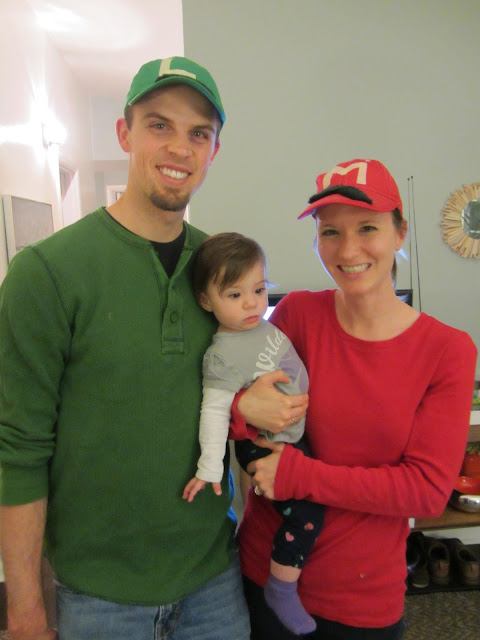 Austin, Terri & their sweet baby Sadie (I love her little pose in this pic!) 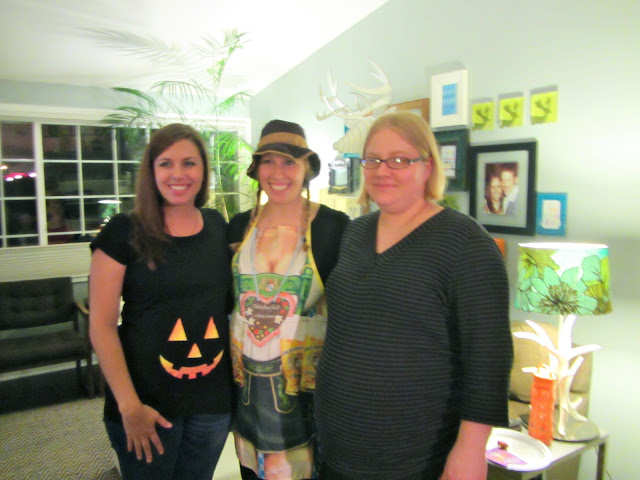 ﻿Me, Kara & Jessica
The three pregnant women of the group. 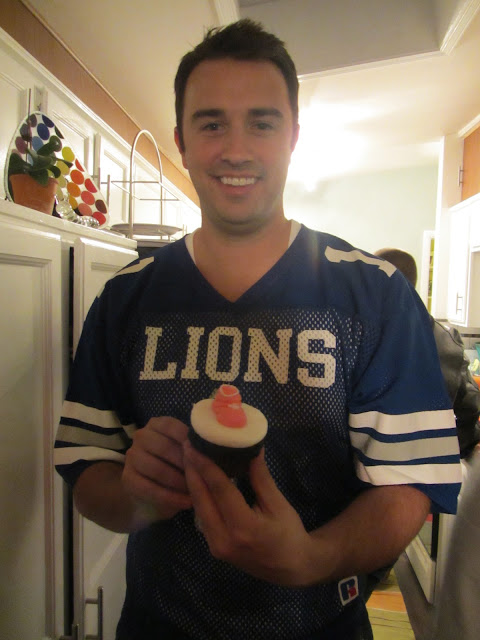 Ryan in his high school football jersey and showing off his excitement over having a little girl.

Finally, on Monday when we were back in the office we brought more cupcakes to share the news with our coworkers.  I just had these made at a local bakery down the road from our office.  My good friend, Victoria, made the toppers & mailed them to me.  She actually sent me boy & girl ones ahead of time since she wouldn't have much time to make & send them after I found out the news and before I needed them.  :)﻿ 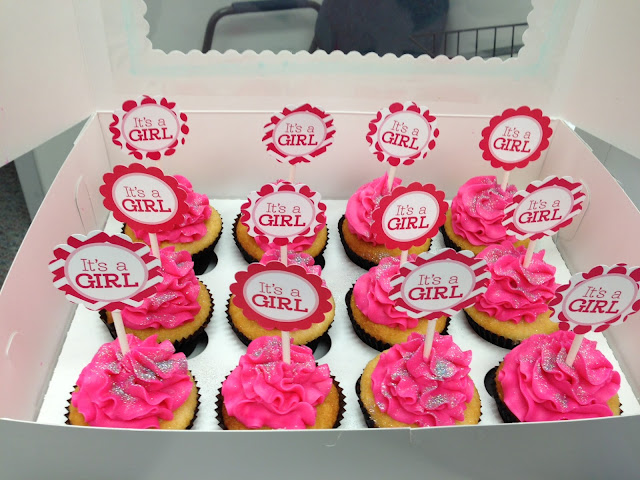 So I just stuck the toppers in and sent out a group email so everyone could come grab one.  We also did chocolate cupcakes too but they're just not pictured. 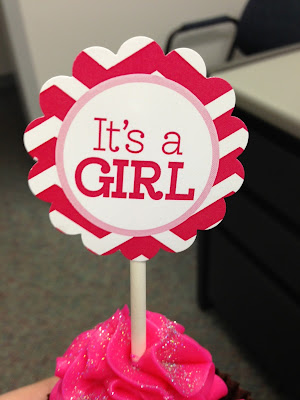 We had a blast finally telling everyone what we were having.  It's been so fun getting to talk to people about it and getting tips for baby girls as well. Ha!  I think I've had enough sweets for awhile now. ;)