Hi friends!
I've been keeping a secret from you guys, and it's been part of the reason that I haven't been blogging that much lately.  I've been working on a little project that leaves me pretty tired at the end of the day... 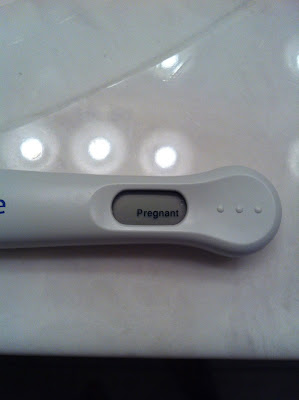 We are beyond excited and sending up many praises to the big Man above.  It feels like we've wanted this forever and now that it's finally happening it doesn't feel real!  I have so much to fill you all in on.  But for now I'll leave you with pictures from the two sonograms we've had so far. 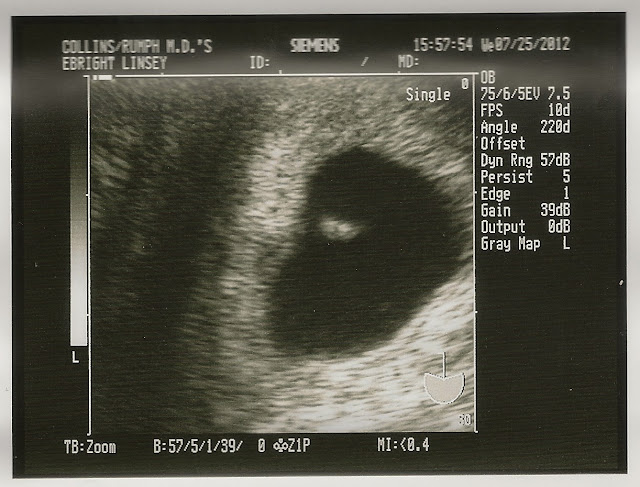 This was from our 6 week sonogram. So little! 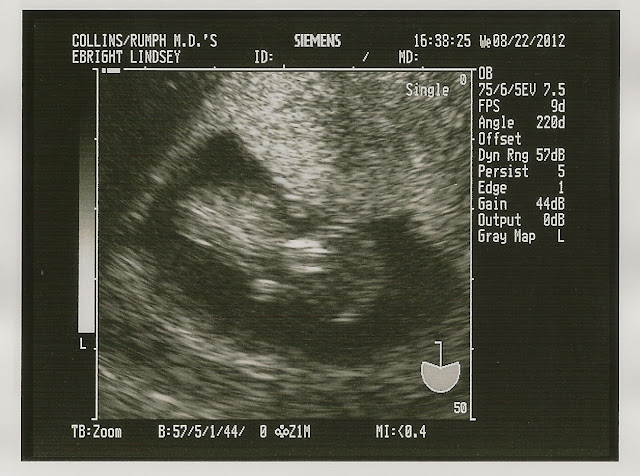 Our 10 week sonogram... so much bigger already! 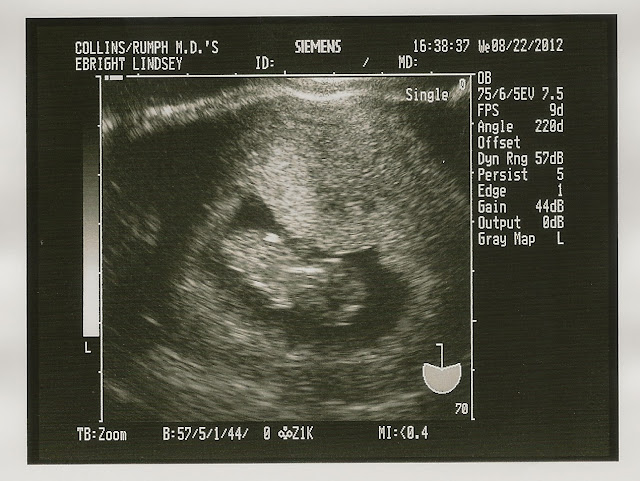 Another 10 week picture that's a little more zoomed out.

Since the Grandparents live so far away and weren't able to make it to the sonograms Ryan took a little video last time to record all the activity for them.  I'm so glad we did that because sometimes it's hard to tell what you are looking at but in the video you can see the baby's head, arms and legs wiggle!!  I also muted out the sound on the video because I sounded crazy.  Ha!
P.S. You'll see where the screen freezes for a second and that's when the doctor was printing off pictures for us.
P.P.S. Ryan got a little overly excited at one point and zoomed in way too close. Ha!

Thank you so much for everybody who have been praying and encouraging us through this whole process.  I know we wouldn't be where we are today if it weren't for those prayers.  Stay tuned because I have posts coming up about the background story, how we told our family & friends and of course the bump watch!