After a couple of "at sea" days, our second port city was Puerto Vallarta, Mexico.  You may remember that we actually spent a week there last year with some good friends.  (See here, here, here & here)

Since we've already kind of explored this city before we decided to do a special excursion here, more on that a little later in the post. 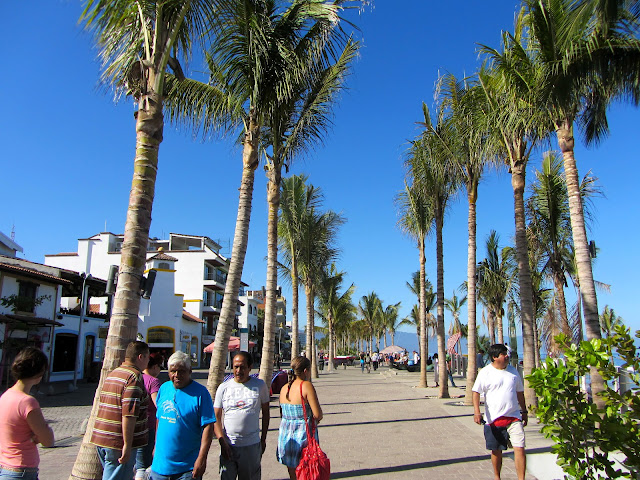 We still had to take a walk down the Malecon for memory's sake.  It's just a must when you are there.  It even changed since we were last there.  They now have blocked it off so that cars can't drive down the main drag anymore.  I think it made it so much nicer! 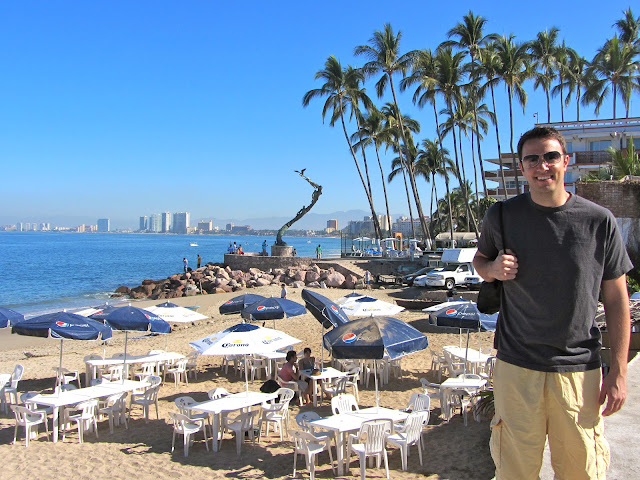 Such a  beautiful clear day.  The weather in Mexico was perfect while we were there. 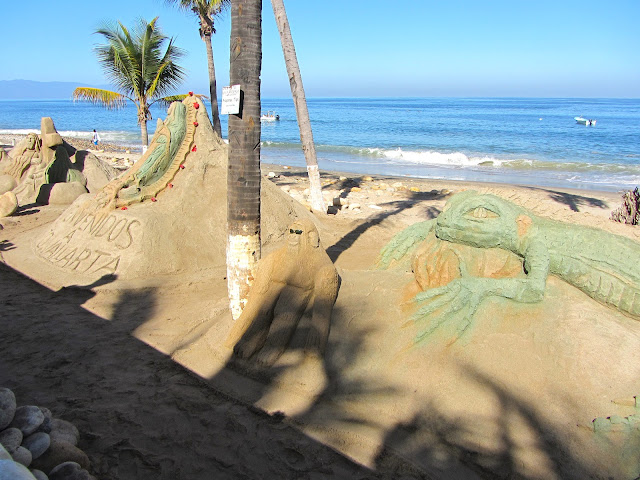 I always love checking out the sand art that artist create new everyday. 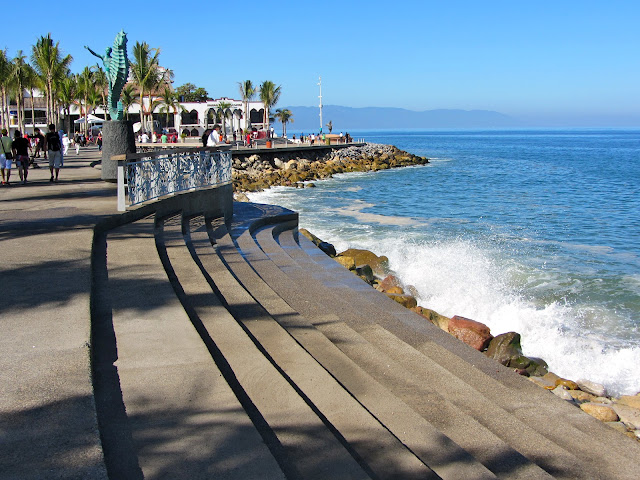 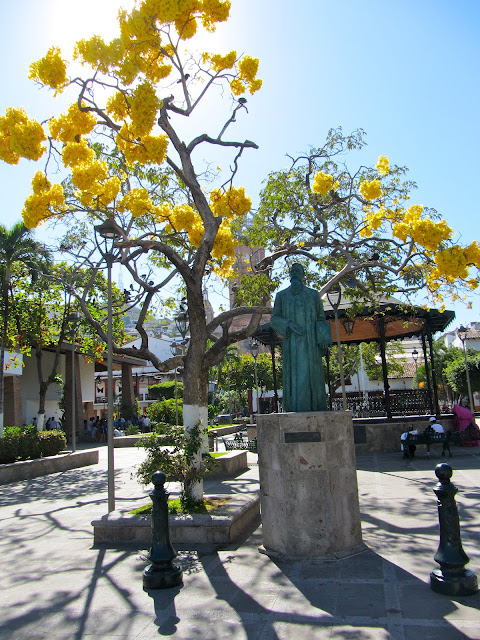 I don't know what this yellow flowering tree is called but it's so beautiful I had to capture it on film!

And now for our special excursion.  Some of you have already seen the pictures because I posted them on Facebook but here they are again.  I've always wanted to swim with the dolphins for as long as I can remember.  Let me just say that it lived up to all my expectations and more!  I want to do it again soon. 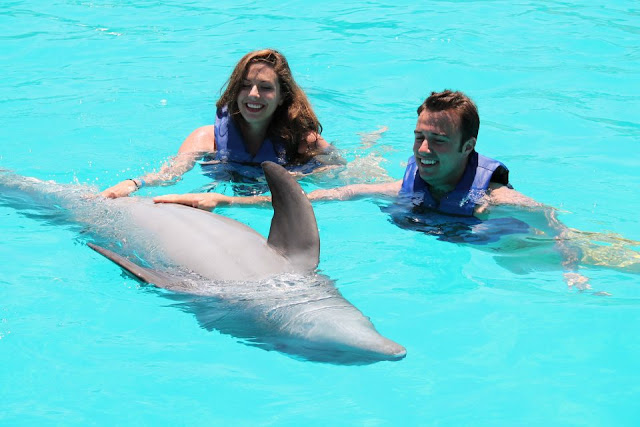 I think Ryan was just as excited as me to do this.  The dolphins were so friendly and kept swimming all around us so we could pet them. 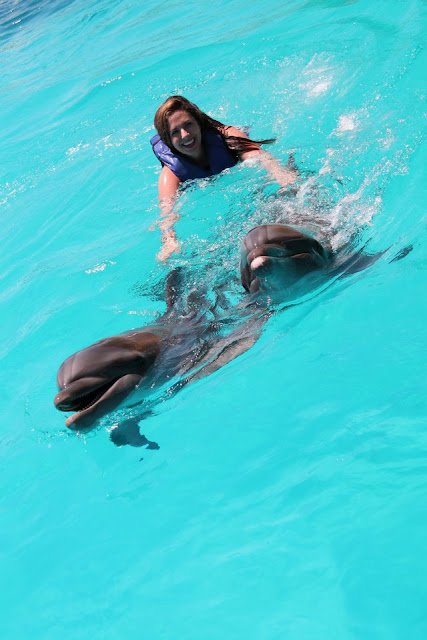 The famous "riding on the fins of a dolphin" shot.  I had just let go in this picture but it was so much fun! 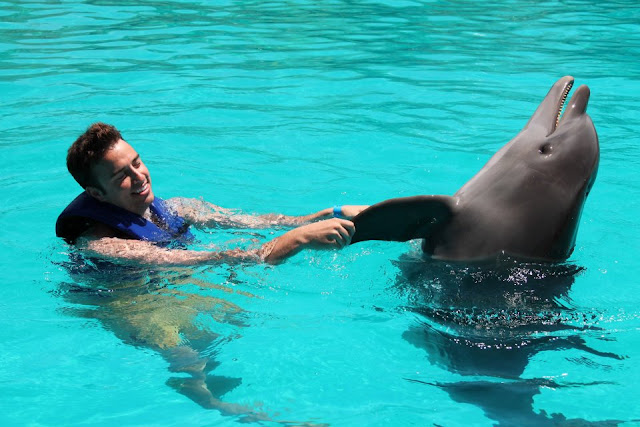 This was Ryan dancing with it while the dolphin also sang.  It was so cute. 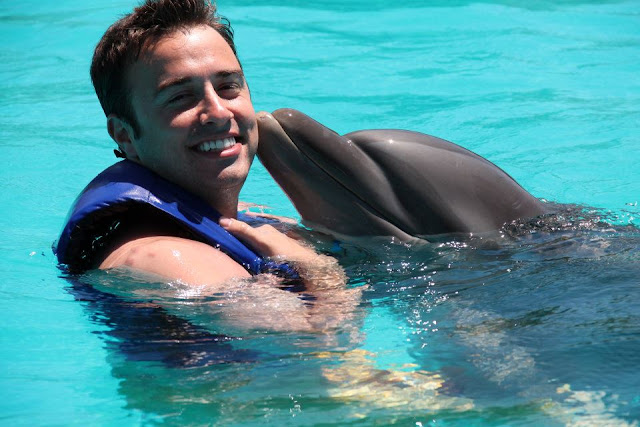 The picture everyone has to have when swimming with the dolphins.  :) 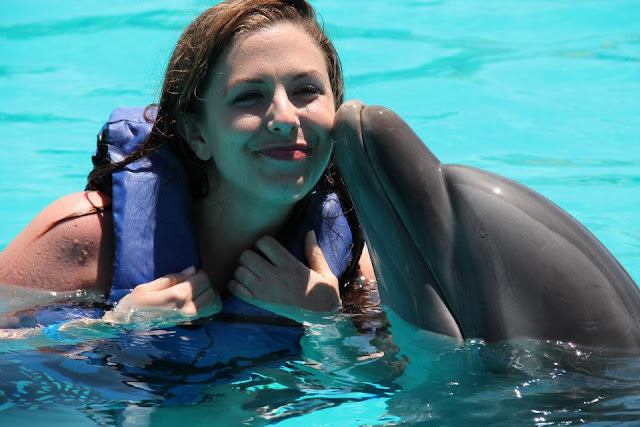 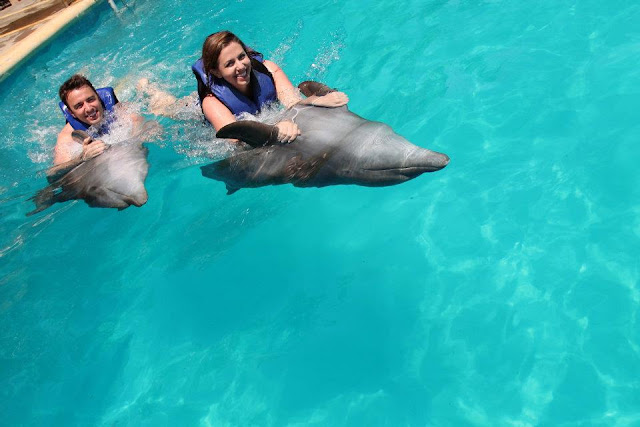 This was a lot of fun.  They called this riding motorcycles.  This picture cracks me up because it looks like Ryan is dragging that dolphin under.  Ha!  They were so freaking fast though!  Oh my gosh, this was by far the most favorite thing we've done.  There is just something so amazing about these animals.  I loved watched them do all their tricks and also interacting with them.  This is something I have to do again and something everybody has to experience at least once in their life!