This is just going to be a random post.  I haven't been doing the best at taking pictures of our crazy lives lately so I plan to get on that.  :)  I some how just got out of the habit, and now I hope to be more intentional about the pictures I do take.  So we'll see how that goes.
You may have noticed a few changes around here.  I got the itch again to switch up a few things.  The most obvious change is the header.  I'm not sure if I'm completely happy with it so it might change again.  I also changed the background and added some social media icons on the top of the column to the right.  Recently, I've received a few emails telling me that blogger wasn't allowing them to comment so I switched to a new host provider for my comments.  I hope that fixes the problem!
Oh!  And I updated the "about me" tab.  Check it out.  :)
Does anyone know how to change the margin to the right of my column?  I can't figure it out in the new template designer on blogger.
And now for a few random pics I took of Yogi being his weird self. 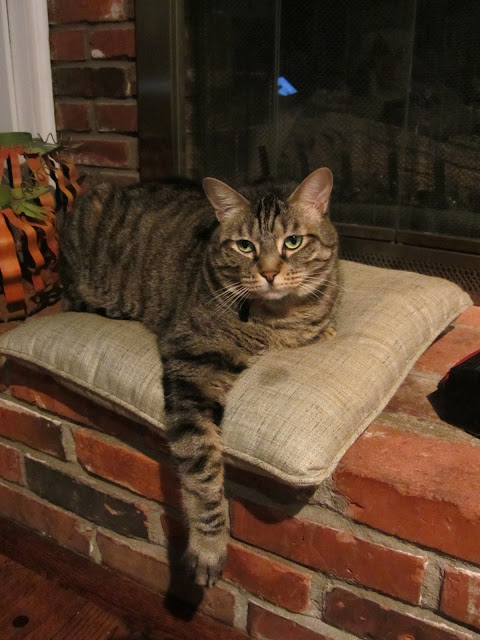 I found him the other day asleep on a throw pillow near the fireplace.  His face was so smooched on the pillow that I wanted to get a picture of it.  When I went to snap the picture he woke up.  Shoot.  But then I realized that there was something on the pillow where his face had just been lying. 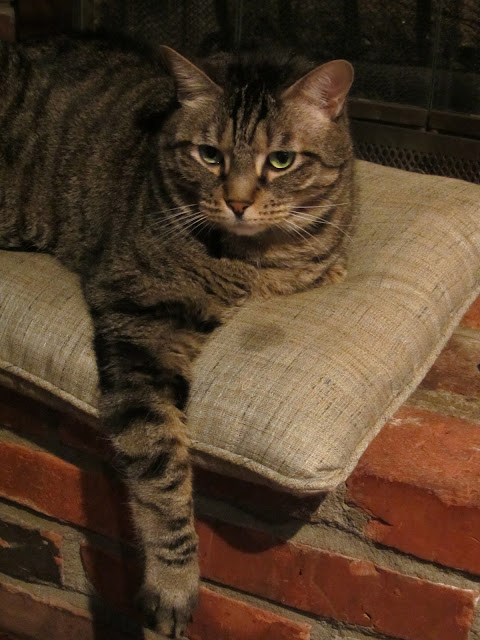 I looked closer and realized that he drooled in his sleep!  I didn't know cats did that!! I thought is was just a human thing.  Ha! 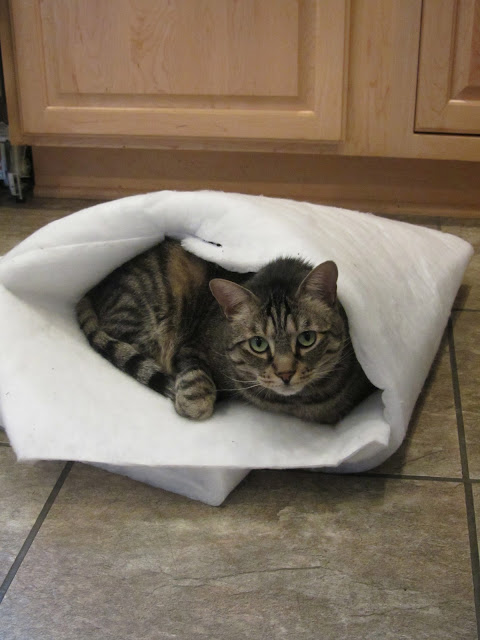 We recently just replaced our dishwasher.  It took us a few days to install it so there was some stuff scattered around our kitchen while we were getting around to it.  We found Yogi in this batting several times in the course of those few days.  He just snuggled right up in there! 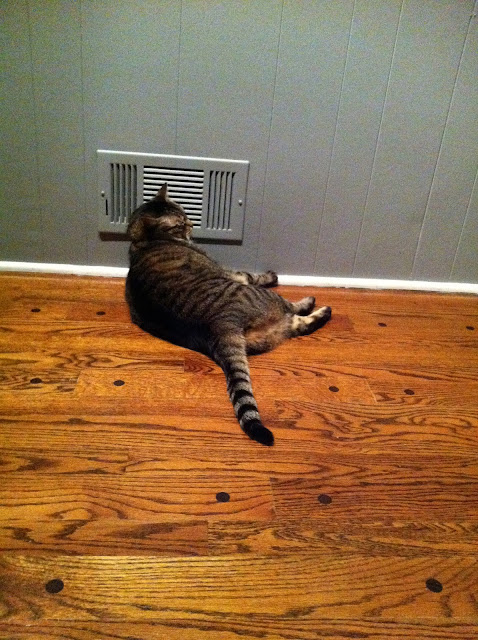 This has been his new favorite spot in our house since it's been so cold out side.  Our den tends to be a little chiller then any other room in our house so Yogi stays firmly planted up against our heating vent.  Seriously too funny.  I promise our house isn't this freezing! 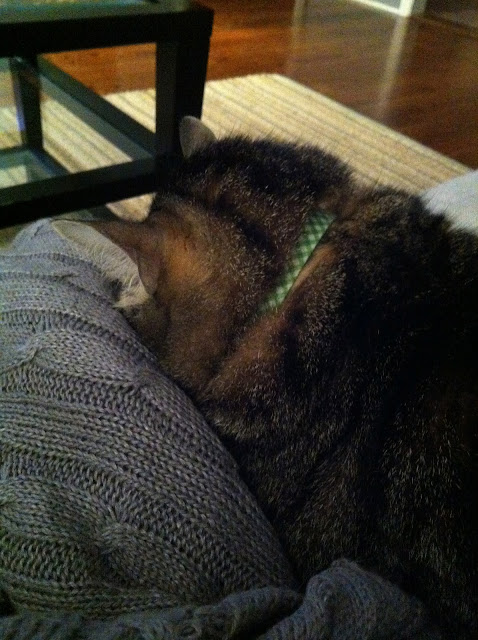 This is just another funny picture of him sleeping while face planted into our blanket.
KC does some pretty hilarious things too.  It's just harder to capture him on film.  We keep saying we need to video all their quirky habits so that we can remember them when their older and just lay around all the time.  I guess they are already doing that...