I am so late on posting about my hubby's birthday bash.  Well, it was more like several smaller bashes.  The weekend of his birthday we went to dinner at one of his favorite pizza places (of course) with his Papa, my mom and I on Friday.  Then on Saturday we met up with some friends to watch the KSU football game as kind of an unofficial birthday gathering.  Unfortunately, I was hoping the cats would pull out a win in honor of Ryan's birthday but they didn't come through for us.  Oh well, we are still very proud of them this season!
The next weekend we made a quick trip to his home town to visit family and celebrate some more. (Like we needed an excuse.) 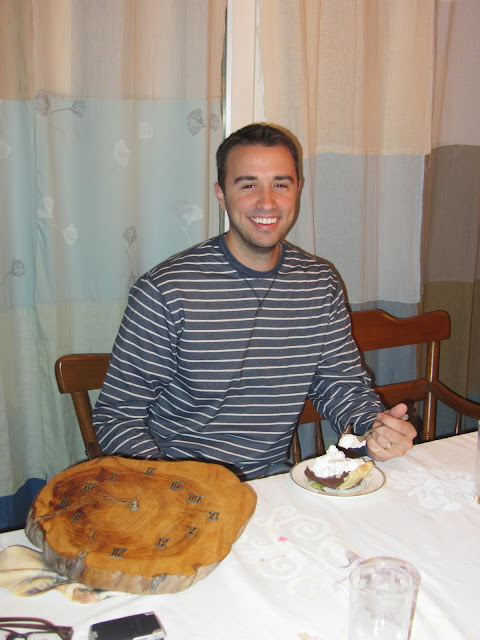 The birthday boy enjoying his homemade chocolate pie and admired the family heirloom clock that was gifted to him.  It was made from a tree that was cut down in his grandmother's yard.  His grandma felt bad for cutting it down so she let her son's class make clocks out of it back in the day. 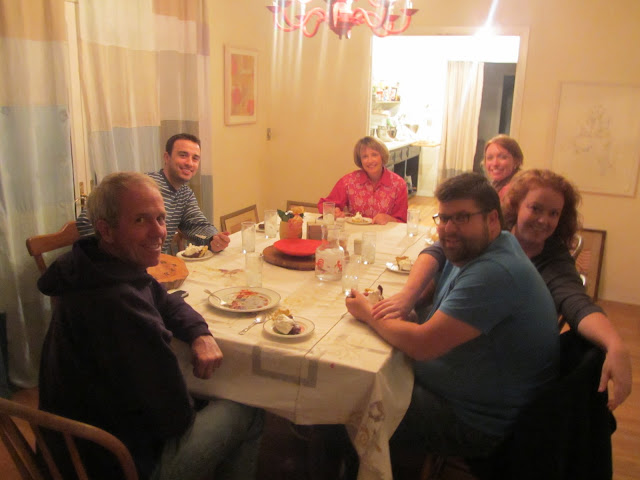 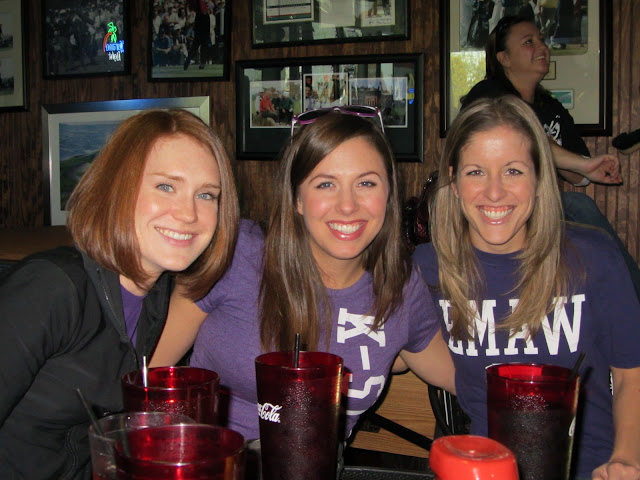 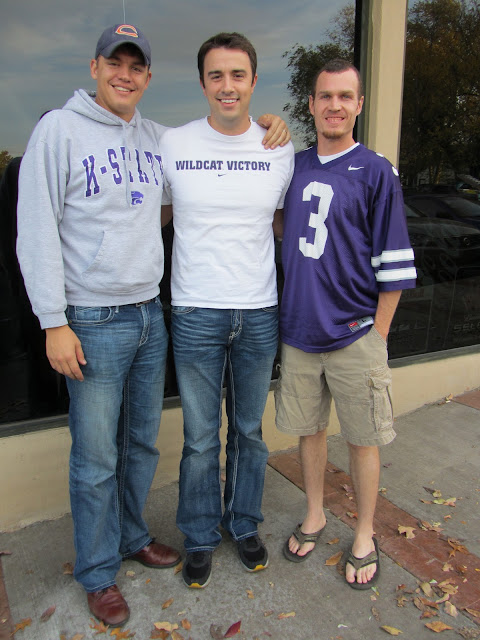 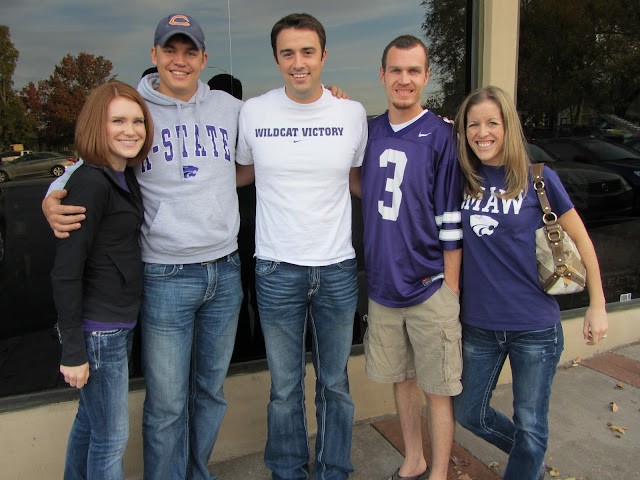 The whole gang minus Jim & Jon who ducked out right before this pic. 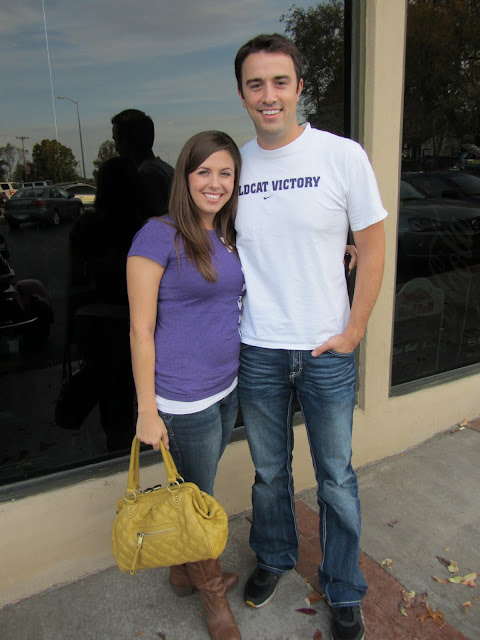 I had to get my picture made with the birthday boy!
Ryan had a great birthday and got some really neat stuff in my opinion.  :) 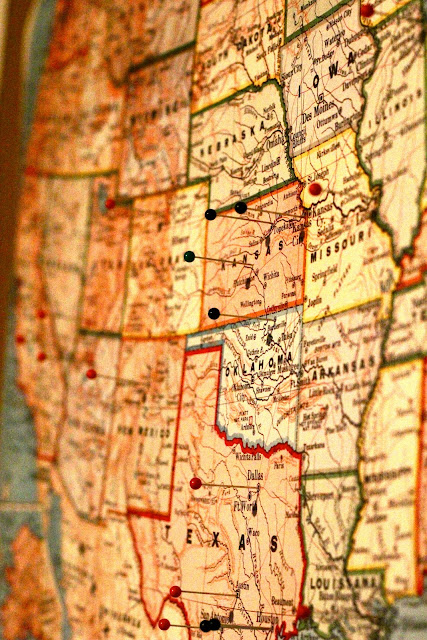 We've talked a lot about how we needed art for our walls that meant something to us.  So I thought about it  awhile and decided to make it part of his birthday gift.  We love to travel so it was an easy decision to incorporate that into the art.  I bought a cork board, painted the trim white and bought a really cool map to stick pins in. 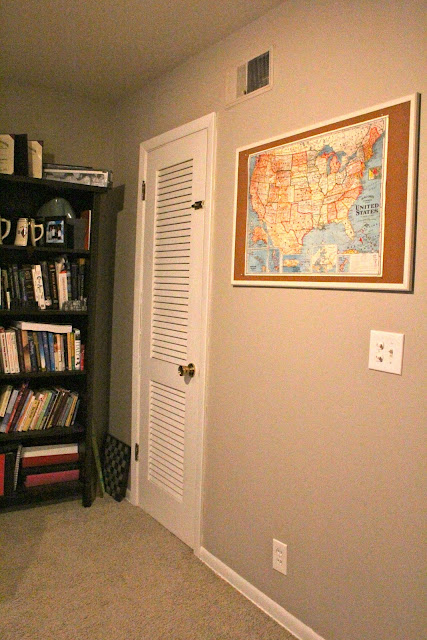 It's serving dual purpose in Ryan's office by giving him a map to use for work and also a personal touch by sticking pins in where we have traveled together as a couple.  The red pins are where we've been together and the black pins mark where we have lived.  It was a hit with the hubs.
Sorry for the poor lighting in the next several photos! 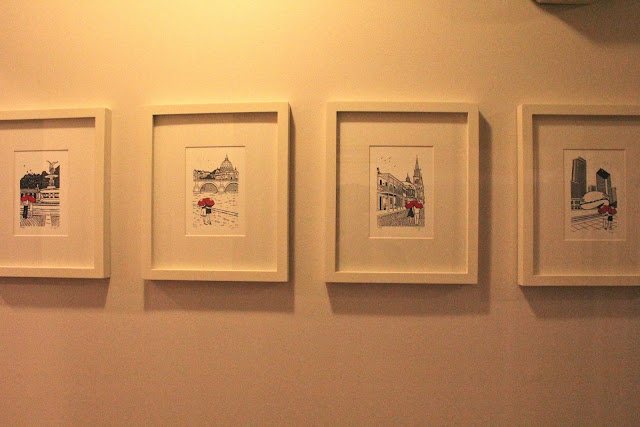 I also found some gocco art from this etsy site that represented several places that we've been together that meant something to us.
From left to right: New York City, Rome, New Orleans and Chicago 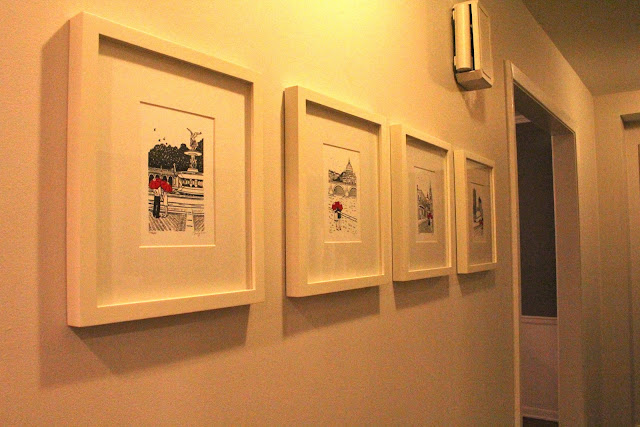 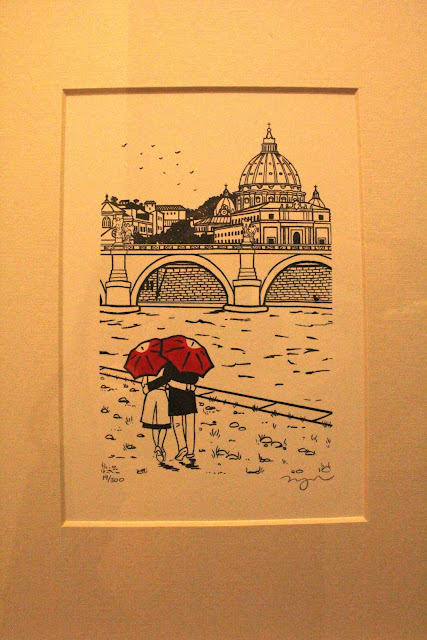 Close up shot of the art.
I think Ryan's favorite gift of all was from his family.  They all made a collaborate effort to make him his very own chicken.  Actually, it was The City Girl Farm's first rooster that we lovingly named Romeo. 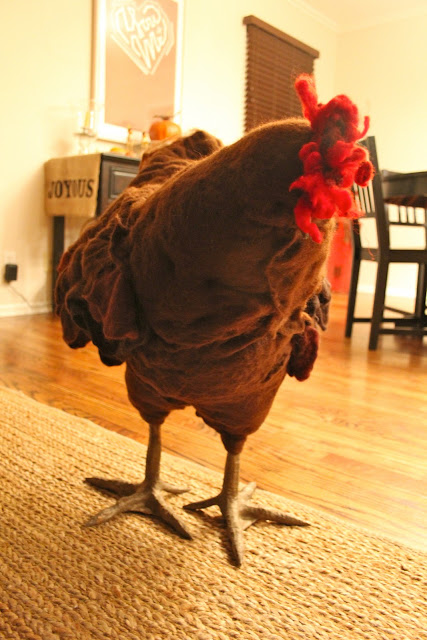 He was so excited to have his very own!  It's already a part of the family here in our household. 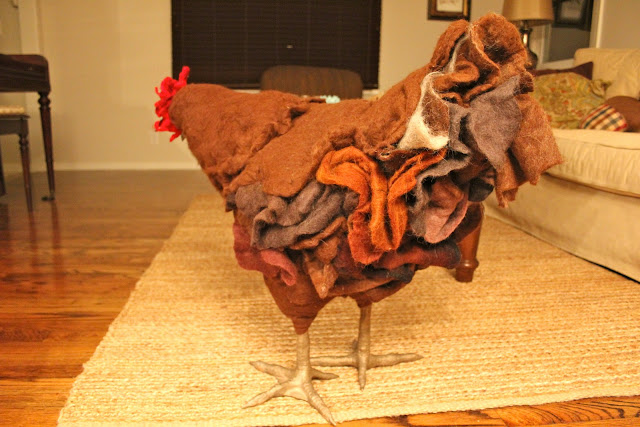 Another very successful celebration of Ryan's life has come and gone.  Can't wait to start planning his big 3-0 next year!  :o)