Hello Fall.  It's so nice to see you after this brutal summer.  Please stay awhile.

This past weekend my mom, Ryan & I all decided that we were slacking on getting in the mood for Halloween. After leaving for Nevada & Utah for about a week Fall had somehow magically appeared when we returned. So I felt like I had missed out. Ha! 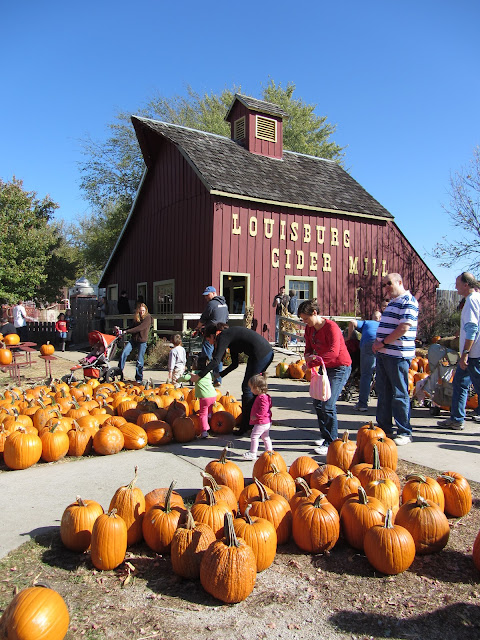 Visiting the Louisburg Cider Mill was what popped into my mind to get us all in the holiday spirit.  I haven't been there since I was a kid, but I remembered the big red barn, pumpkins galore and the best tasting cider & cider donuts ever! 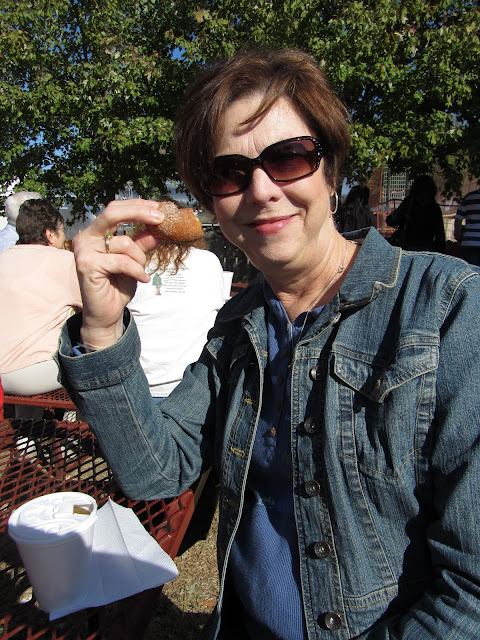 I could go for about a dozen of those cider donuts right about now... mmmm.... 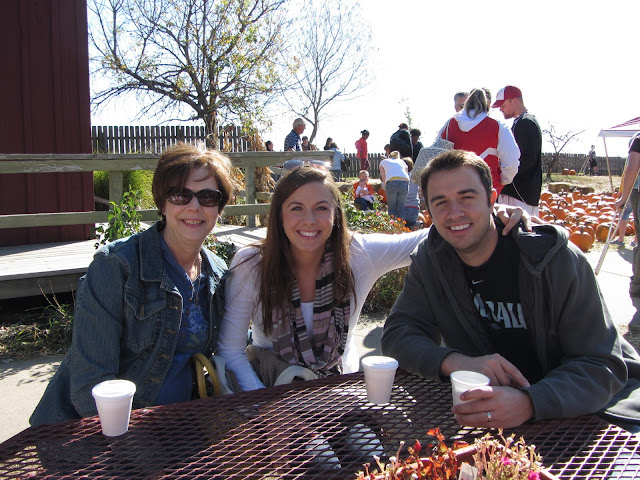 Smiling because our belly's were full. 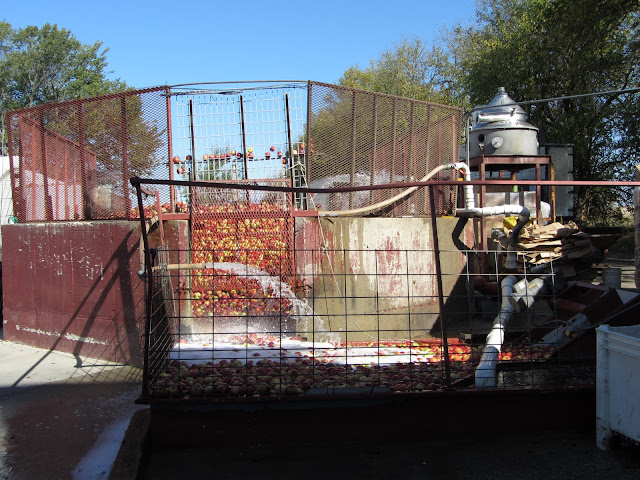 After taking out some donuts and cider we did a little exploring.  We checked out how they produced that delicious cider drink that we had just consumed. 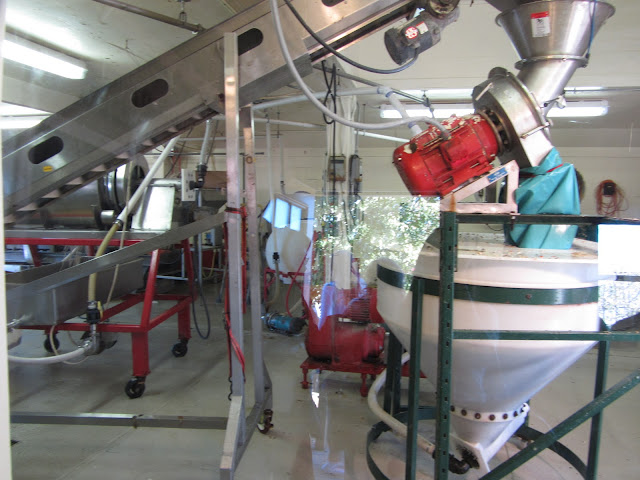 It was such a quaint operation.  Loved it! 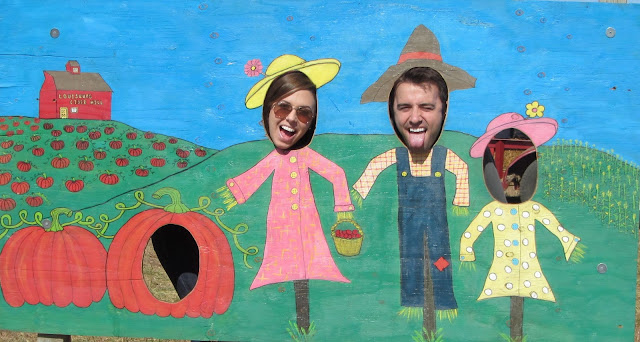 Then afterwards we headed to the kiddy area with no kids. Ha! 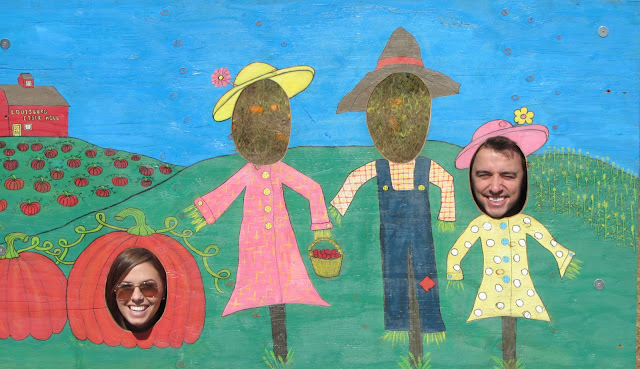 So we were our own kids.  I love that Ryan is the little girl in this picture.  He told me later that he thought he was being the pumpkin.  I think we will wait to go back until we actually have some kids to bring with us.  :) 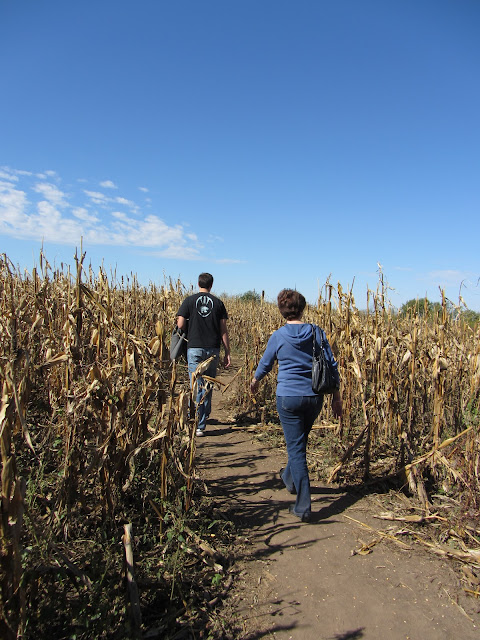 Then it was time to tackle the corn maze... or what was left of it.  We need to remember to do corn mazes in September while they are still green and tall and probably go at night.  We still made it fun though. 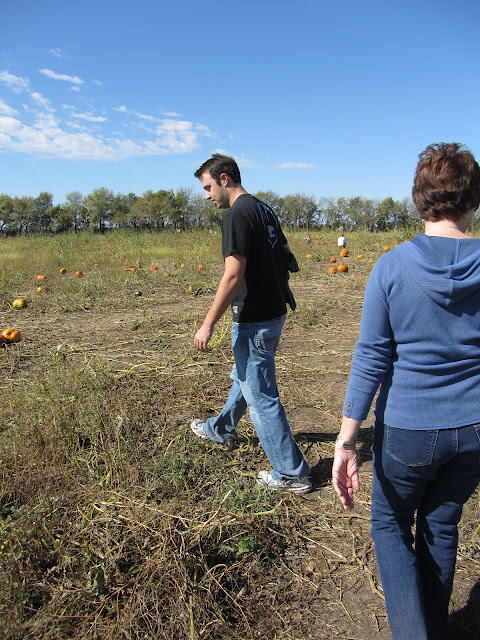 Finally it was time to pick out our pumpkins that would be going home with us. 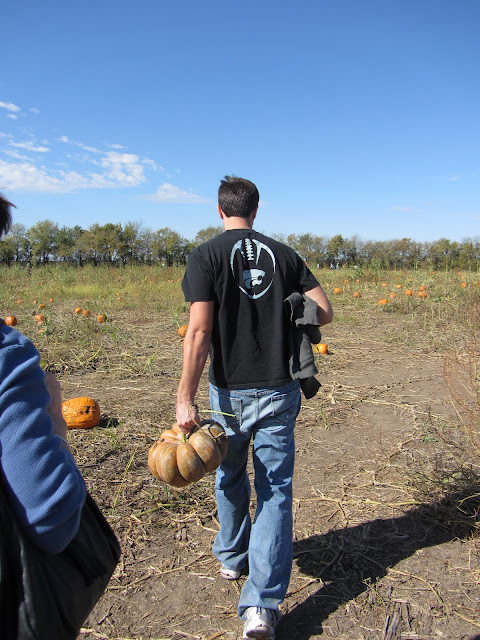 Ryan found the best one ever!! I love it so much.  I think they called them Cinderella pumpkins.  Next year I'm going to get a ton of them! 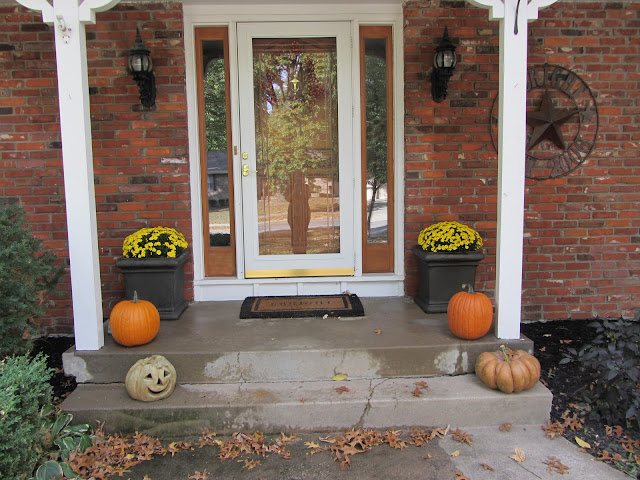 My mom and I stopped off at Suburban Lawn & Garden to grab a couple of mums and pots to finish off the look. 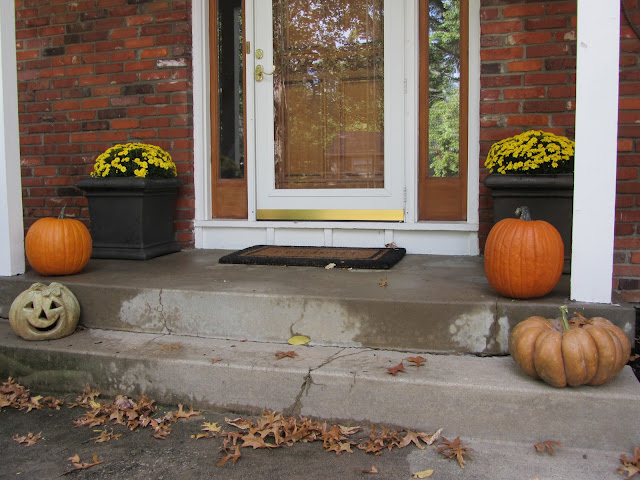 I just love fall decorations.  Ryan & I bought that extremely heavy jack-o'-lantern a few years ago when we were in Joplin, MO. 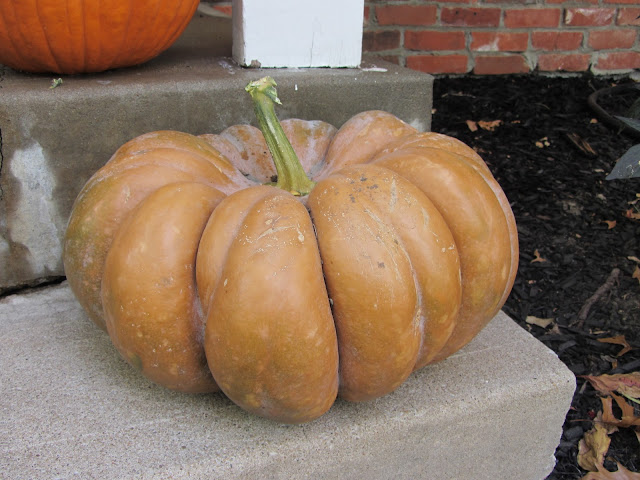 Closer look at the gorgeous Cinderella pumpkin.  I need to clean the dust off of it apparently! 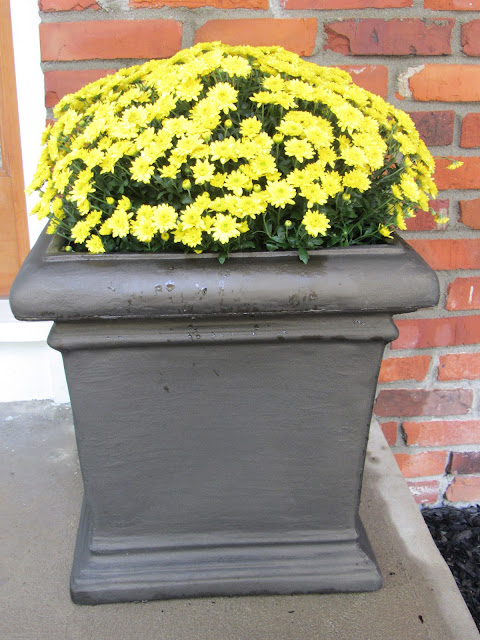 The gorgeous mums and our brand spankin' new pots.  Now I will just curl up and drink my hot apple cider that I got in Louisburg.

I will be posting on Emily's wedding and Vegas soon!