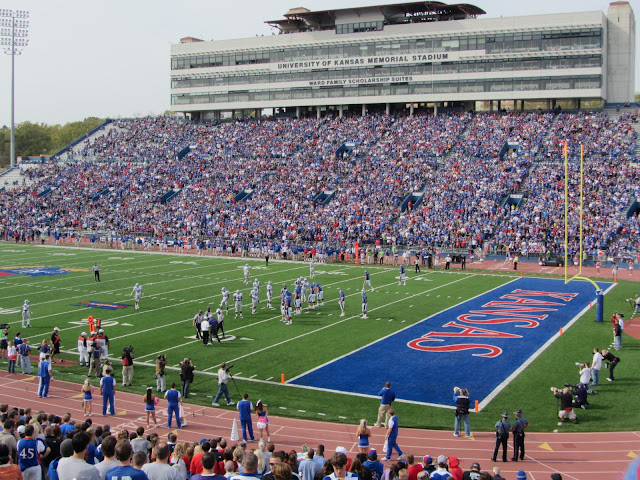 It was absolutely perfect weather for the game after it had been pretty chilly all week. 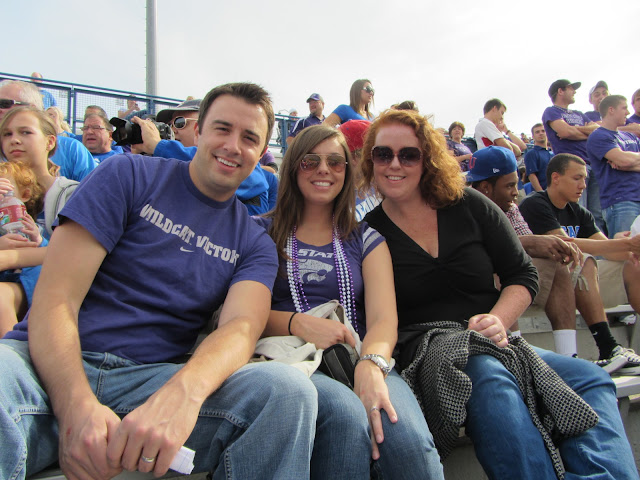 It was so fun running into people we knew that traveled to Lawrence to see the game.  We got to meet up with Ryan's sister, Emily & her new hubby Sean (not pictured). 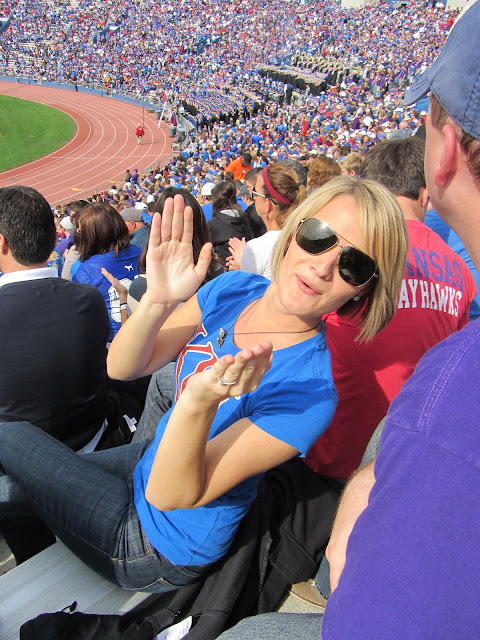 Kelsey, Austin & Brad
After half time the KU fans pretty much cleared out and we moved up to some awesome seats.  All I can say is Go State!

Later that day my family had their annual Halloween Costume Poker Tournament.  I know that was a lot right there, but that is what makes it fun! 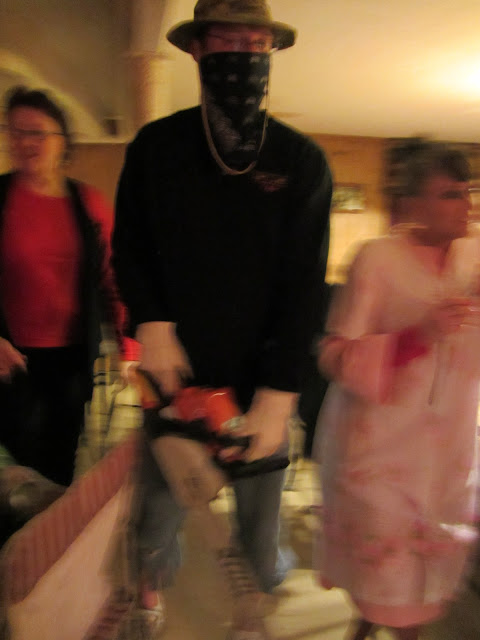 Blurred picture of my cousin's husband in his chainsaw massacre costume.  That was a real chainsaw but without the chain.  Still loud though! 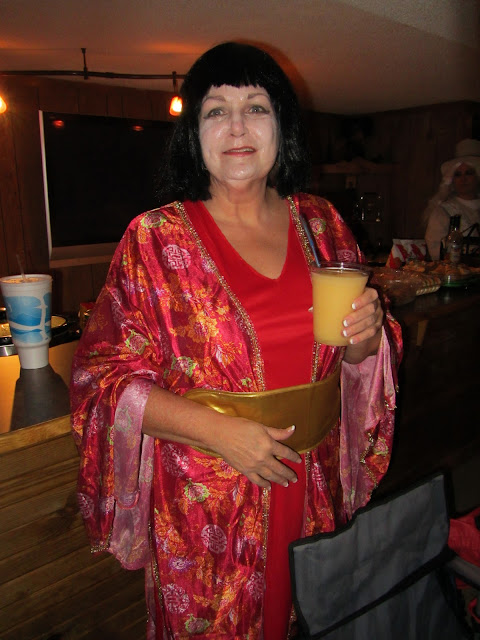 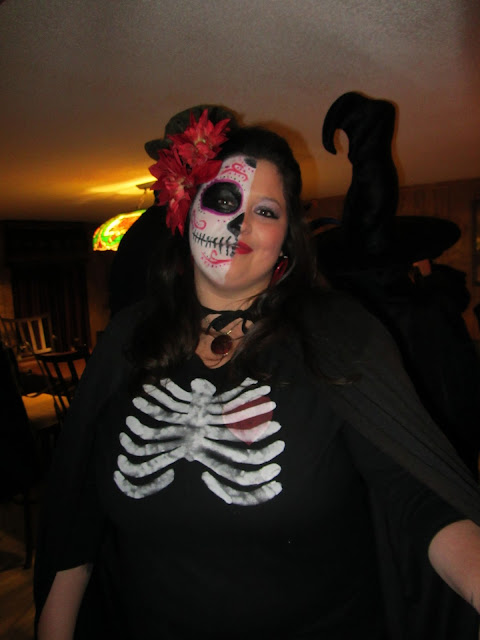 Cousin Lacey as the Day of the Dead.  Her face makeup rocks! 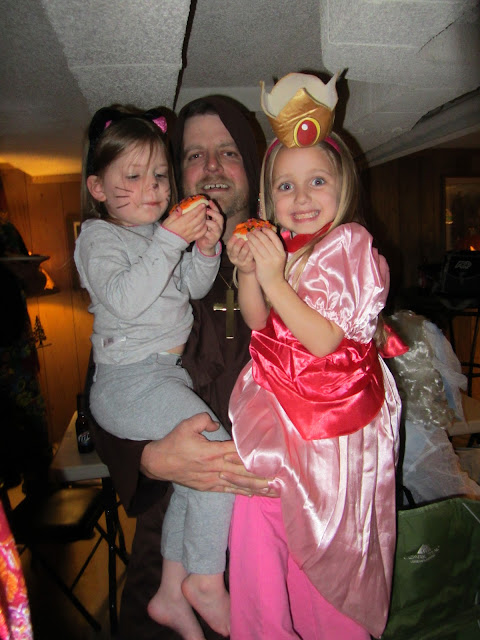 My cousin's kids being held by their Uncle Josh.
It was a very fun night and I was even beating Ryan for most of the game!  It was only my second time to play Poker ever.

On Sunday was my church's family farm day out south. 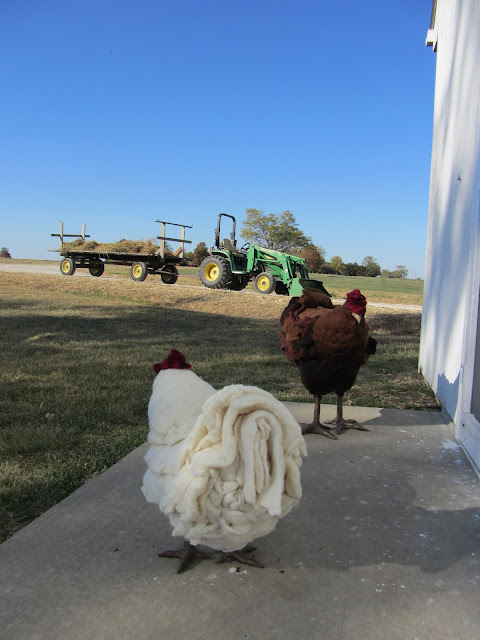 My in-laws were so gracious to let us borrow some chickens for the event.  Don't they look at home?? 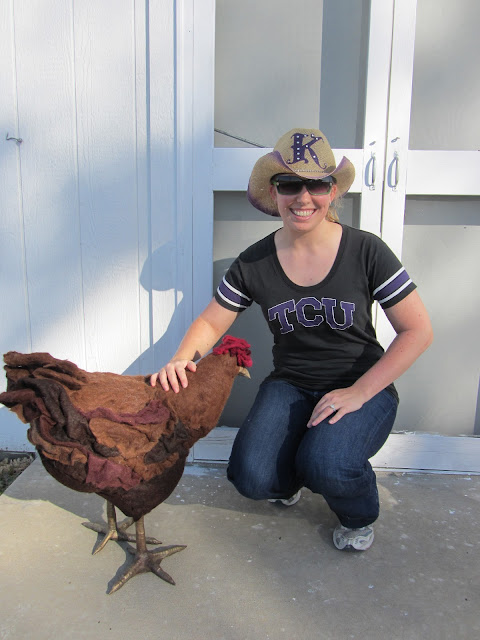 The perfect spot for photo ops for families.  Kara is demonstrating how it's done. 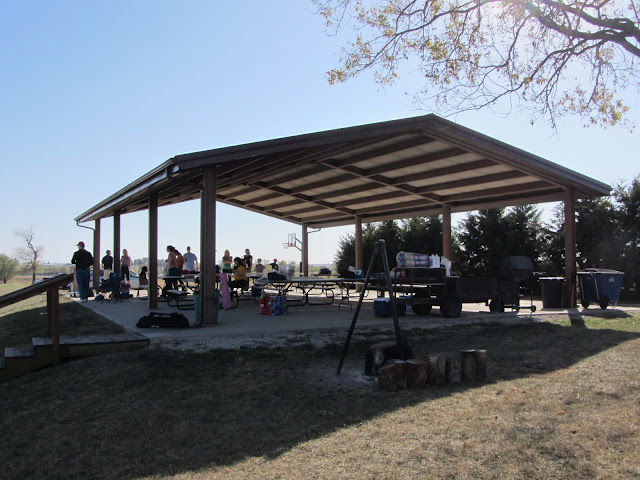 It was the again perfect weather and the perfect farm for such an occasion as this. 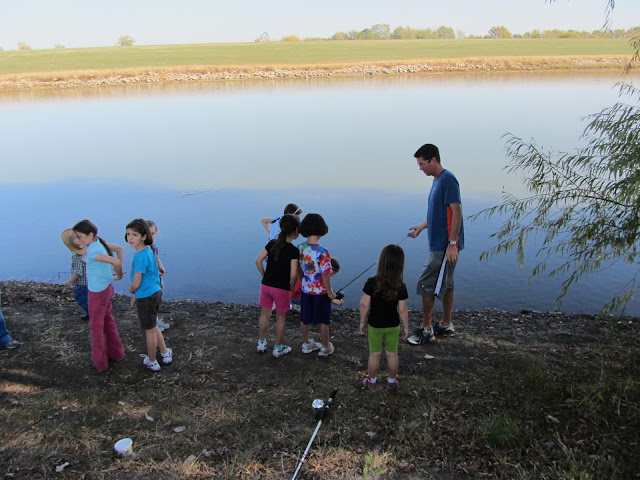 Here's our pastor, Ryan, showing the kids how to fish. 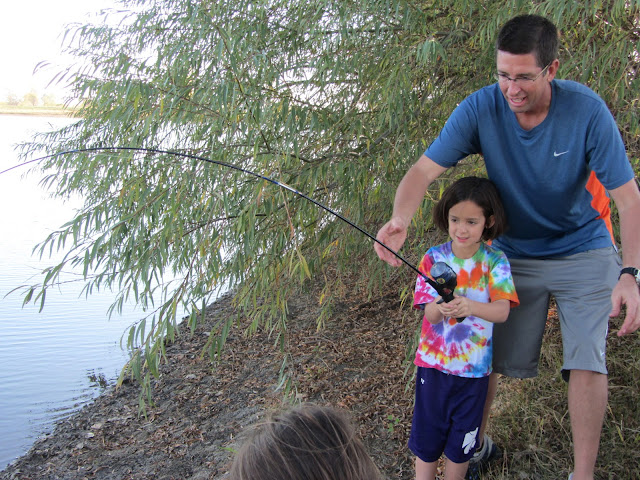 His own little girl had the first catch of the day! 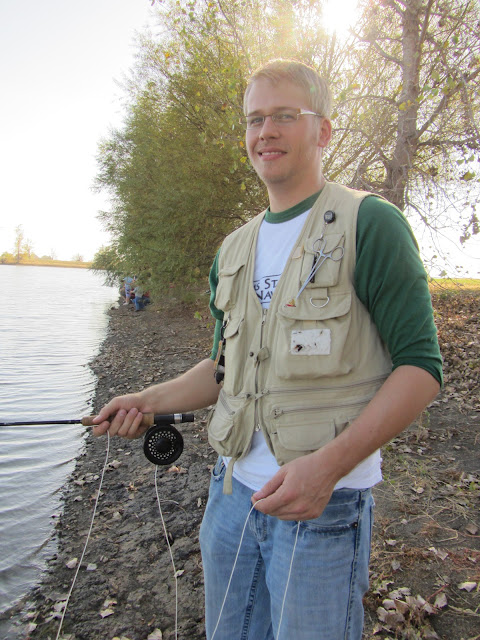 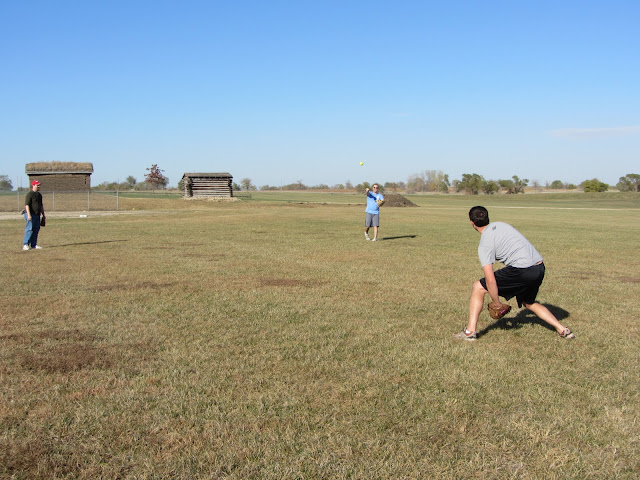 After fishing we all got warmed up for a rousing game of softball.  Teams were made up of small groups playing against each other. 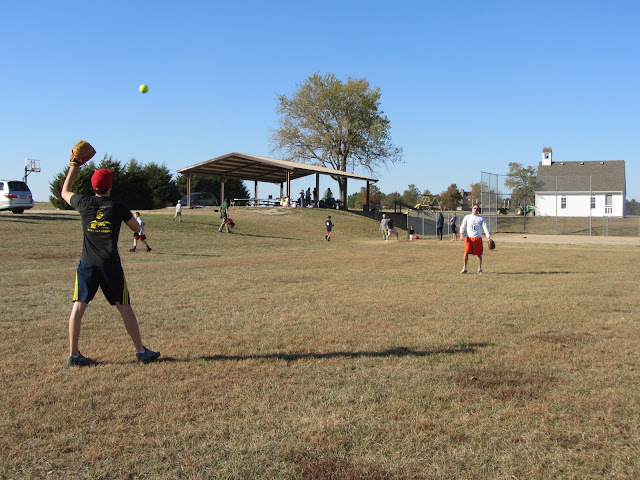 We all worked up an appetite for the cookout that took place after the game.  The whole event was so much fun!

It was busy but very fulfilling weekend.