How many Alpaca can you fit in one sassy chicken footstool?

To figure out what the title of this post means watch the video below.


Yes, that is my sister-in-law, Sally, on a news station in St. Louis, MO talking about her chickens!!  I am so blown away by her.

This past Saturday Susan & Sally brought their chickens to an annual art fair in St. Louis.  Ryan & I made a day trip there to help them out on Saturday with the crowds.  They were by far the most popular booth there!

It may of had something to do with this... 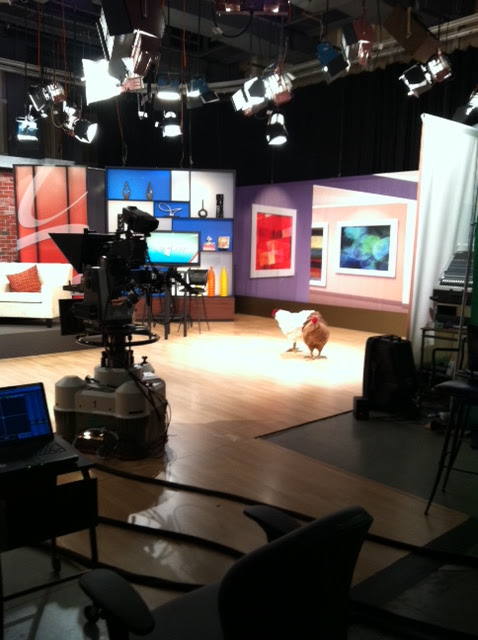 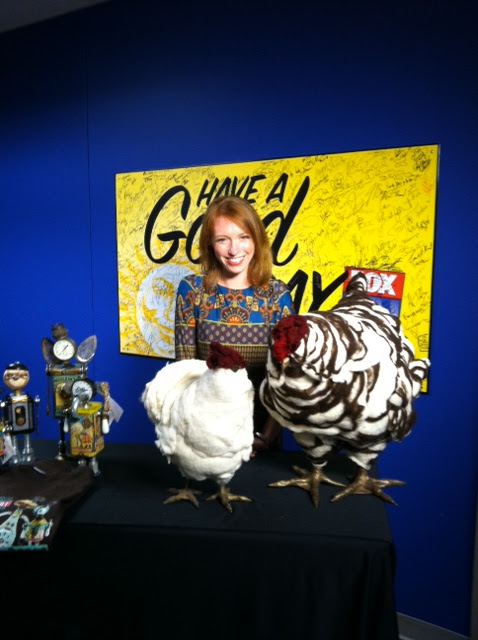 How cool is that??

And just in case you were wondering what an Alpaca looked like Ryan provided this gem for you.  :)

The art fair was Friday through Sunday but Ryan & I were only able to make it for one day due to what I talked about here. 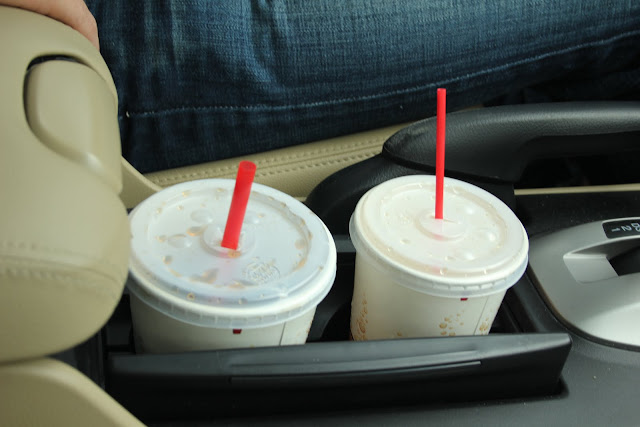 Our day started out bright and early at 5:00 in the morning.  It was a long drive from KC to St. Louis so we made a pit stop at Burger King for breakfast.  I had to show this picture of Ryan & I's drinks because Ryan's tiny little straw had me in stitches.  What is that tiny little straw for anyway?? 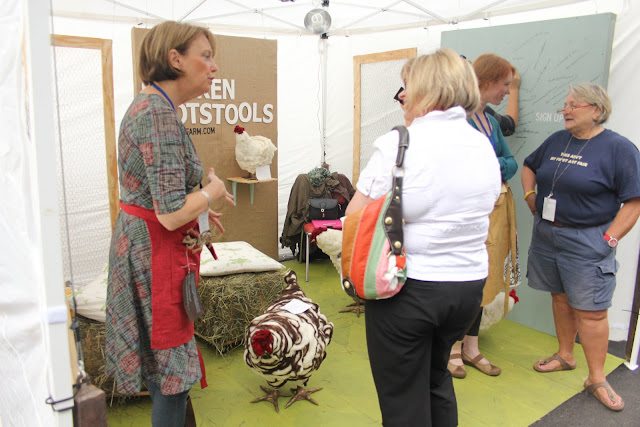 We arrived just after the fair started at 10:00 am.  And this is what we all looked like for the entire event!  We never stopped talking.  I think we all had scratchy throats and almost lost our voices by the end of it. 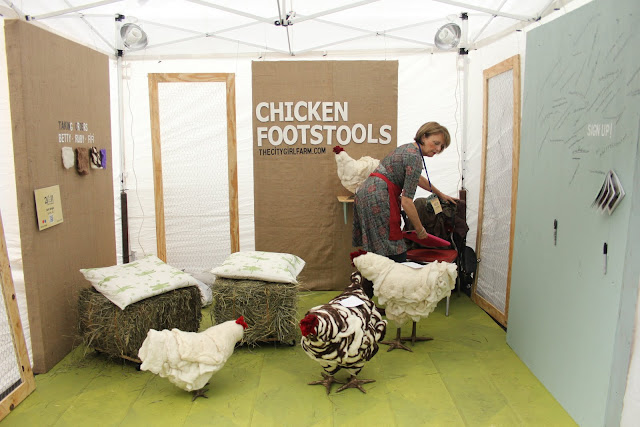 I LOVED their booth setup.  They had chicken wire hung up in wood frames for effect, and the large blue wooden board was for people to sign up their email address for more info.  Too cute!

By the time we got there, 7 of the 8 chickens they brought with them were already sold and they were taking orders!  They even sold their big purple chicken in Cardinal's country.  Ha!  The only one not sold in the above picture is the little white one on the left. 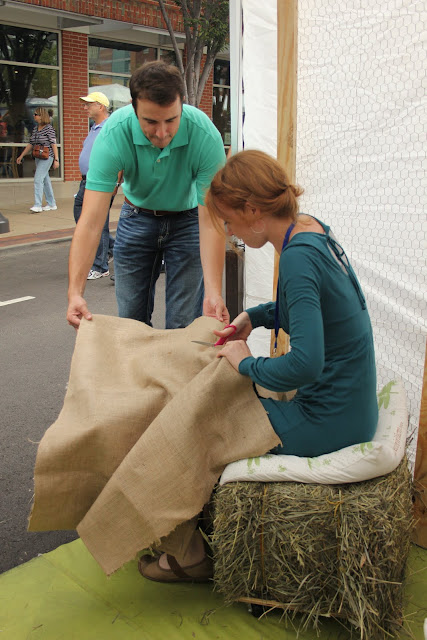 So Ryan put Sally to work making another one so it didn't seem so empty right there in front of everybody.  I think people enjoyed seeing the artist at work. 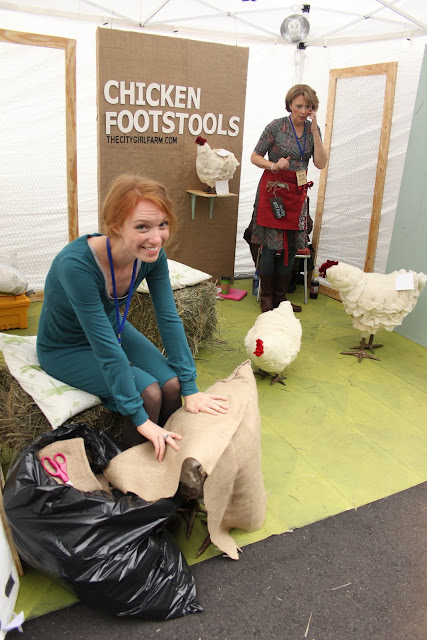 These are just a few shots of the constant crowd of people at the entrance of the booth.  We only took short breaks to rest our voices.  My cheeks hurt so bad by the end of the day from smiling so much! 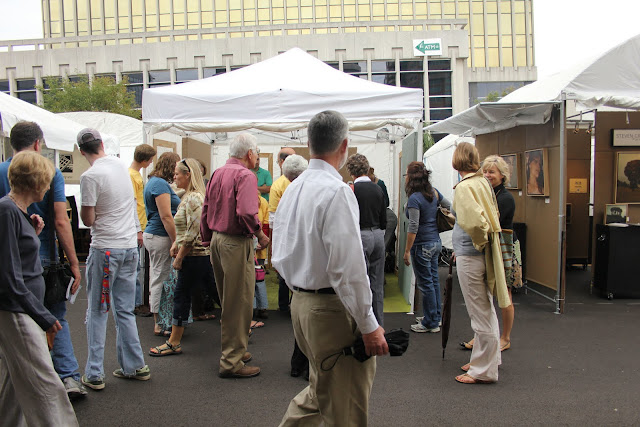 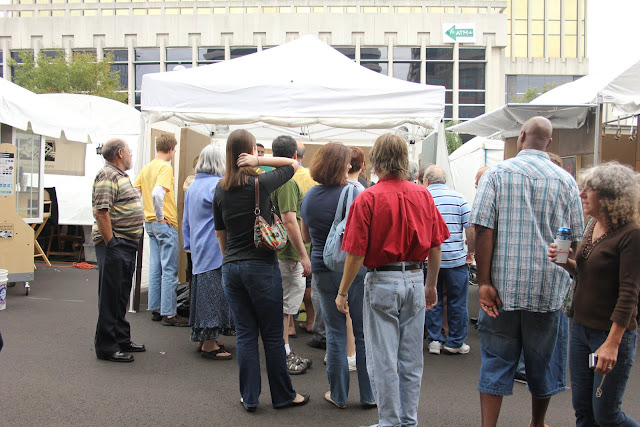 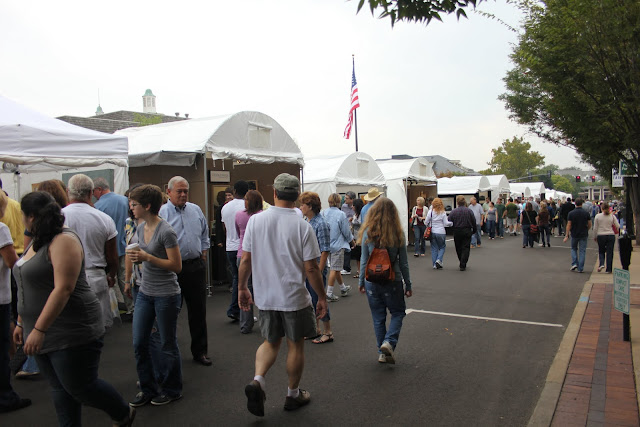 View of the booths lining the street. 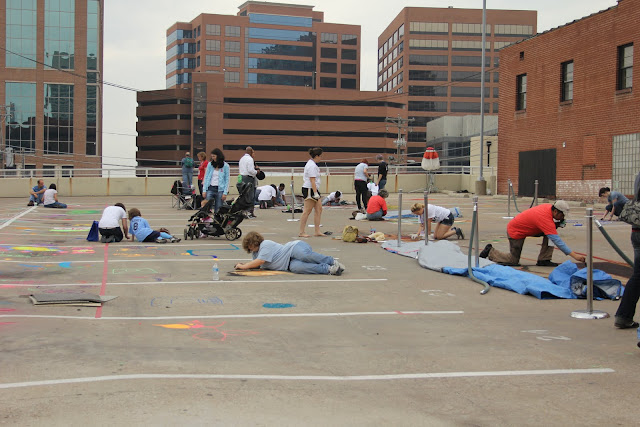 This was definitely the largest art fair I've ever been too.  There was even a place for people to draw their own art in chalk!

The chickens were by far the biggest hit with the kids.  They loved to pet and talk to them. 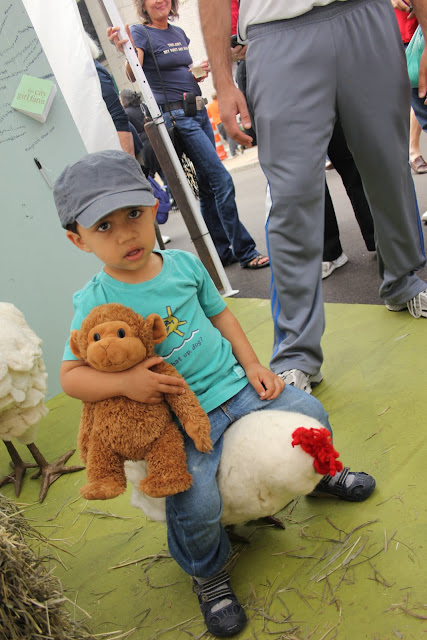 What a cutie!!  I loved that he was riding the chicken.  Ha! 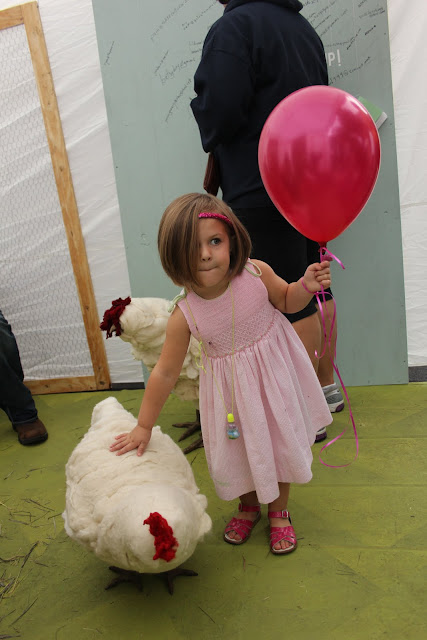 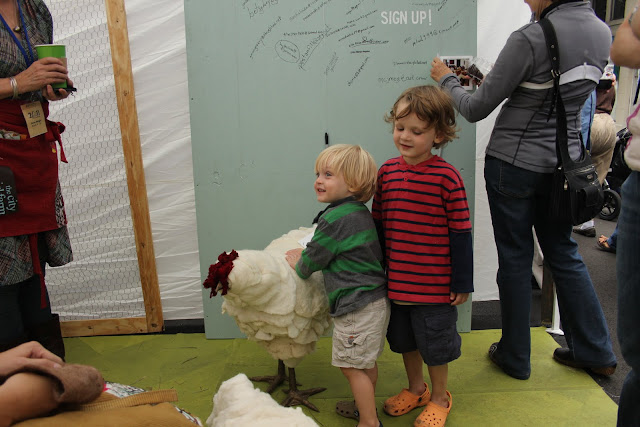 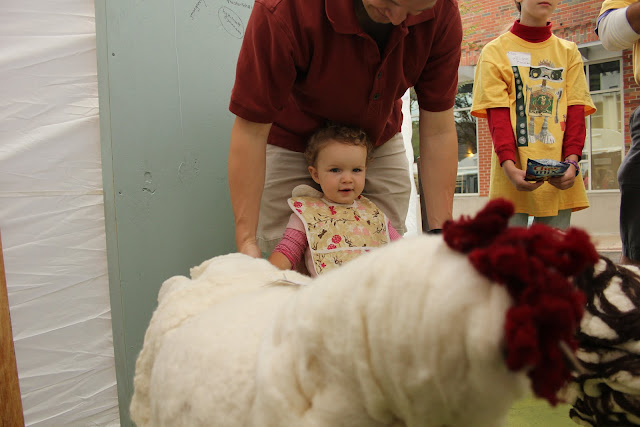 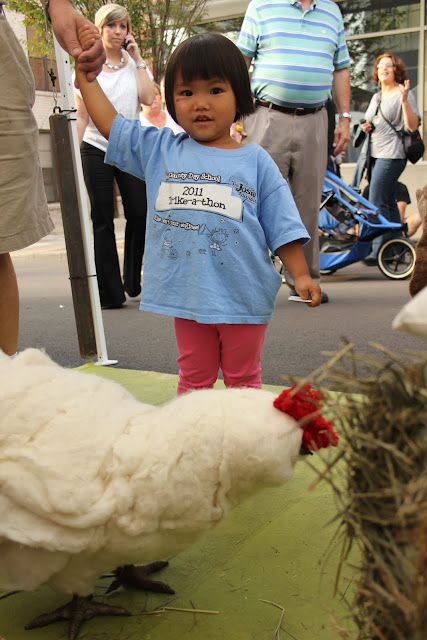 I can hardly stand it! 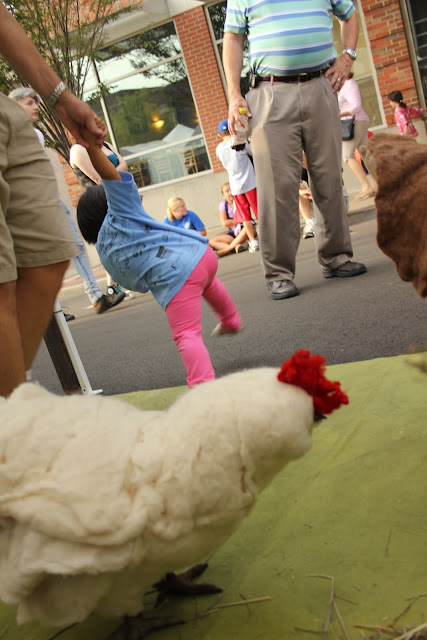 I died laughing after I saw this picture later on my computer.  That little girl was tearing off like that chicken had pecked her. Hahaha!

We finally took off around 7:30ish and made it home about 11:30pm.  We were exhausted so I can't imagine how Susan & Sally felt!  All that work and it definitely paid off.  They really got a lot of exposure and sold a bunch of these sassy chickens.  :)