Last week was my beautiful sis-in-law's 26th birthday!  We tried to surprise Sally with a birthday dinner in the middle of the week by meeting half way in between our towns.  Harlan drove her to Emporia where Ryan, Papa & I were all waiting for her at an Applebee's.  I think she figured out what was going on as soon as her dad drove her out of their small town.  :) 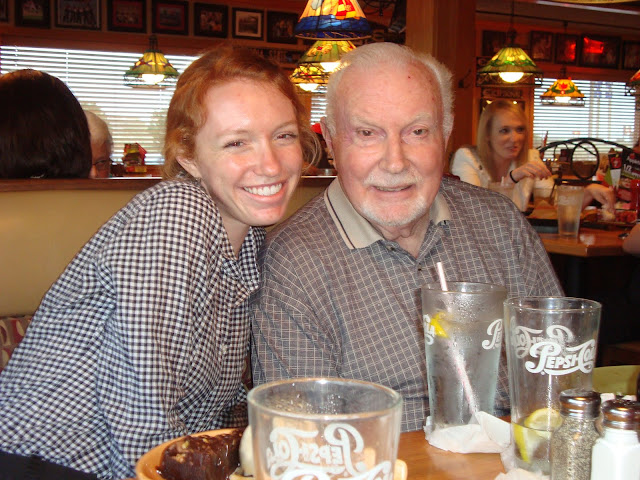 The birthday girl and her Grandfather 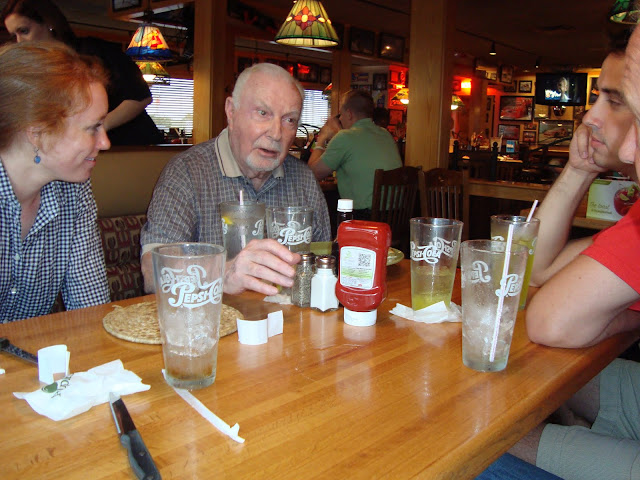 We were all treated to Papa's stories and jokes.  He must of been talking about something serious in this pic! 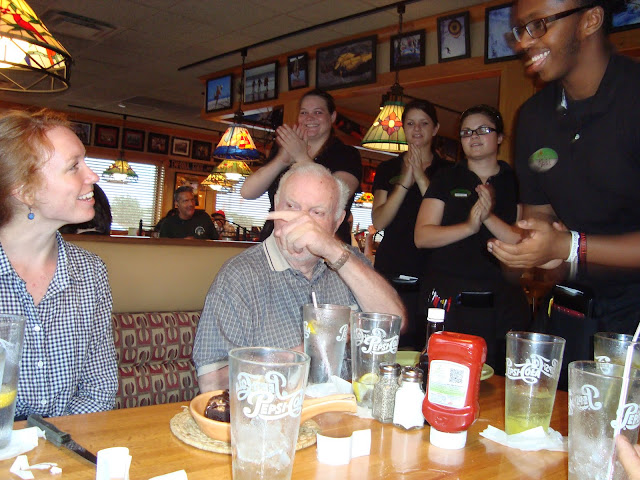 It wouldn't be a birthday dinner without the free dessert and the servers serenading you! 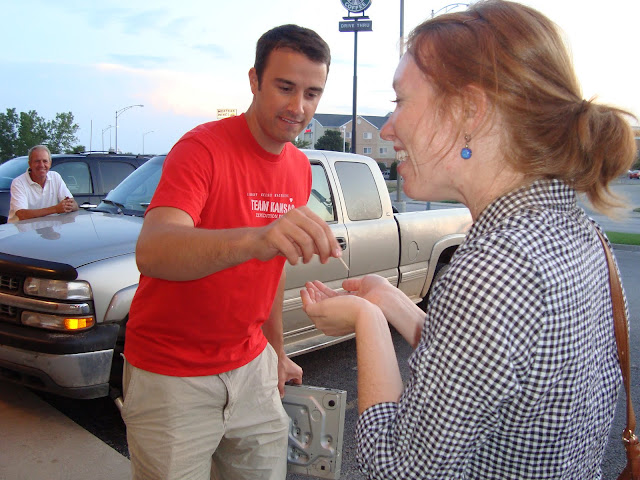 And finally it was time for the gifts!  Ryan of course had to have some fun with Sally first.  After poking her in the hand with a tooth pick he gave her a DVD player for her new apartment space. 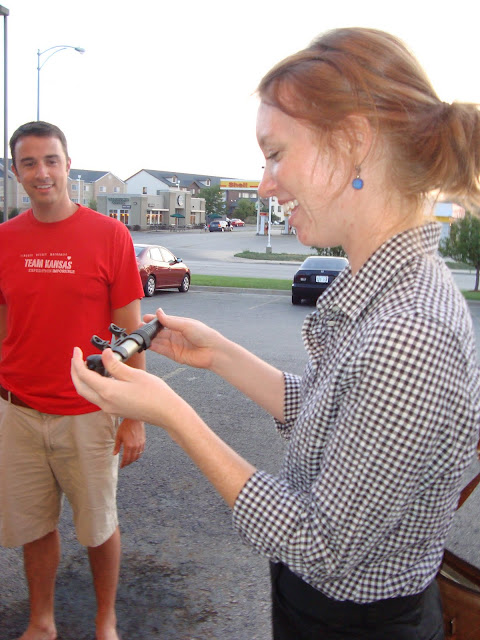 This was a clue to her final gift.  Hint: it was an air pump 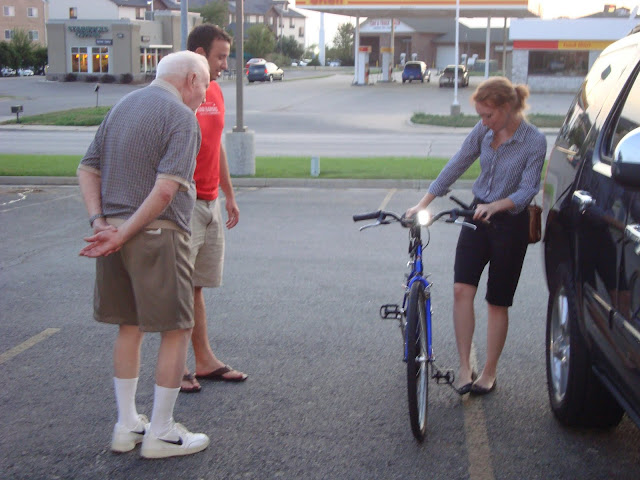 Ta  Da!!!!  Sally has been in need of a "new" bike for a long time now.  Especially, since she just moved into her own place in a neighboring small town.  So Ryan & I discussed it and decided to gift my bike to her.  The bike will get so much more love now with it's new owner! 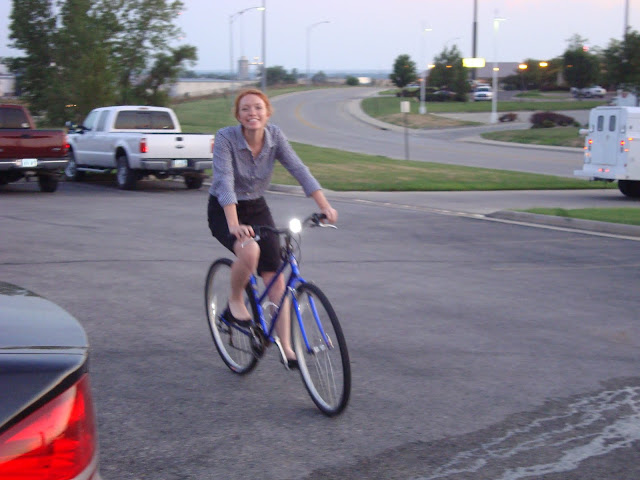