Sorry I've been so quiet on here this week.  It's been a tough week for many reasons.  But moving past that there have been so many things I've been meaning to blog about so I'll start getting to a few of them.  One thing that's been a big part of my life since April has been golf.  I never thought I would ever say that! Ha!  Ryan has had a love for this sport since he was young and was always trying to get me to play with him.  He even went as far as to buy me my own set of clubs off Ebay the first year we were married.  I maybe used them once?  My family is also really into golf and they even have an annual golf tournament that Ryan & I played in last year.
The women in my family also play on a women's golf league that I've been hearing about for years.  Well, since I've moved home I was invited to join.  I was a little hesitant at first since I'm terrible!!  But they reassured me that I didn't have to be good to join.  Plus, I wanted to spend more time with them so I agreed.  What I didn't realize was that it was going to be every single Tuesday from April to September!!  I was a little overwhelmed at first... but now I love it!!  In fact, I look forward to it every week.  :) 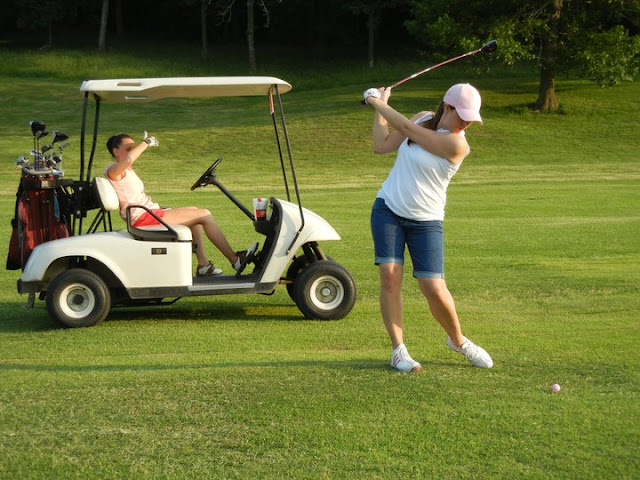 My partner in crime is my cousin (by marriage), Kathy.  She is so naturally talented!  It's been fun playing a different team each week so I can pick up tips from a bunch of different people. 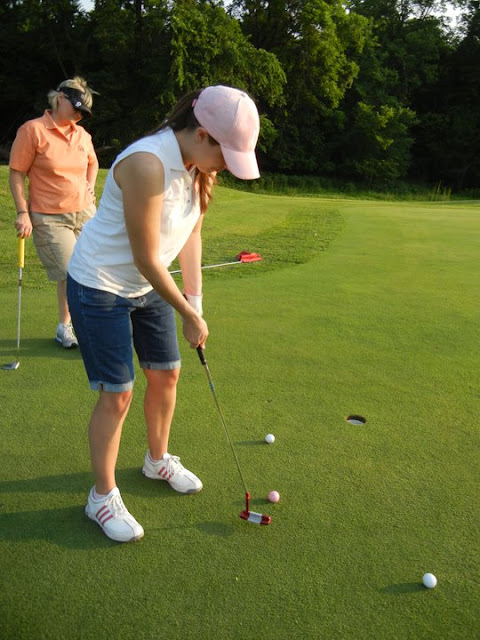 I have started to improve so that's been exciting.  However, one thing will get better and then another thing will get worse.  I guess that's golf for you! 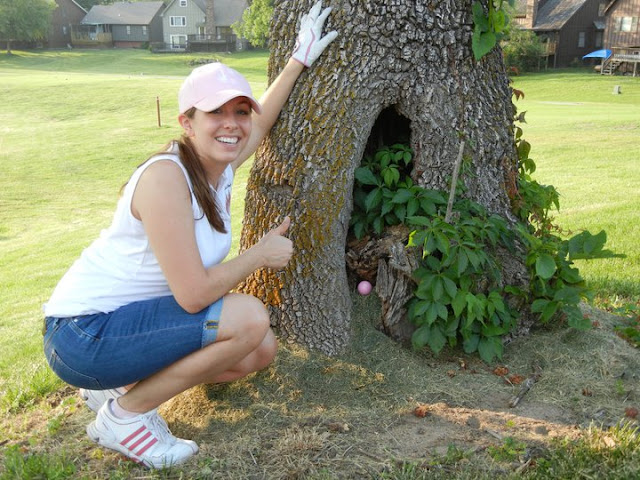 This is my favorite picture from the season by far.  I was teeing off and hit my golf ball about a hundred yards right into a trunk of a tree, and I'm pretty sure that's poison ivy or oak!!  That was a classic Lindsey move that everybody in the league is still laughing about.  Oh well, at least I'm having fun!