After exploring Millennium Park we haded back to our hotel because there was going to be a Memorial Day Parade going right past us!  Ryan & I wanted to remember the fallen this weekend and this was a wonderful way to do that.  I believe they said this is the largest Memorial Day Parade in the country. 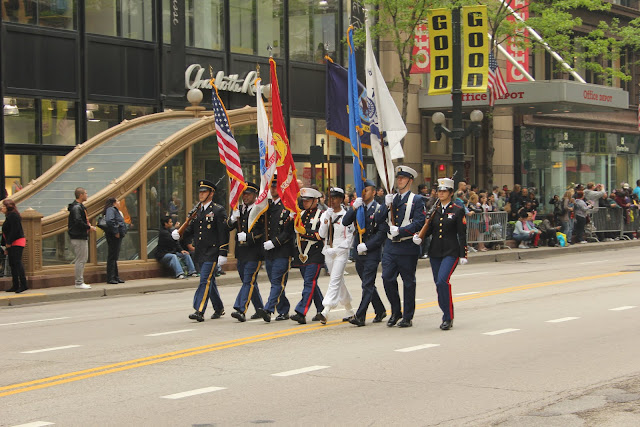 I captured a couple videos of the festivities.
Just a forwarning, this video is loud! So if you are at work I would turn the volume down. ;)
The buildings downtown were incredible!  There were historical mixed in with the modern.  It's probably my favorite downtown of any city I've been to.  These two apartment buildings were so different!  I decided I would live in these if I ever moved here. :) 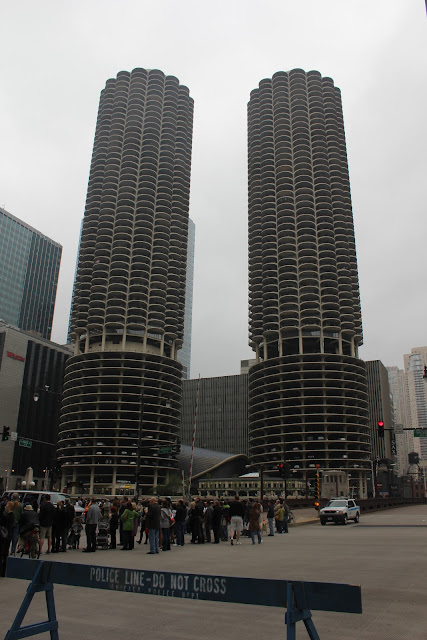 Just look at the parking garage down below!  The architect that built this many many years ago was definitely out there! 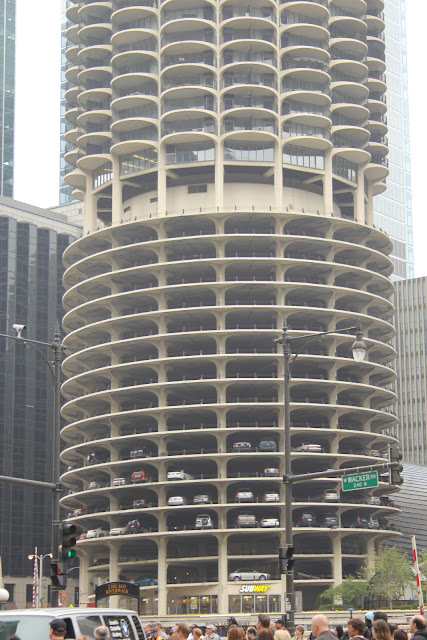 After walking all over the place we needed a little pick me up.  I always turn to cupcakes for that!  Ryan & I had never been to a Sprinkles before so we made it a point to try them out.  So so good! 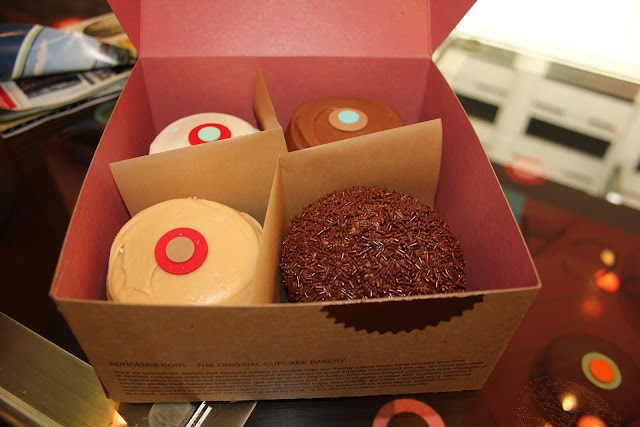 I'm always watching Cupcake Wars on tv and the owner of Sprinkles is one of the judges on that show.  It was fun to experience some of her cupcakes in person. 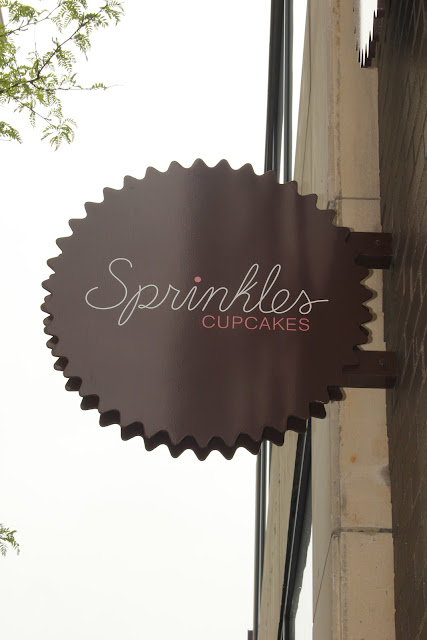 This is just a random picture for my mom.  Her email address is very similar to this and I thought it was funny to see a clothing store named after her. :)  I even saw on someones blog that they named their daughter Marlowe!  My mom's first and last name are becoming popular. 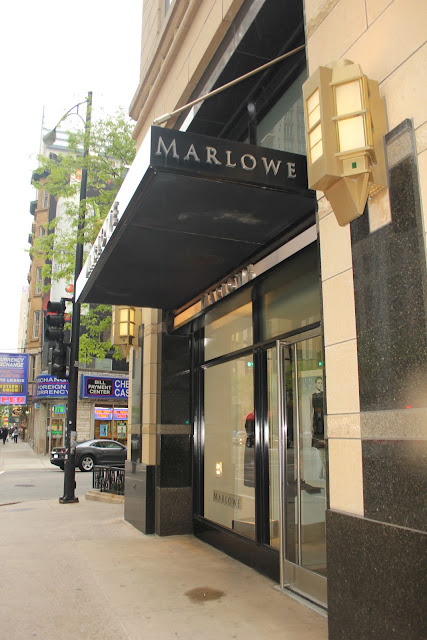 Did I mention that it just so happened that our besties Brad & Lindsey were going to be in Chicago at the exact same time randomly??  In fact, they & Brad's family were staying in the exact same hotel too!!  So crazy!!  They were there to celebrate Brad's mom's retirement from teaching.  It was so fun to meet up with them and get in a few Canasta games. ;)
Here is the whole gang eating at a restaurant on the Navy Pier. 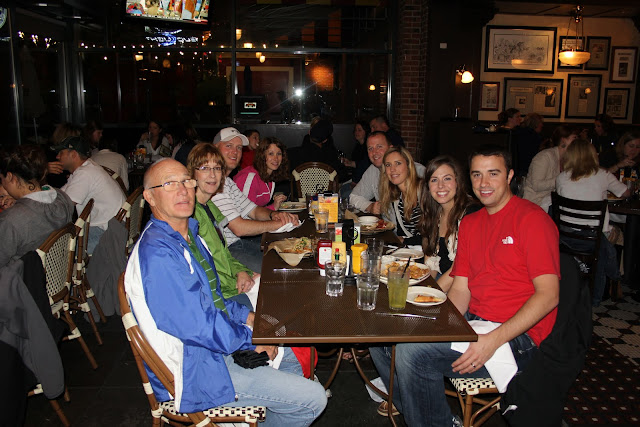 After doing a little shopping & exploring on the Navy Pier we watched the fireworks display to some music. 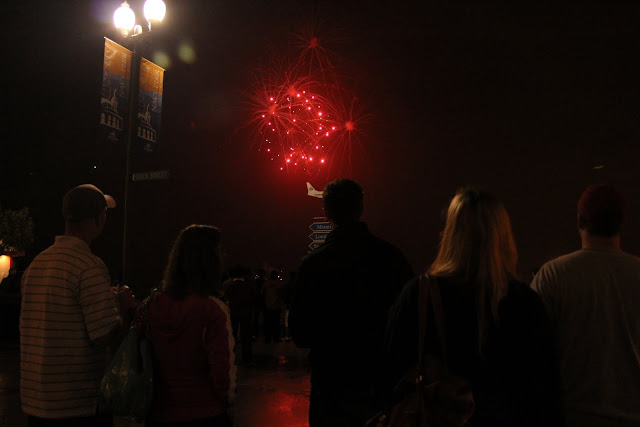 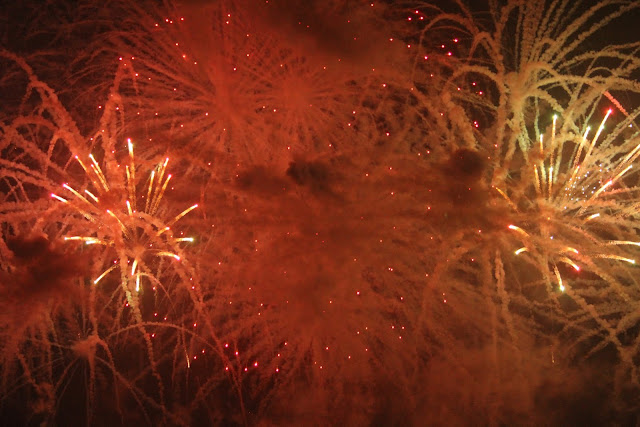 Here's a short video clip of the festivities.
More pictures of Navy Pier. 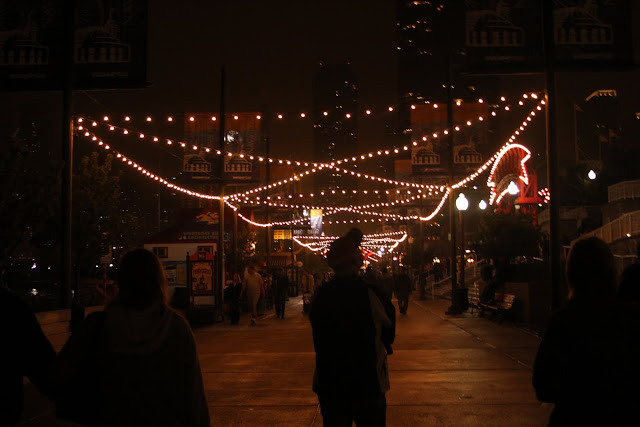 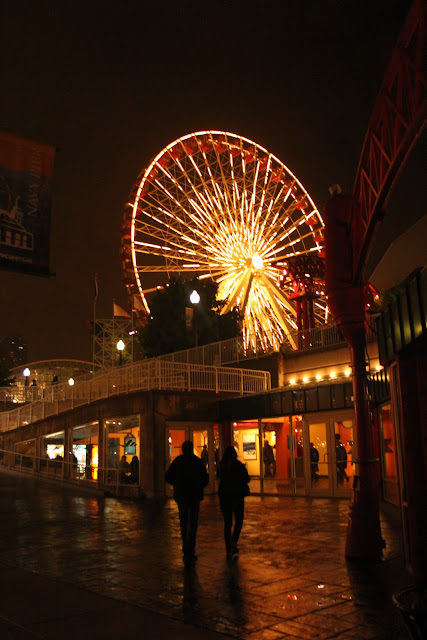 On Sunday, our last full day in Chicago, it decided to torrential down pour on us.  We were going to be taking a Segway tour that day but had to cancel it.  That didn't deter us!  We just grabbed our ponchos and umbrellas and headed out.  Ryan had been wanting to check out the Hershey's store so that was one of our first stops. 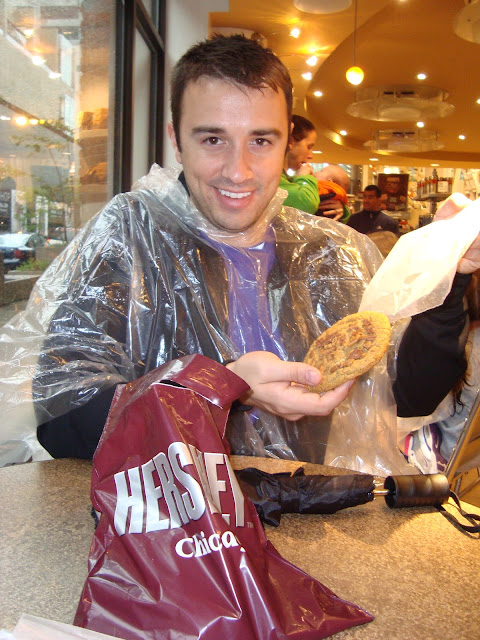 Oh that cookie was delicious!
This was the jumbo section of the candy store.  The Hershey bar was bigger then my face! 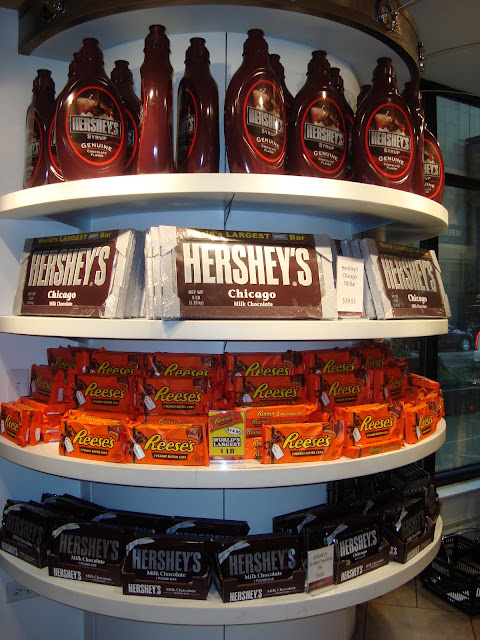 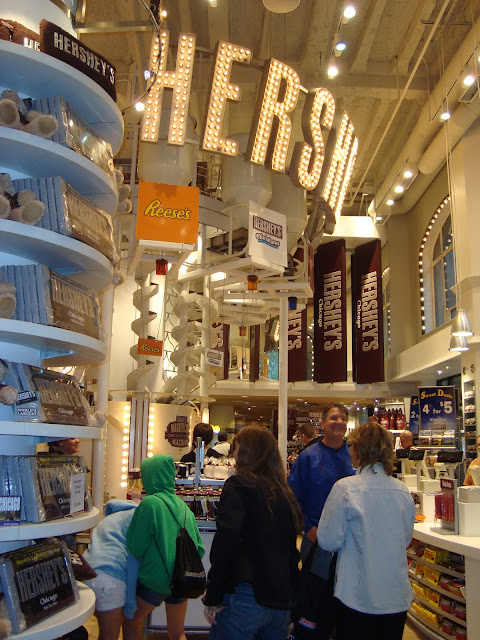 This was definitely a fun place to stop by. 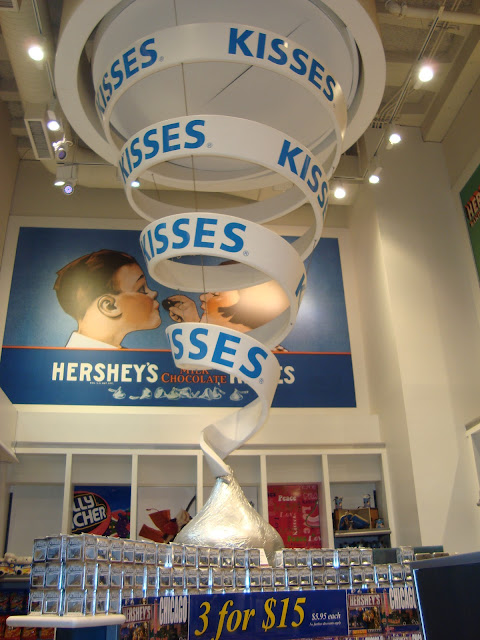 I really wanted to walk a little outside of downtown to see some of the famous row houses.  So we walked all the way to Lincoln Park and the surrounding area. 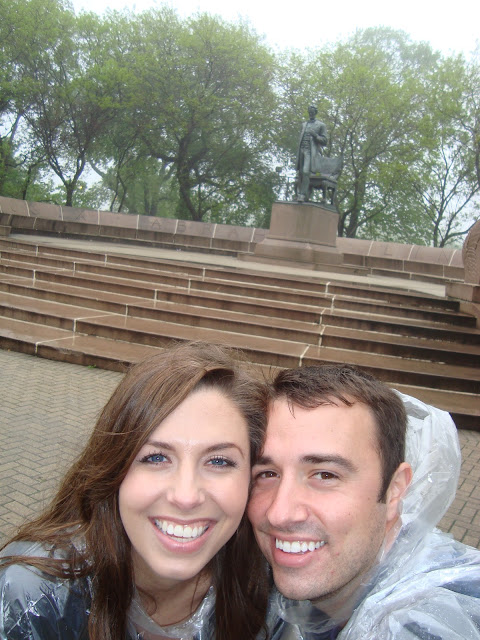 Wet but having fun.
There is not a lake in this section of the park but it sure looks like it after the rain. 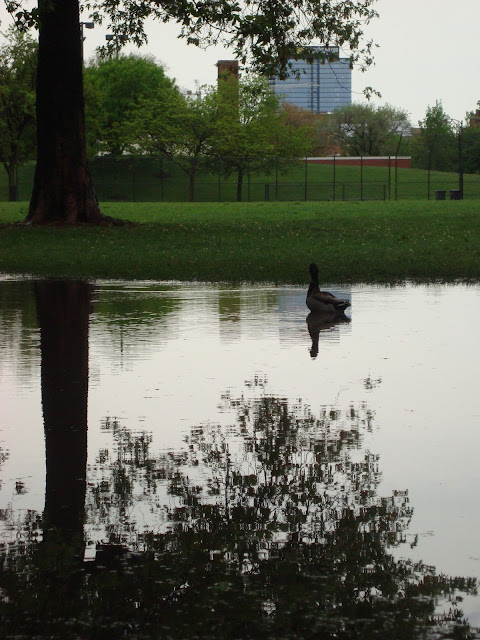 Ryan & I loved daydreaming about which row house we would live in if we had the choice.  It was so hard to decide!  There were a few for sale signs with brochures that we snagged to see how much one of these babies cost.  Let me just say... wow.

After walking over 7 miles that day we crashed at the hotel for a little bit before meeting up with Brad & Lindsey for dinner.  We decided to eat on the river walk for our last night. 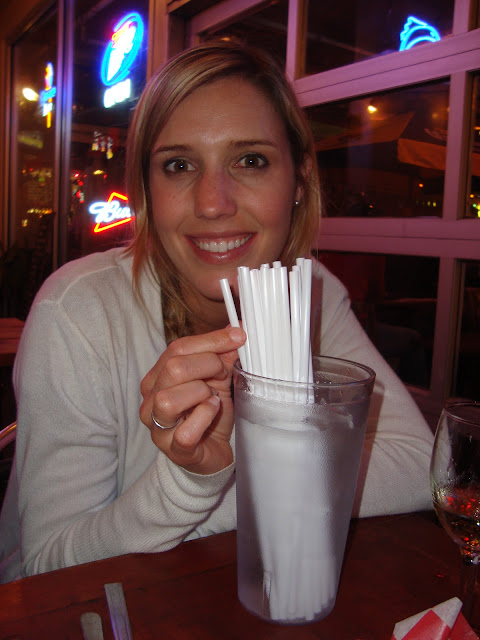 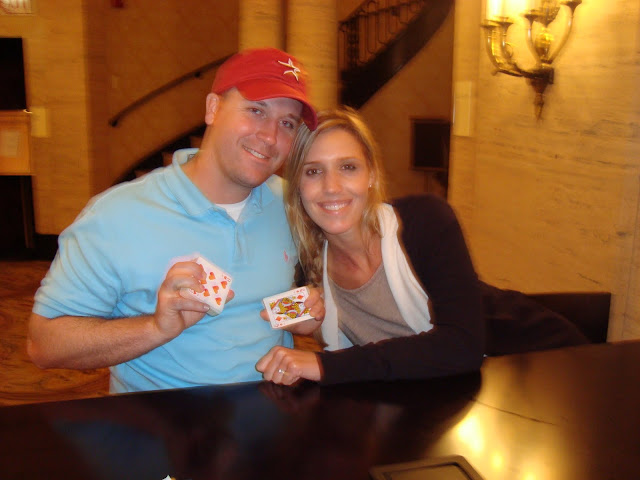 Afterward he headed back to the hotel to play one last round of Canasta together.  I know. We are nerds. 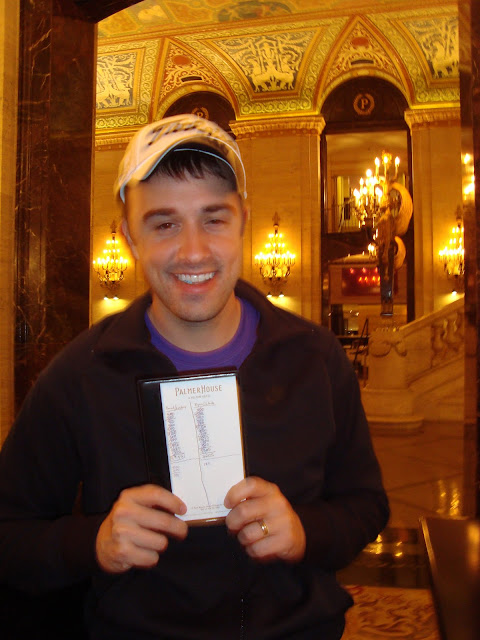 Ryan showing off the scores. 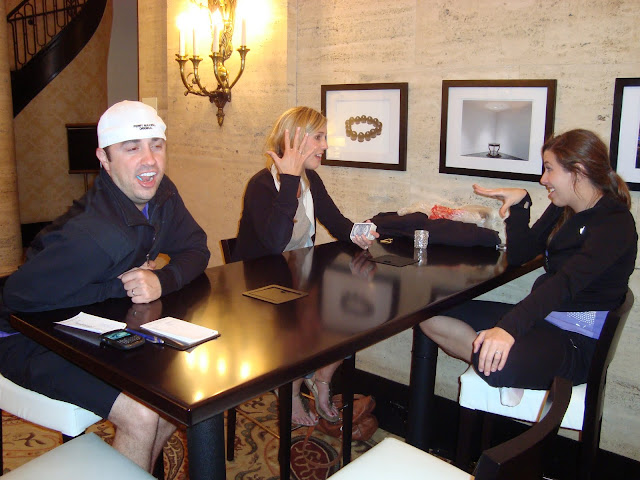 This picture cracks me up!  I guess we all decided to make a face and strike a pose at the same time! Not sure what Ryan was doing.
It was a wonderful trip despite the rain.  I definitely want to go back again and take some sort of tour to learn more about the history of the city and check out some museums.