Before & In Progress :: Driveway

Ok, I know that I promised awhile ago that I would post pictures of our new house, and obviously that hasn't happened.  We've been working away at it, but I haven't posted because I felt like none of the rooms were still finished.  I have now come to the realization that the house will never be "finished".  So I've decided to start posting what I like to call "before and in progress" pictures.
The easiest to start off with would be our driveway since I already posted about our roof here.  We had negotiated to have the driveway redone before we closed but didn't have the work done until after we moved in. 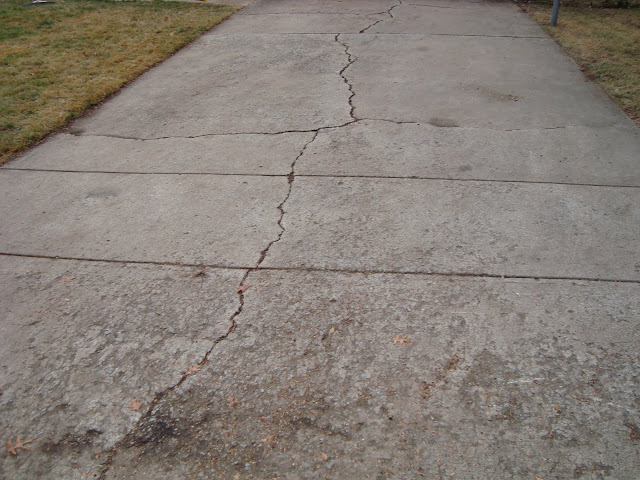 It was in bad shape. 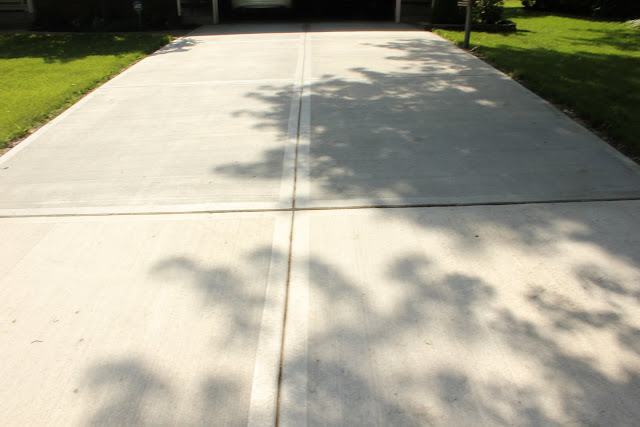 Now it's so new!! I feel like it's really made a difference to the appearance of the home.
Our next really big project is our siding...  I am so not looking forward to that and we are trying to hold off as long as possible.  Unfortunately, it's in need of repair or replacement.  I was hoping we wouldn't need to do anything with it until next year but it may have to happen sooner.  Boo.
Next up on this little home tour series will be the half bathroom.  I know random, but my in-laws did something really fun with it.  Stay tuned.