Did you know that the day before we left for Mexico we attended two different surprise birthday parties?!  We only got 2 hours of sleep before we had to get up to catch our flight.  Sometimes I wonder why we are so crazy.

One of the parties was for our friend, Melissa (who is pregnant with twins!).  Her sweet husband planned the whole surprise party on his own and just told us what to do.  Jeremy wanted to make sure his wife felt extra special on her 30th birthday.

The surprise was actually pretty funny.  There was a big group of us and some brought their babies.  As soon as Melissa & Jeremy arrived home and walked in through the garage one of the babies started to make noise.  We were trying to stifle our laughter.  Melissa apparently heard this and called out "Hello?!".  We all yelled surprise and busted up laughing.  She told us later that she thought robbers were in her home but that they couldn't be all that bad if they brought a baby.  Ha!!


Here's a quick video of just after the surprise. 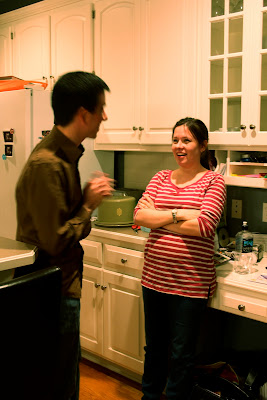 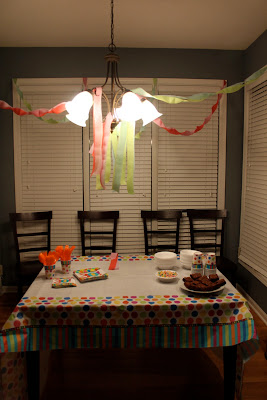 The girls got there ahead of the surprise to decorate the house a little bit with the stuff Jeremy secretly bought and hid from Melissa. 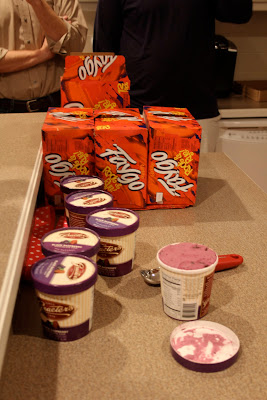 Jeremy was so thoughtful and had Melissa's favorite drink, ice cream, and chips & dip flown in from her home state of Michigan. 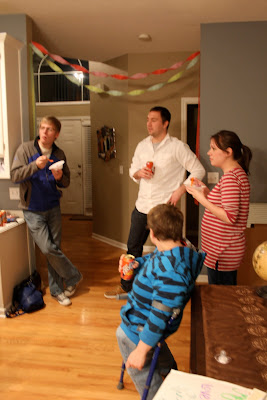 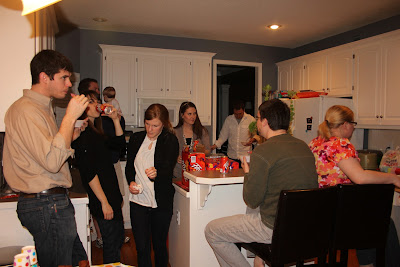 It was a fun night but we had to leave early to get to the next surprise party!!
Side Note ::  I'm excited for this weekend because I'm attending my church's first ever Women's Retreat. We're a small church that is growing fast and it has so many amazing women that I'm looking forward to getting to know more this weekend. For you locals it's going to be at the Stonecroft Ministries.