Over the last few months I feel like I've been hit hard with so much sadness.  I feel like over and over we find out that another friend or loved one's health is in jeopardy.  There's no way this side of Heaven to know why this happens.  It isn't fair but these are the times that I cling to truth and God's promises.
This little boy's name is Chase.  His dad, Doug, and grandfather, Don, have been neighbors with Ryan's parents for years and work together often.  Just about a month or so ago Chase's health sudden went down hill.  They realized he had bumps growing all over him.  He was airlifted to Children's Mercy in Kansas City where they diagnosed him with Burkitt's Lymphoma, a very rapid spreading cancer. 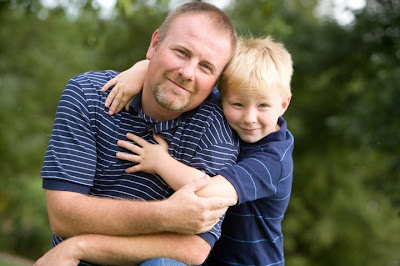 Doug & Chase
(This picture was taken a year or two ago so he's a little older then this picture.)
Luckily, they got him into the right hands just in time and he was able to start chemo to stop the growths. 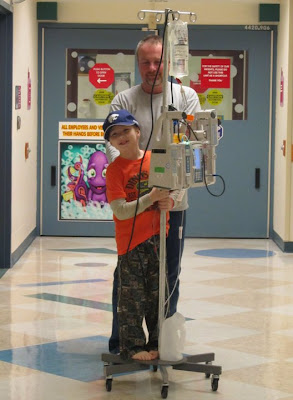 Since Chase's treatments are here in Kansas City we are able to visit him often which has been a blessing.  His cancer is already starting to shrink but he has a long journey ahead of him.  If you want to check in on Chase and his family here's his website.  (I think you just have to put in an email address to enter.)  I know the family would love your prayers.
The Power of Allyson 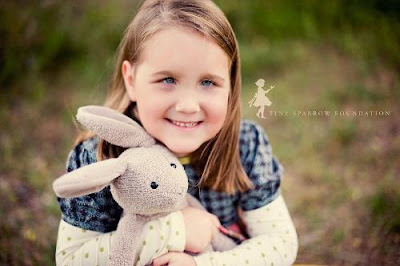 This sweet little girl Allyson has been on my heart for quite some time.  Her parents work for the same company as Ryan & I do, and Ryan often works with her dad.  She was diagnosed with a benign pituitary macro adenoma back in May of 2008.  After treatment they thought she went into remission but it returned in February 2010 but this time was malignant.  Again, she under went treatments and they believe they got it all.  She is currently under going treatment for what they think is radiation necrosis.  If you want to follow her story and send up prayers for her & her family check out their website.
When we lived in Bartlesville we were able to participate in fundraising activities but now we keep up through her CaringBridge site.
One of our good friends just told us her mom was diagnosed with Stage 3 Non-Hogkin's Lymphoma.  It's been a huge shock to her and her family.  Her mom is way too young to be going through anything like this.  She starts treatments soon.  Please be in prayer that the aggressive form of cancer is complete eradicated from her body and all the chemo does not leave debilitating side effects behind.
I mentioned in the previous post about my Uncle Kenny.  His kidney's are shutting down on him and he decided to forgo any treatments.  As you can imagine, it's been pretty miserable for him and his wife.  We are not sure how much time he has left.  Prayers are needed for comfort for everyone in this time.
These have been a few of the things weighing on Ryan & I hearts lately.  I'm trying to stay positive but it's hard when you see so much hurt around you.

(All pictures were taken from facebook or their personal websites.)
Posted by Lindsey at 1:29 PM