I've majorly been slacking on this here blog but the good news is that it means I've out living life.  :)  Ryan & I have been on the go none stop, and I have been bringing my camera along but just not snapping pictures.  Oh well.  I promise I will snap out of it.  Ha!
Just this weekend alone we went to a friend's party that had all the neighbors our age over, snow tubed, went to a small group party and went shopping for our up coming vaca.  I brought the camera along to all of these events but just managed to snag some pics tubbing.  I didn't bring my big DSLR b/c I didn't want to hurt my baby.  So I brought my point and shot and of course the battery was dead.  My last resort was my handy dandy iPhone which actually worked pretty well. 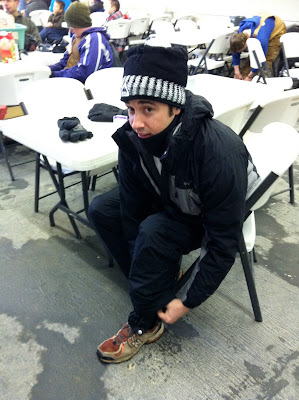 After the hubs and I watch K-State beat up on MU (oh ya!) we headed to Weston, MO for some snow tubbing this past Saturday.  We were meeting some of my family out there.  It thrilled me to be able to participate in the annual tubing event. 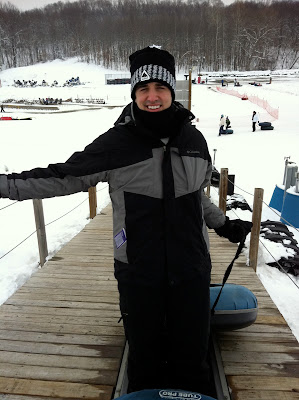 The weather was pretty corporative and the "fake" snow was descent to tub on. 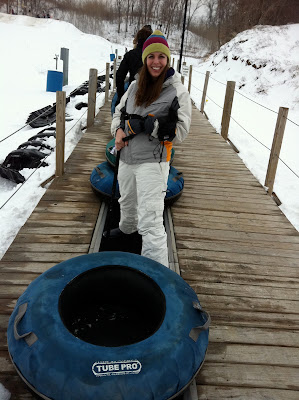 I am so glad they had a track that took you up the hill.  I don't think I would have made it other wise. 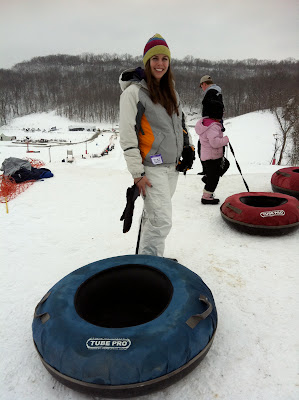 There were three different areas of the hill to tub down, and they were all about the same.  So we had to get creative with our techniques each time. 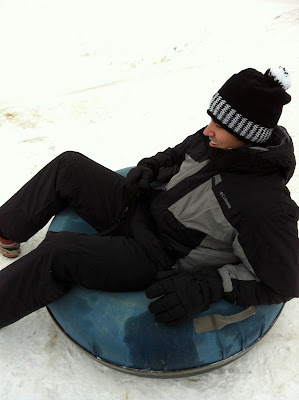 Ryan about to take his first run.  Isn't he cute?? 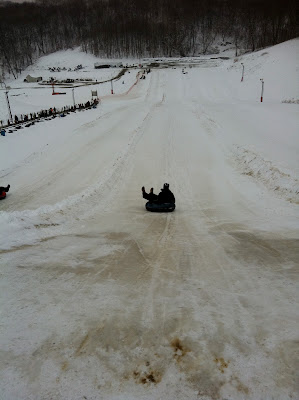 It's actually a lot scarier then it looks! 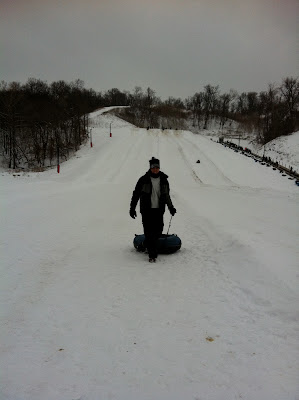 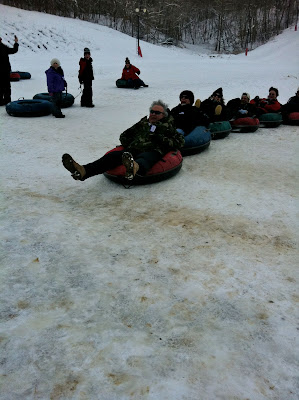 Here's my family screeching to a holt at the bottom. 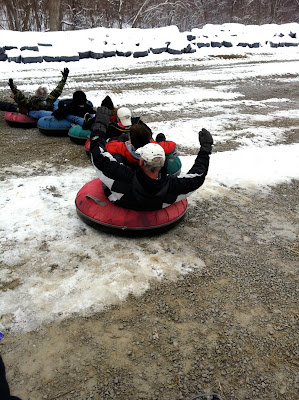 They went all the way to the gravel! 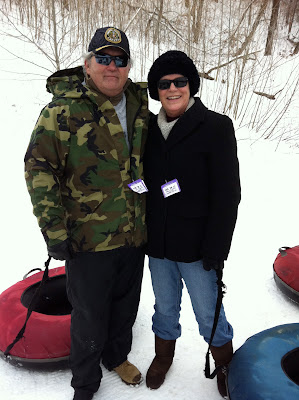 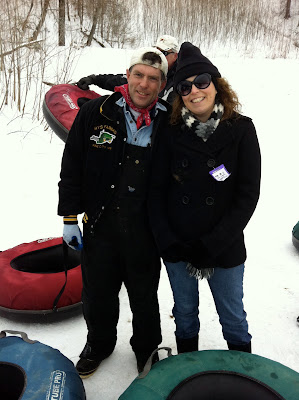 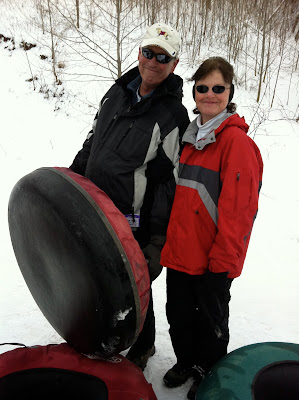 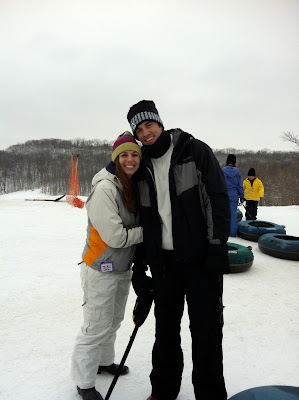 Ryan & I
Can I just tell you how much I love the iPhone's video capability?!  Amazing.  I put together a little montage of my video clips below.  There's Ryan & I going together spinning the whole way down and then group attempts to go down together.  Our famous formation was the "Flying T" and the square that just ended up turning into a circle.
Tubing from Lindsey Ebright on Vimeo.


Music by Rabbit! - Life is Sweet