Wow, it's been quite the winter here in Kansas.  I just don't remember all this snow as a kid.  I remember wishing it would snow more back then and now I wish it was less!  This week we actually had a snow storm classified as a blizzard!  What is a blizzard??
Apparently it's a ton of snow accompanied by high winds making it virtually impossible to see anything.
That all equalled a snow day for me on Wednesday.  Yay! 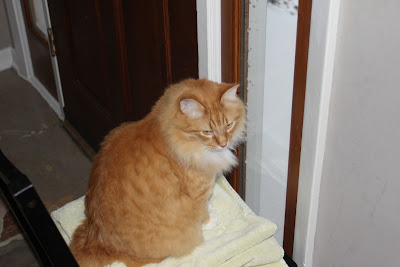 While I was still at work on Tuesday Ryan decided to setup a spot for little KC to watch the blizzard come in by the front door.  I'm guessing he thought the tile was too cold for KC to sit directly on? Ha! 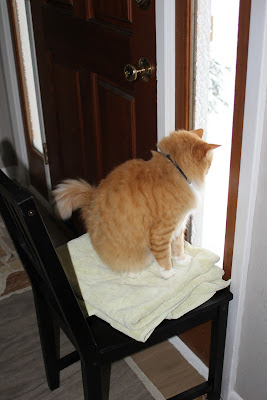 I totally admit that our cats are completely spoiled.  They are our furry children!  But doesn't he look so cute watching the snow accumulate outside? 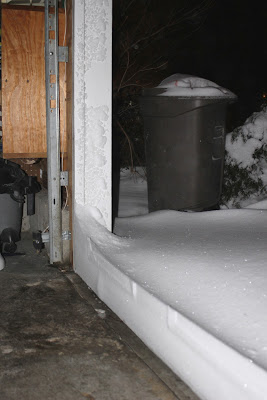 Last year was a bad winter with a ton of snow, and this year they said we are already 8 inches ahead!  Ryan has been so amazing this winter shoveling the driveway like a champ. This blizzard took the cake though.  This was what happened when he opened the garage door to shovel.  I think he had his work cut out for him.  So I made him some brownies.  ;)