This past Friday was our friend, Phil's, 30th birthday!  I can't believe a good majority of our friends are already embarking on their thirties.  I guess we aren't far behind.  :)  Ryan couldn't be there because he had to "work".  I put that in quotes due to the fact that he was in Dallas at the Big 12 Championship.  I guess he was with clients though...  Anyway, he hated missing out on Phil's B-day. 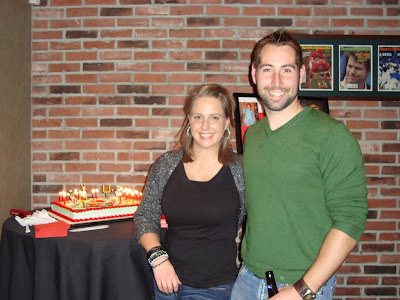 Megan (Phil's wife) organized an amazing birthday bash with all their friends and family.  She did a great job with everything.  Megs even made a sweet collage of Phil's youth.  I really liked the cake she picked out too  (of course).  She rented out a room at the Granfalloon down in the Plaza, and it was the perfect setup. 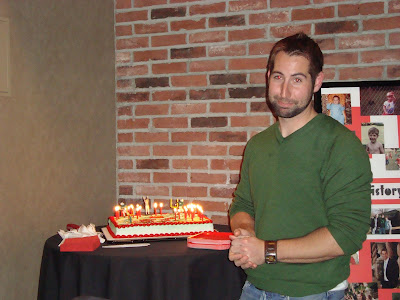 Phil about to blow out his candles.  He's from Nebraska so everything was red. 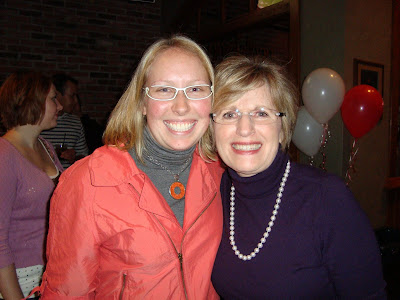 Megan's mom, Peggy, was there, and it was great catching up with her.  Everybody loves Peggy so we all had to get our picture taken with her.  :)  Here's Kara with her. 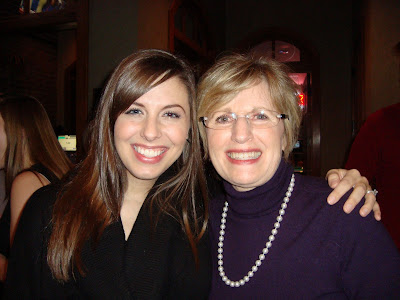 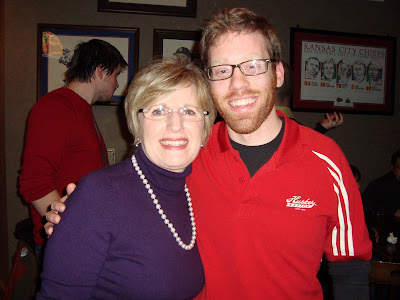 Peggy & Matt
She is such a neat lady and we're always excited to see her. 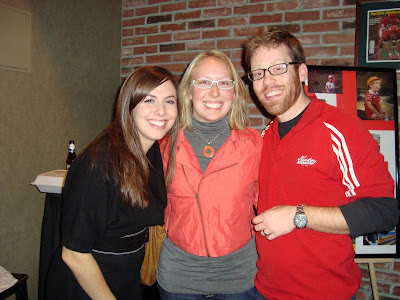 Kara & Matt were my dates for the night since Ryan wasn't there.  We had a good time.  Somebody please get me a spray tan quick!!  And what is Matt doing with his arm? 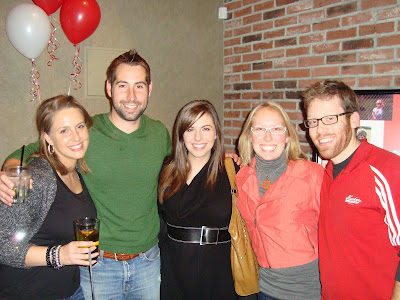 The whole gang (minus Ryan).  I love that Meg, Kara & I all went to high school and college together, and we are still friends.  Plus our husbands all went to K-State too.  Phil & Matt are both from Nebraska.  Ryan & Matt both were fraternity brothers together.  AND Phil & Ryan were both engineer majors!  Too funny.