Since we've been back in KC it has been a mission to attend all the local sporting events.  One of the first weekends home, we went to a Royals game with the fam and then to the K-State vs Iowa State in the Arrow Head Stadium with some friends.  I didn't get any pictures of those games though!  :(
The weekend of Mark & Brittney's wedding we dashed home for a Sunday Chief's game with some friends that also went to the wedding.  I had never been to an actual Chief's game so I was thrilled.  We had purchased some tickets in the nose bleed section.  I'm not afraid of heights, but I did get a little scared climbing all those stairs!! 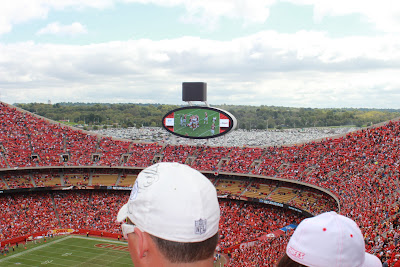 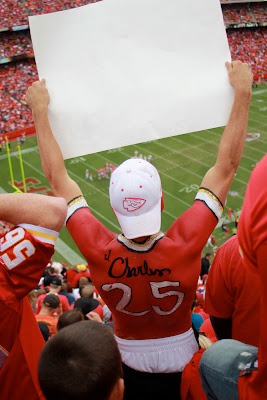 So after making our way down for some food we decided to scope out better seats.  Chief fans are crazy so we didn't think we would find any.  But we totally lucked out and found some fabulous seats right at the edge.  They were perfect! 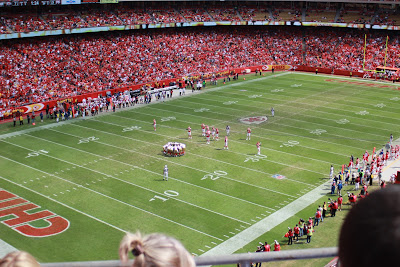 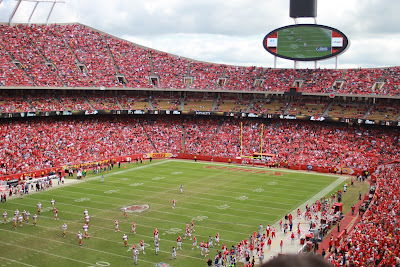 Our friends Jeff & Darby who are newly engaged!! 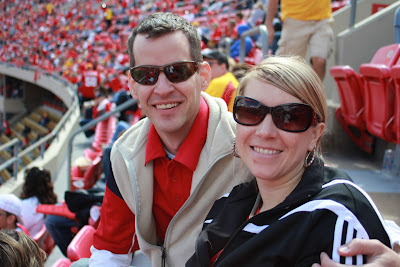 Super close shot of Ryan & I 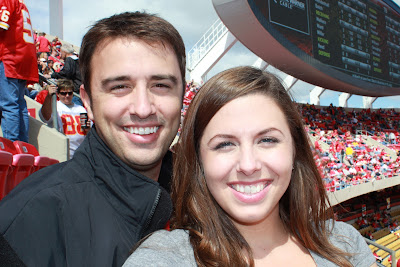 Jeff & Darby over looking the field. 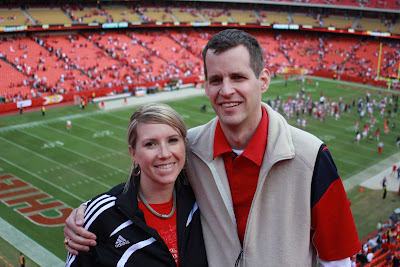 Jeff & Darby were in town from Houston and wanted to see the new Arrow Head Stadium.  They are huge A&M fans and since they were already up North for the wedding they wanted to stick around for the Oklahoma State vs A&M game on Thursday.  So after the game we showed them around KC for awhile. 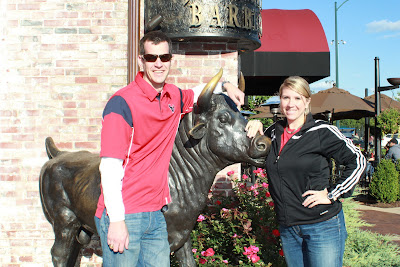 We had fun going to the Kansas City Art Fair and showing them around the Plaza.  Then having dinner at the best BBQ around, Jack Stacks. 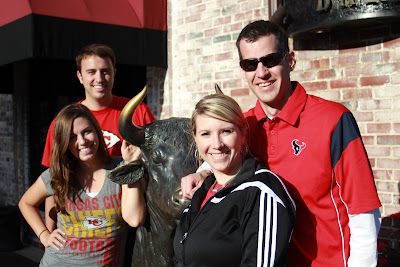 Best fountain to take pictures in front of.  :) 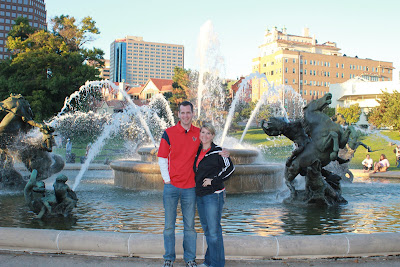 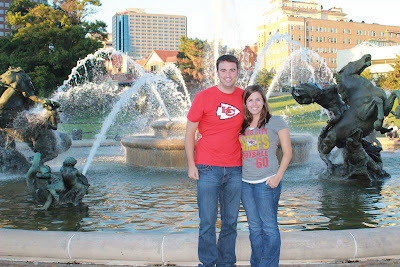 After that they were off to camp for a few days until their big football game.  It was a blast!  The Chief's had a fantastic game and was so much fun to watch.