For Ryan & I's anniversary weekend we really wanted to go somewhere we hadn't been before. The rule was it had to be within driving distance. We had been debating between, Corpus Christi, South Padre and New Orleans. All these locations would have been fun but would be more fun with friends! So we invited Mark & Brittney along too, even though we weren't sure where we were going yet.
Well, Ryan surprised me by booking an awesome hotel in New Orleans the Tuesday before we left!! 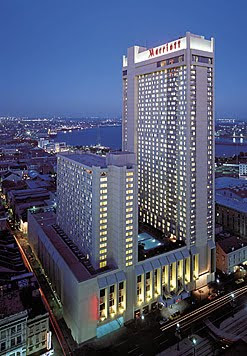 This Marriott was right on Canal street in the middle of the action. It was close to shopping, the river walk, nice restaurants, the casino, and the infamous Bourbon Street.
The hotel was freaking amazing. I'm just glad Ryan didn't force me to stay in some hole in the wall 1 star hotel like he used to! :) 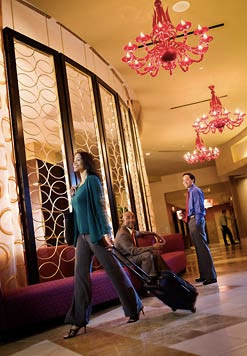 New Orleans was about a 5 hour drive from Houston which wasn't bad at all. We made it into town in time for lunch.
So after checking in and dropping our stuff off we headed out to explore and find a neat place to eat. This little dive caught our eye and ended up being really good. It had a great atmosphere and offered options besides seafood. I'm not sure what Ryan & I were thinking when we decided on New Orleans when we don't like seafood!
Brittney & Mark 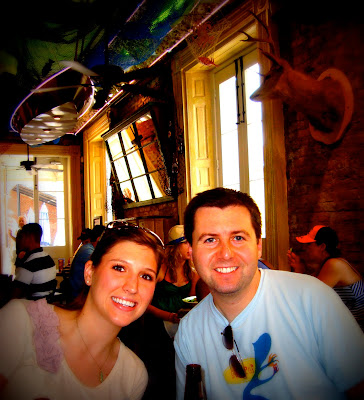 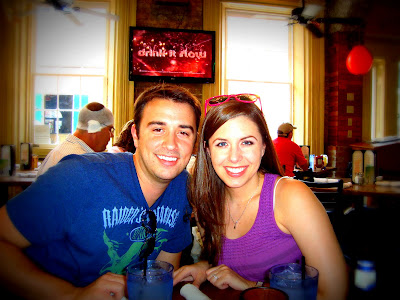 The weather was great, a little on the hot side, but over GREAT! It was perfect for maundering the streets. We happened across one of my favorite stores that sells... Cupcakes!! 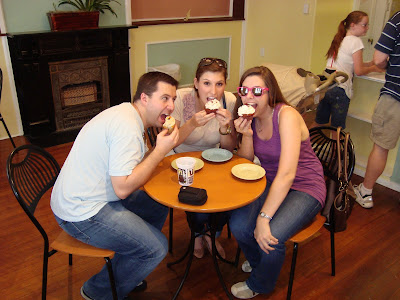 Oooooo, I was so in heaven here. I love Brittney's look on her face. 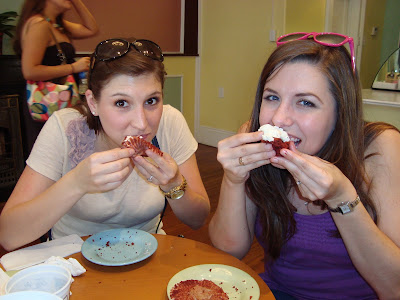 We also had to scope out the Casino for later that night. Mark & Ryan really just wanted to try their hand at a game of poker. It was pretty nice and this was my first time in one! 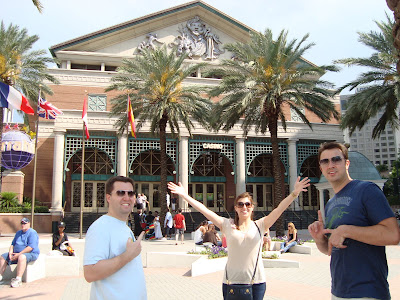 Then we strolled the river walk and stopped to people watch at a rather large fountain. 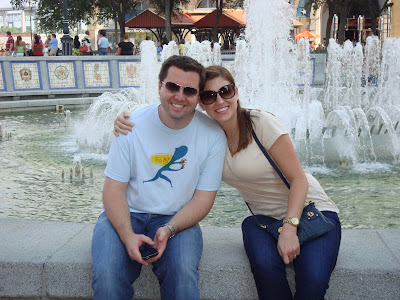 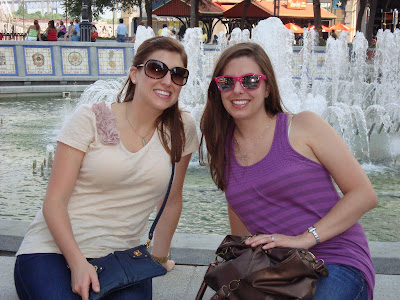 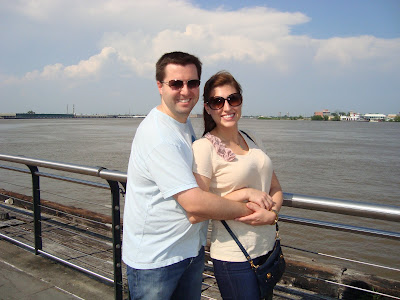 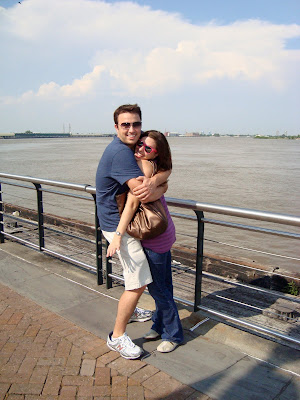 Ryan couldn't resist trying on my rad sun glasses that I got at Target. He was jealous. 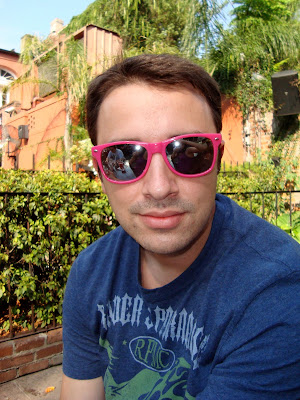 I had no idea how diverse the city of NOLA was! It really has so many unique sides to it. I was expecting to see what everyone does on TV, but it was so much more then that. Royal street had a lot of art shops and boutiques which is always fun to browse. This city is so rich with culture, and I really couldn't tell that this part of the city had even flooded! 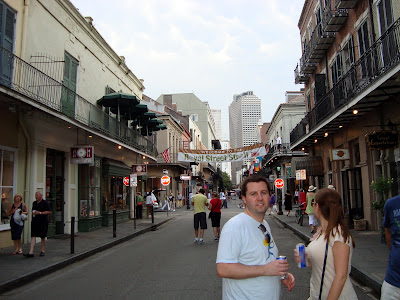 But it does get pretty crazy at night!! Apparently, Memorial Day weekend is one of the most popular besides Mardi Gras. It was hoppin'. We pretty much just walked around and people watched. I think this is one of the best places to do that in. :) 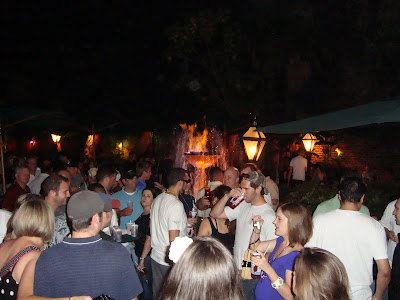 Ryan & I in front of one of the many art galleries. 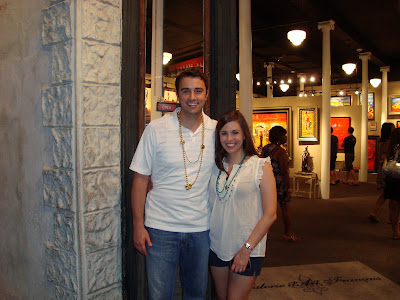 I didn't feel like we got that many pictures together so this was our last attempt to get one. It doesn't really work when your husband can't keep his eye's open during a flash. Ha! 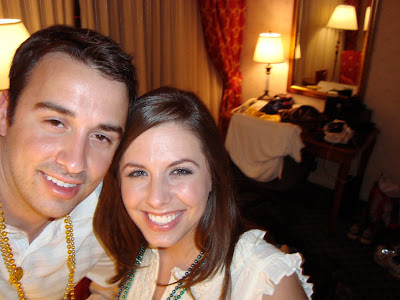