Friday night was Ryan & I's first baseball game of the season, the Astro's vs. San Diego. Even though the Stro's got pummeled, the atmosphere of the stadium made up for it. :) There's just something about the crisp clean grass, hot dogs and soda that make it such a fun summer event. I always look forward to going to a few games every year.
I was lucky enough to get four free tickets from work (could be b/c the Astro's stink?) and took Ryan, Brad & Mark. The girls couldn't make it. :( They were pretty decent seats and right in the range for foul balls to come whizzing by. 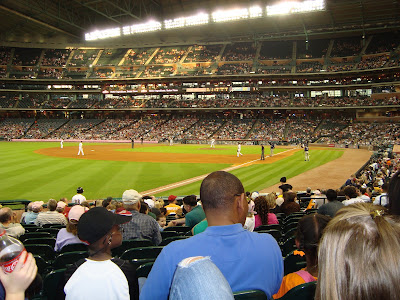 It was a pretty warm Friday so they had the Astrodome covering the stadium. One of my favorite parts of this stadium is the train that whistles and moves when we get a run. Unfortunately, that didn't happen this game. 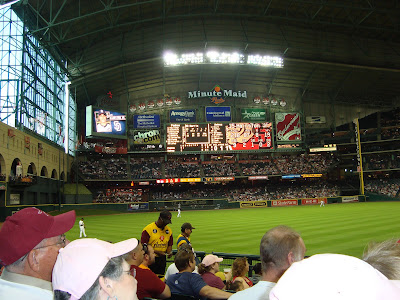 Ryan & I hunted for Stro's shirts but ended up empty handed. We are so picky! It was Pink in the Park Friday night, but I don't think you can tell from these pictures. 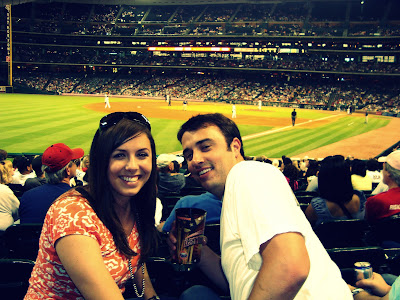 Wouldn't be a game without the food! 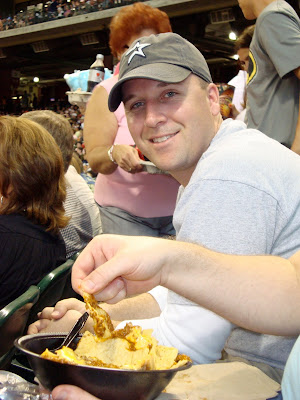 Another reason I like to go on Friday nights, is the fireworks show. It was really long and played to music. It felt like a full on show! 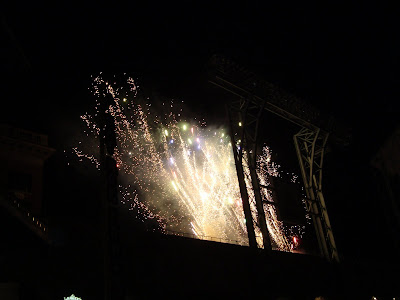 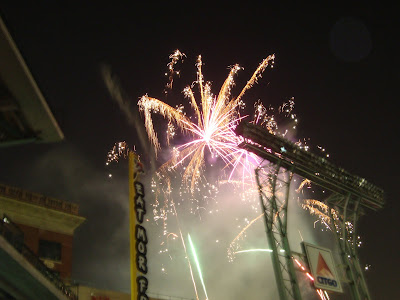 We were pretty close to them. Ryan thought his neck was going to snap by the end of it. 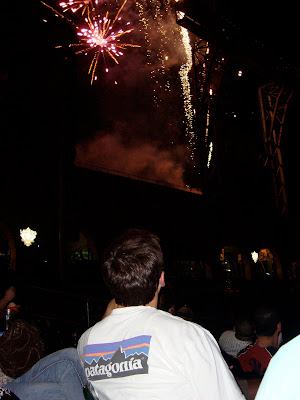 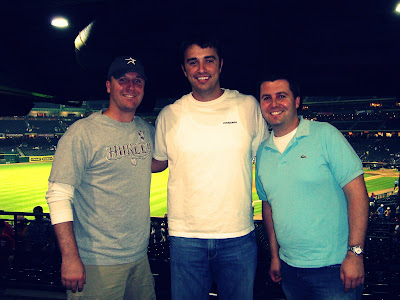 A lot of people from my work were there because of the free tickets. So that was fun to see everyone out of the office atmosphere.
My good friend Shannon & I 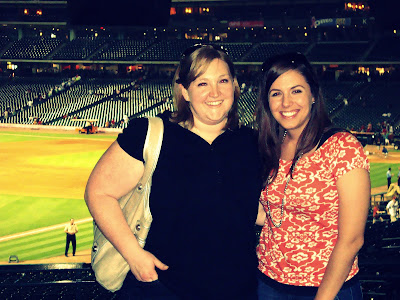 I definitely want to go back! I just hope they can win for me next time. :)