Could our trip get any more fun then it already has?? Why yes it can. :) Amazing, wonderful Brittney did a little research and found out that there was a train near us that could take us somewhere special. Can you guess from the picture below where it was going?? 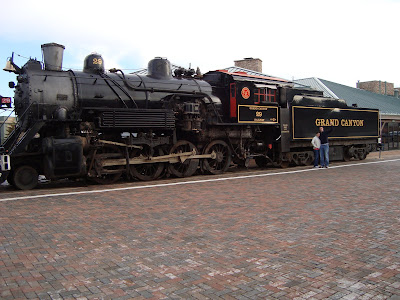 THE GRAND CANYON!!! None of us had ever been before and we couldn't pass up seeing it since it was so close. It was a neat experience to take a train ride right up to the Grand Canyon. We didn't take this actual train. It was just an old school one that was fun to take pictures in front of. Chels & I bundled up together in the early morning coolness. 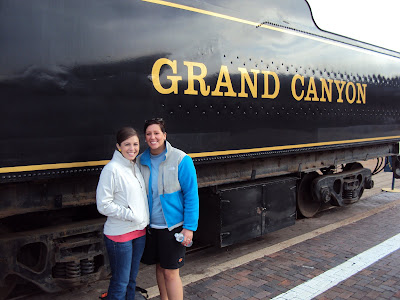 Before our train took off, there was a western skit that was put on. We all gathered around waiting for it to start when one of the characters shot off his gun. It was so stinkin' loud that I screamed! A little embarrassing. 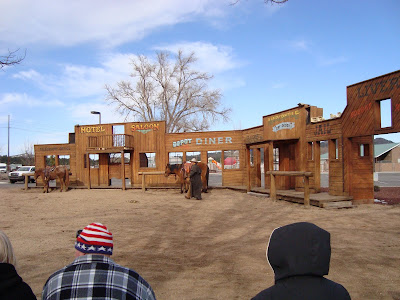 The guys in the play were hilarious! They were asking if anyone had a birthday or anniversary they were celebrating, and Ryan yelled out that our friends just got engaged. :) Well, they came by to offer them a little gift. Look closely in his hands... yes that is horse poop! Brittney about bolted back to the car. 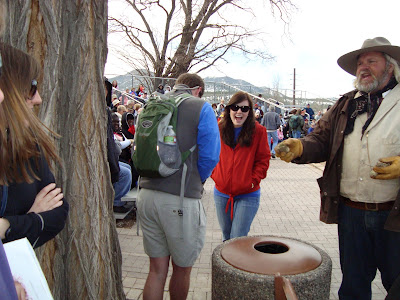 Well, that wasn't enough for them so they grabbed Mark and brought him out to the middle of the "stage" at gun point. 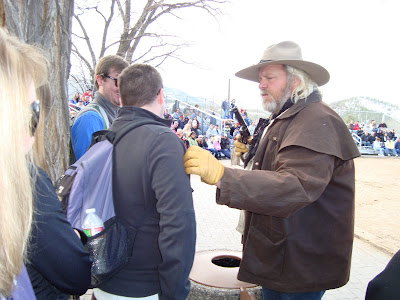 They were making fun of his "purse" and shorts he was wearing on a cold morning. You can see the people on the stands that were all bundled up, and do you see the SNOW behind them?! 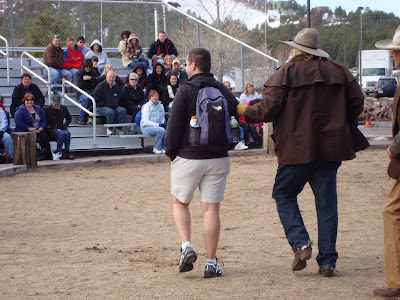 It was so funny to see Mark be apart of the skit and I could tell he really wanted to get back at Ryan for putting him through this. I don't blame him. :) It was pretty special because Mark was the only one they did this to. 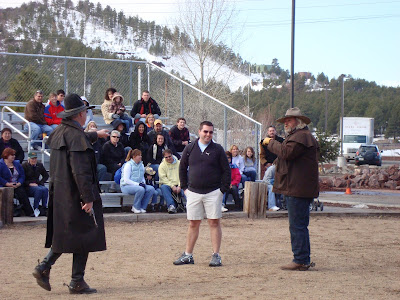 Mark caused that guy to get shot. 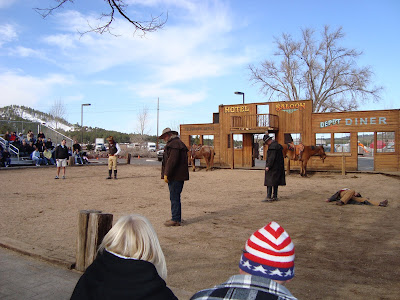 He was such a good sport about it and will be a really funny memory on this trip. How random was that?? 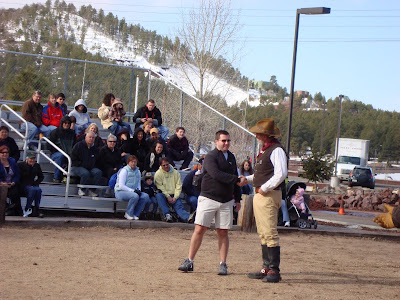 After the production we all loaded up onto our real train. I haven't been on one since Italy so I was really excited about it. 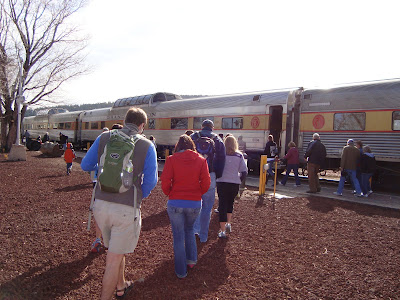 Ryan & I all nestled in for the long ride. It took 2 and a half hours to get to the Grand Canyon! The train was only going 40 miles per hour and sometimes only 20! It was worth the longer ride though. 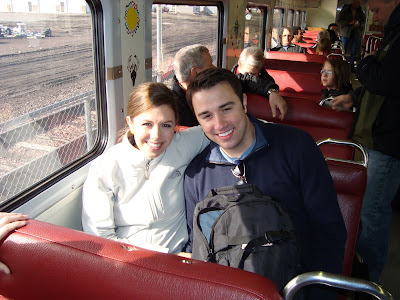 The characters in the skit were on the train with us and continued their play there. This guy found Mark and had some more fun with him. 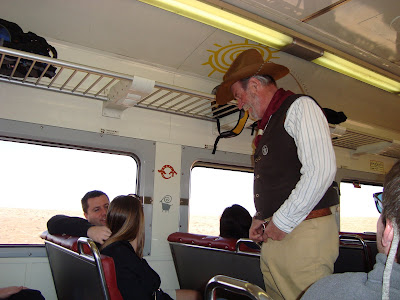 We even had two performers play for us! One on the way there and one on the way back. The first guy was hysterical! He was so full of himself and thought he was the end all be all. He even grabbed the newspaper off Heath's lap and signed it for him, too funny! I think Heath was pretty proud of his autograph. 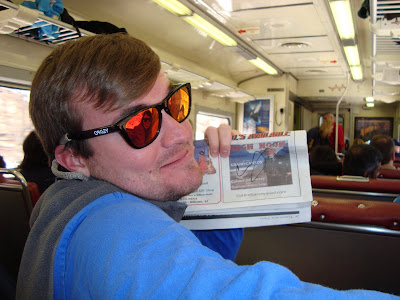 The whole gang. I didn't notice this until later, but I laughed out loud when I saw that a kid jumped in our picture too in the bottom right hand corner. 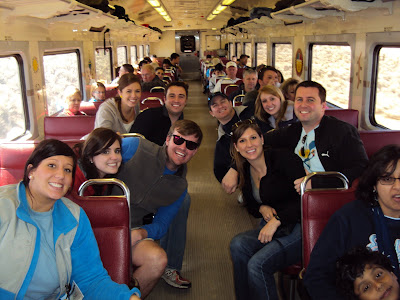 So many more pics to come. Get ready for some real dooseys from the GC!!