**Warning**Lots of pictures to follow**
I think I've set a record with attending 3 rodeo's in less then two weeks, and two of them only being two days apart.  It was well worth the late nights to spend time with friends and being entertained.  Plus, they were all free!
I've already blogged about one of them, the next one was the Tim McGraw concert/rodeo.  Our good friend's, Brad & Lindsey, had some extra tickets they offered us and we gladly accepted.  We were debating on seeing Tim or another one, and we ended up picking the other one (to come later) so we were thrilled at the chance to see him.
Brad & Ryan riding behind Lindsey & I on the tram from the parking lot to Reliant Stadium.  I ended up forgetting the tickets in the car and had to go back to get them.  Ryan came with me while the rest of our group went on inside.  We ended up making it to our seats right before the concert started so we missed the rodeo part.  Oh well, we still had a lot of fun. 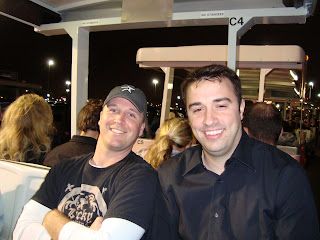 Tim looked mighty fine up on that stage. :) 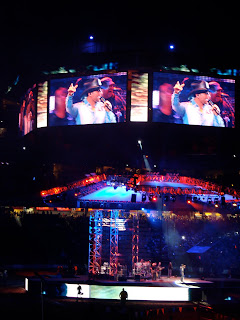 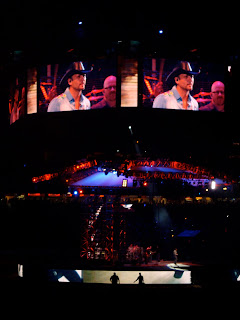 He even came down off the stage and went around the entire stadium shaking everybody's hands that he could!  What a great guy.  It took him a little over two full songs to do it. 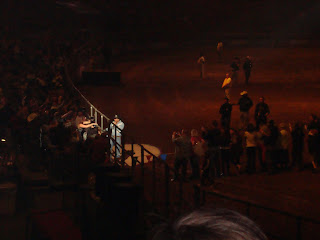 Linds & I after it was over. 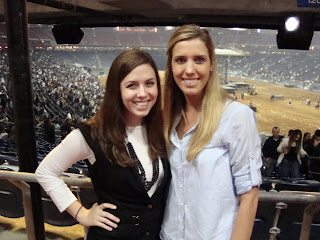 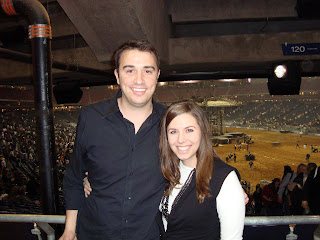 *************
Two days later, my good friend, Brittney, & I returned to the rodeo to see Rascal Flatts.  I've always wanted to see them in concert.  They were well worth the wait.  Brittney was so kind to accompany me to the Rodeo since Ryan was out of town.  I had gotten these tickets from being a captain for the Rodeo Run.  The seats were amazing and worth all the time I spent working on the run!! 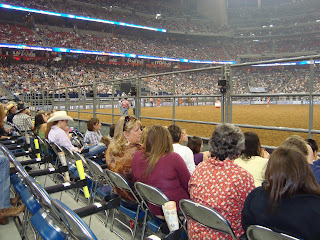 Just check out these seats!  We were five rows back from the front and in a private section that served free food & drinks.  Amazing!
You could just smell the manure like it was right next to you. :) 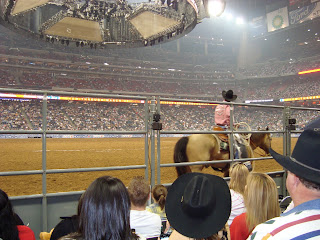 The food spread was pretty descent but unfortunately, we had just eaten.  I had no clue that my seats were in the free food section.  They even had desert and all kinds of ice cream treats. 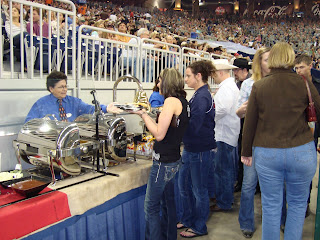 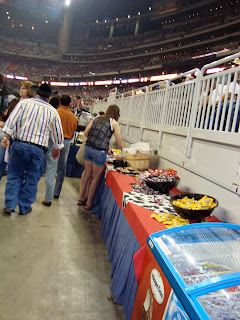 Here's Brittney with our loot. 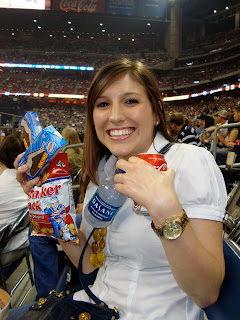 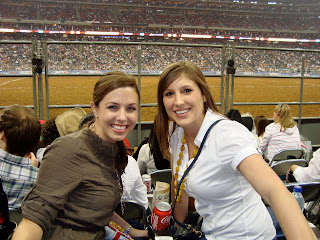 One of my favorite parts of the rodeo is when they bring out high school students and the steer.  There are less steer then there are the kids.  They are supposed to catch one and rope it.  Then bring drag it in and out of the inner circle.  I think if they do that they get to keep the cow and raise if for the year.  Next year, I believe the sell it back to the rodeo for money.  Anybody know?? 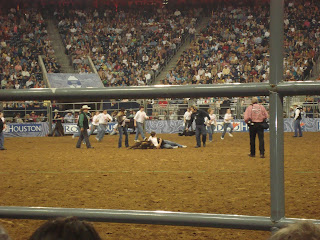 Setting up for the concert.  So close! 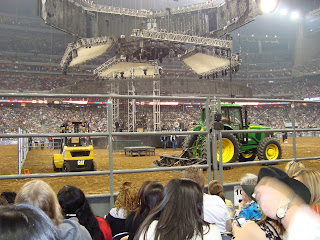 This particular night was Serve the Troops night.  They had a cool presentation of the flag with special ops. 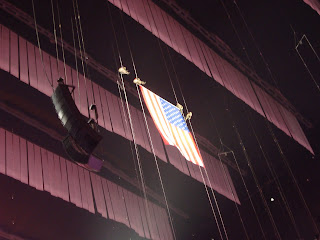 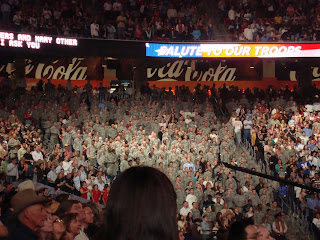 This night had a big fire works show before the concert.  The other two just had a few explosions after it ended.  It was kind of neat since I've never seen it done inside before. 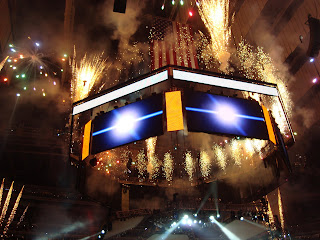 Here's Racal Flatts taking the stage.  I thought is microphone stand was sweet!  He would push it over and it would come right back up. 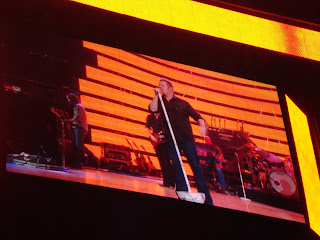 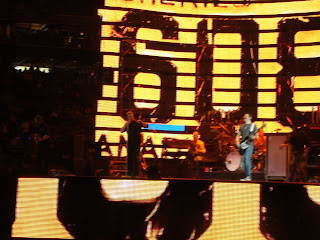 This was the only night where the band did an encore.  Now I really want to see Rascal Flatts in a full length concert.  They were so good.
Here they are getting into the Ford truck to leave. 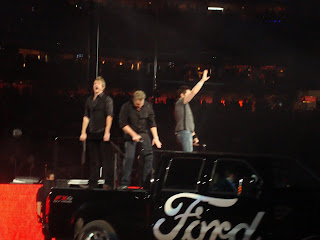 I definitely plan on attending more rodeos/concerts next year.