One of the biggest events of the year in Houston is the Livestock Show & Rodeo. Along with the rodeos are concerts every night. You can see the full listing here. Ryan & I were lucky enough to be invited by our good friends, Mark & Brittney, to the opening night of the rodeo and Alan Jackson concert.
Please notice the little boy (Cody) on the other side of Ryan. They became good friends that night. :) 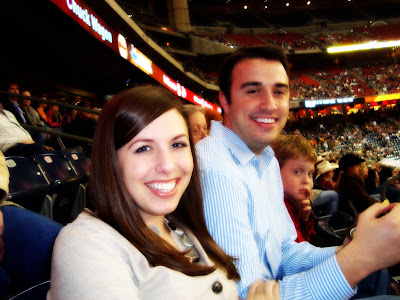 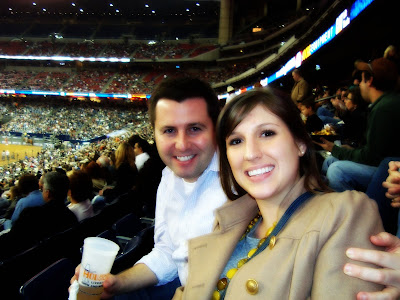 I haven't been to a rodeo in ages. I used to go to the ones Kansas City with my mom when I was little. They are so much fun! This was Ryan's first really big rodeo show. A little inside on Ryan, he used to raise bucket calves for the Kansas fair when he was younger. 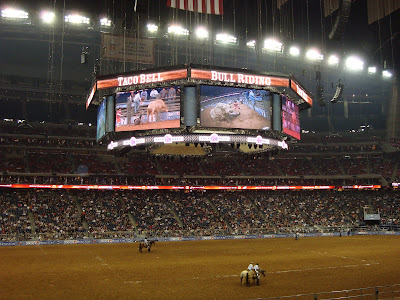 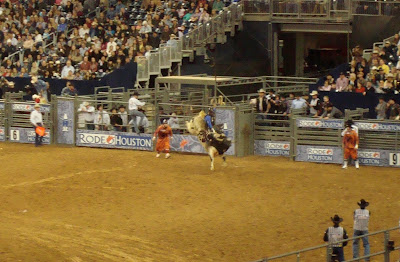 Later in the show, they had little 4 & 5 year olds ride sheep. Who ever could hang on the longest won a big belt buckle. Ha! These little kids were tough! Look at this kid biting it!! 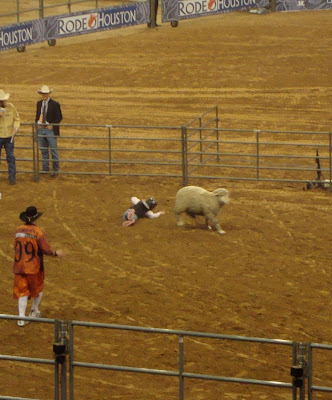 Alan Jackson closed the show with a great performance. I am not a huge country fan but was surprised with how many songs I knew of his! 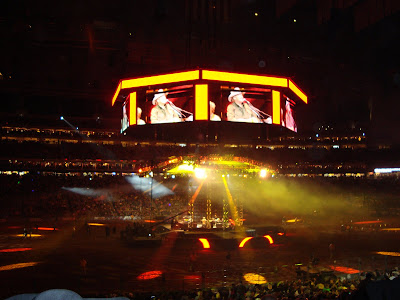 I loved the set. It spun 360 so that everybody could see him at some point and it displayed different colors. 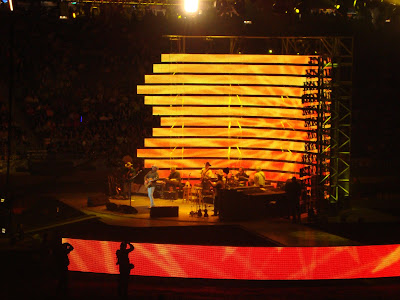 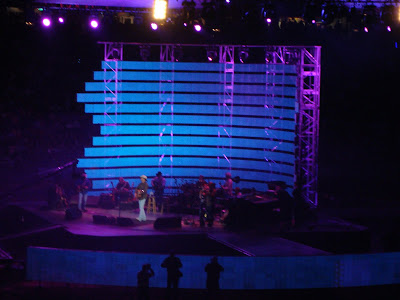 Ryan was cracking up at the sparse security spread out on the ground. He didn't think they could do much if we all decided to rush the stage. This guy was making us laugh because he was in the spot light the whole time, like he was part of the show. 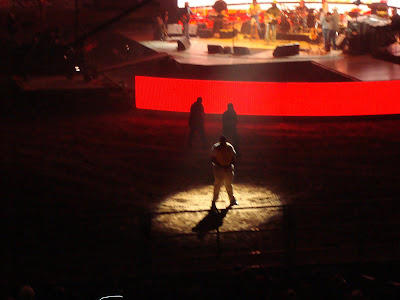 Thank you so much Mark & Brittney for inviting us to such a fun show!! You guys are the best. 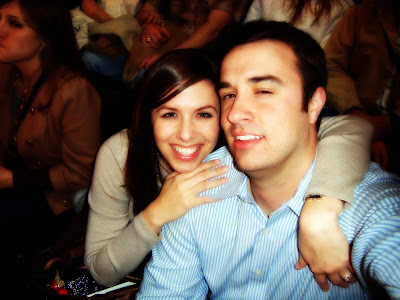 (Ryan has a hard time keeping his eyes open when the camera flashes. :) )