Today has been a culmination of a lot of work and planning. The company I work for has put on the Rodeo Run for 23 years now. It is a 10K & 5k run followed by a parade throughout the downtown of Houston. This has been their biggest year ever at 12,500+ runners. I have actually never been until this year and some how I ended up being one of the captains of the volunteers. As you can imagine it takes many volunteers to put on such a large event, some 1,400!
This year I was asked to organize the Hoopla Teams. They are groups of people stationed through out both running courses to cheer on the runners. The groups have themes, noise makers and music. There is even a competition between them for a grand prize and trophies. This year there were over 23 teams, 350+ people, that participated.
It has been a long planning process since November. So I was definitely ready for race day to get here. :) My good friend, Shannon, did it last year and graciously offered to help me out. She took on a new challenge this year but was still there to ask a lot of questions to. I don't know what I would have done without her. 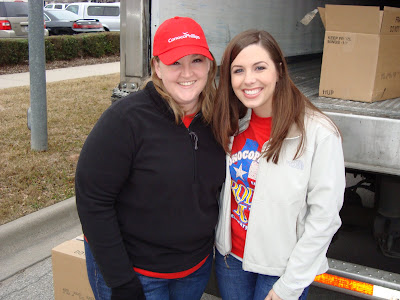 I arrived early to check teams in, giving out banners, last minute t-shirts and breakfast food. Once that was complete, I headed to my work group's Hoopla Team to check out their set up. It was so fun to see Lubricant's representing! They had 7 huge blow ups along the side of the road. 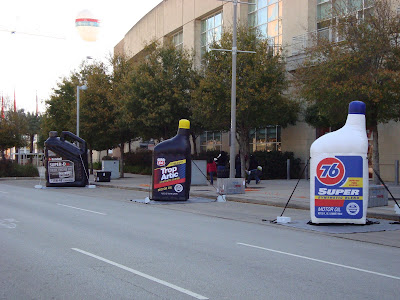 Some girls from my group in front of one a blow up. This is one of our brand new products we just launched.
Shannon, Me, Tammy and Rachael 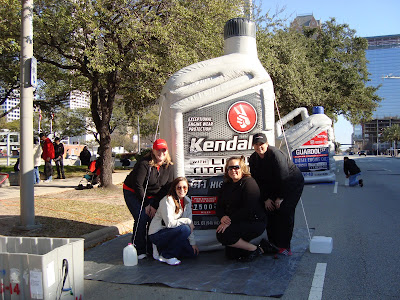 Afterward, I hustled back to the finish line so I could see my husband and friends run. Lindsey was the first to finish, but she was so dang fast I couldn't take a picture quick enough! So I just got the back of her. :) 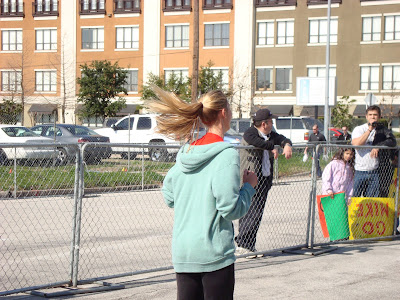 I thought these ladies were cute. 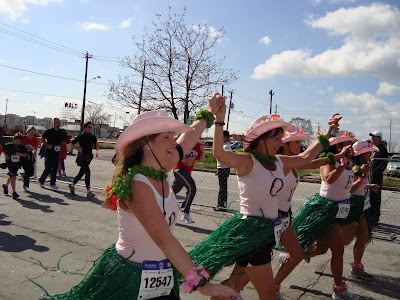 You can see my husband, Ryan, and his friend Mark here. Ryan heard me yelling for him at this point through my bull horn. Ha! 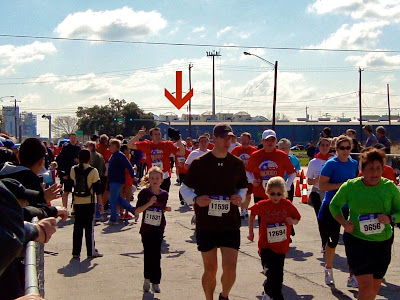 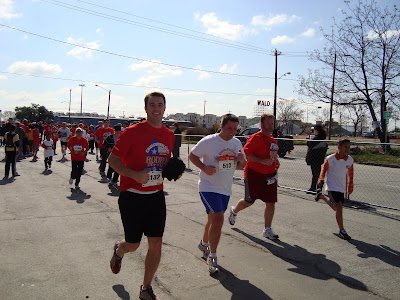 I really wanted to run this year but wasn't able to with the responsibilities I had. I'm hoping to next year! 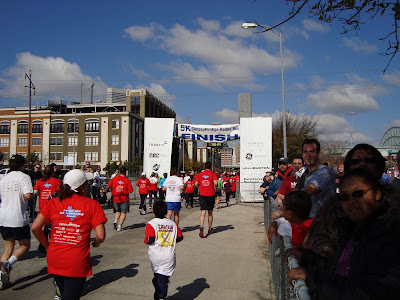 I had to show this picture of this CUTE little girl. She helped me out with the bull horn. I was starting to lose my voice. 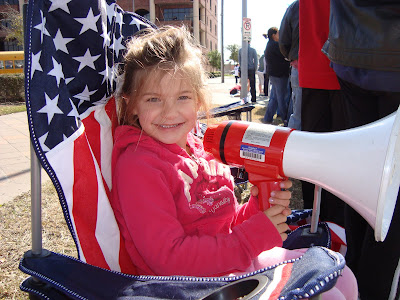 Quick picture with Linds after she finished. She is a rock star! 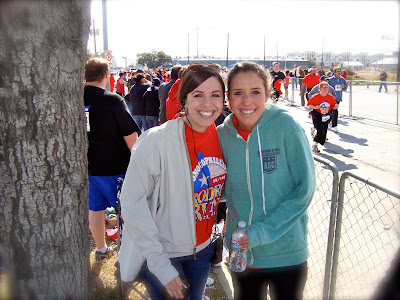 We ran into a coworker, Austin, who finished the 10k with some ridiculous time. 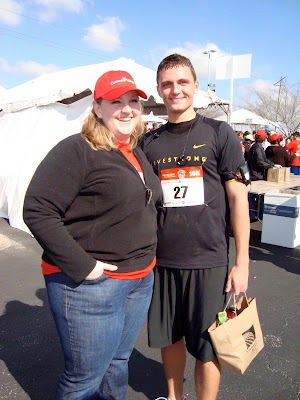 Ryan, Mark and I were all trying to head over to the 10k finish line to cheer on our friend Brittney. There was quite the crowd as you can imagine with 12,500+ runners! 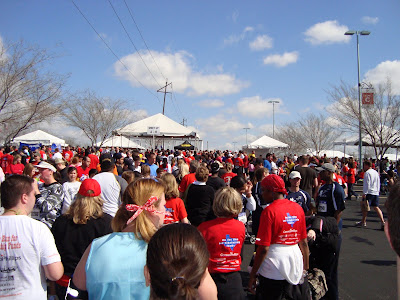 We got to see her finish but I couldn't get my camera out in time. Boo! We couldn't find her after the race because of the crowds. We did some how run into our friends, Larry & Rachel. They are so stinkin' cute! 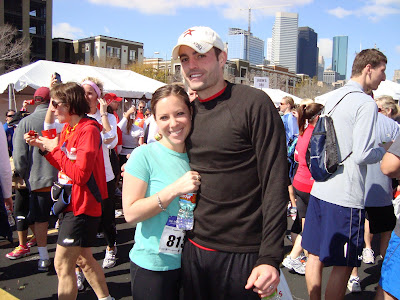 I had to get Ryan in line a few times that day. :) 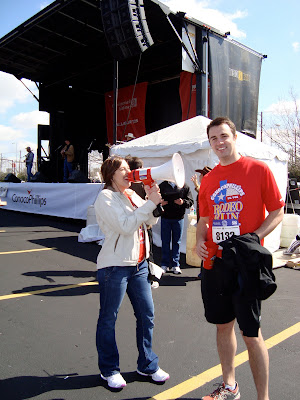 Ryan & I by the stage where we announced the Hoopla Team winners. 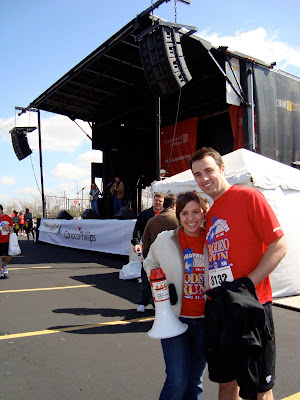 Ryan took this picture of downtown on our way home. (We were stuck in traffic.) Isn't it gorgeous? You can see Minute Maid park to the left. The event was held in their parking lot.

This has inspired me to sign up for a half marathon this year. Anyone of have suggestions as to which one I should sign up for? It could be anywhere in the states. I think it would be fun to run one in a neat city.