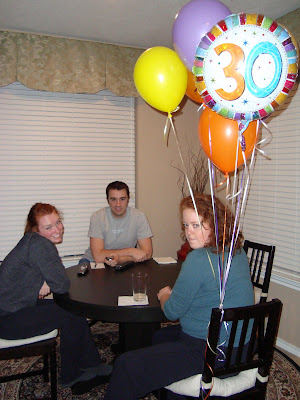 I made sure to have a little presentation ready when Emily woke up on her big day. I mean she is starting a whole new decade! Why not celebrate it to the fullest? 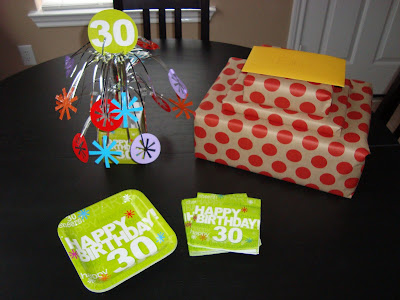 This occasion was big enough for me to bust out the Pioneer Woman's famous cinnamon rolls. I have never attempted to make cinnamon rolls from scratch before so I had no idea what to expect. Lets just say that the ingredients exploded all over my kitchen! 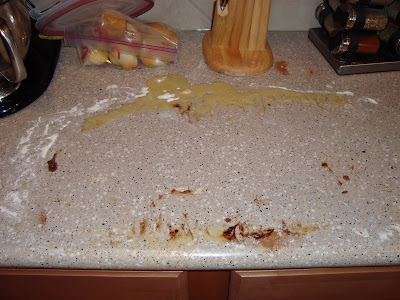 Underneath those towels on the left is a puddle of melted butter that poured off the counter and on the right side is a large amount of ground cinnamon that may have been knocked off the counter. I love towels. They cover up everything! 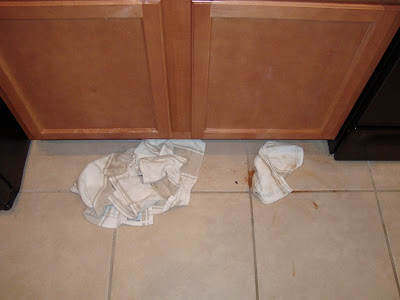 I'm going to be real with you guys and let you know that I ended up throwing away more then half the dough. It was everywhere! It kept oozing over the sides of my bowl and on to the counter. Those of you who have made these before, help a girl out. Did I some how make too much?? The dough was really soft and didn't form into a roll very well. I crammed the cinnamon rolls into this pan right before reading that you aren't supposed to crowd them. Please give me tips! Here's the link to PW's rolls and what they are supposed to look like. They ended up tasting really good even after all that mess. 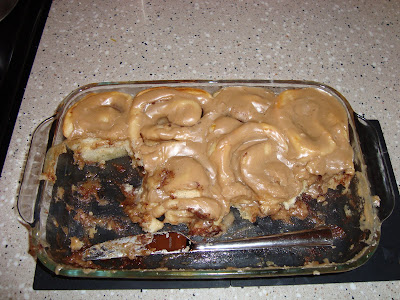 Emily loved them so much that she pulled a "Mary"! (Mom, you know what I'm talking about.) She jumped up for joy and broke the chair. Just kidding. Ryan never fastened the seats down on our kitchen chairs. So if the chair is knocked over the seat falls off. Got to love IKEA. 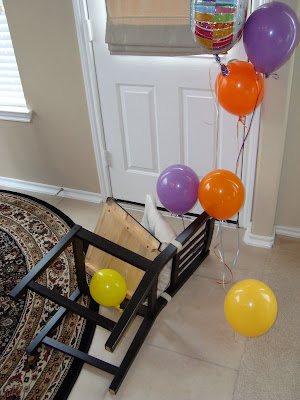 After eating our delightful breakfast and taking hours to clean up the kitchen, we got ready for the main event of the day. Ryan's parents bought the four of us tickets to see Wonderland the musical. The lead dancer in the production is one of Emily's good friends and grew up going to dance lessons with her. So when Emily heard that the musical was going to be in Houston over her birthday, it was perfect! 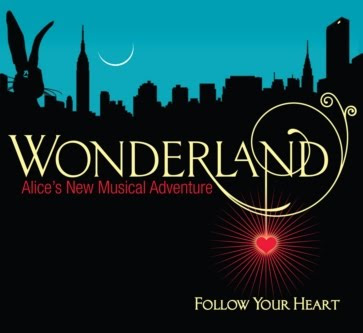 It was a wonderful production of when Alice grows up and has a child of her own. They both go back to Wonderland. I know this show will make it to Broadway and when it does, you all have to go see it! 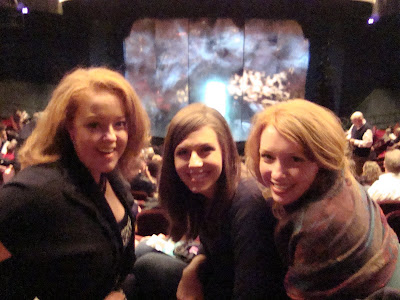 After the show, we met up with Emily's friend, Colleen, and she took us back stage! We got to meet most of the cast and see where they got ready. It was such a neat experience to see behind the scenes. Then we decided to grab some dinner and catch up on Colleen's very busy life. That girl is going to go really far!
Sally, Colleen, Emily, Me & Ryan 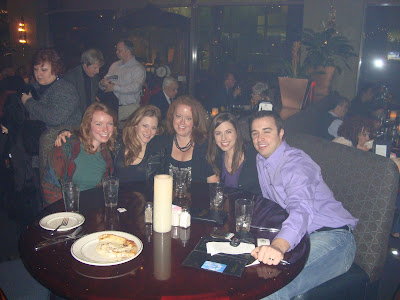 After dinner we had to rush back to watch the K-State vs KU basketball game. Since we missed the first part we had to catch up on the DVR. Ryan didn't want to miss a minute of it. Sadly, the Cats weren't able to pull off the win but it was such a good game. I about lost my voice when it went into over time. It's so hard to watch my alma mater lose. :( I felt like those sad balloons. 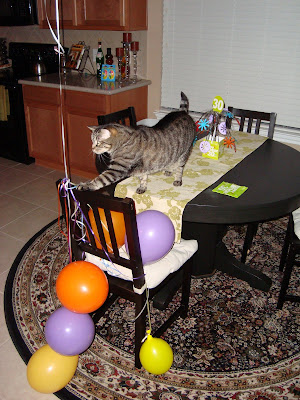 It was time to break out the birthday cake to cheer everyone back up. I tried out Memorial Bakery for the first time, and they totally got my order wrong. Ha! It was supposed to be white butter cream frosting but instead they gave me chocolate butter cream frosting. Oh well, it's still cake. We went with Emily's USC college colors. 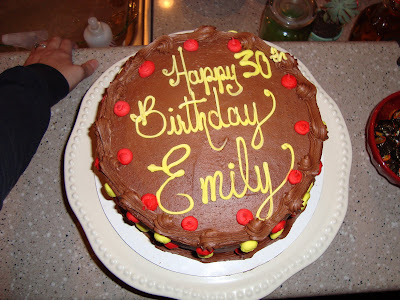 I think the psychedelic candles really added something special to this cake. :) 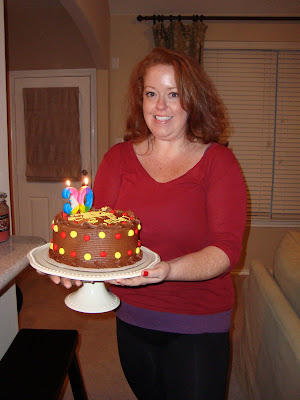 Happy Birthday Emily to the best older sister-in-law ever! It's your golden year, and I can't wait to see where it takes you. 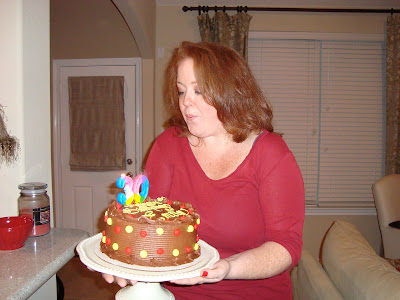 Emily is about to embark on some pretty incredible adventures, and I'm sure I will be blogging all about them on here. Love you sis!