Thursday was our second day in Kansas City, and we were exhausted from our previous day. So we slept in late and woke up in time for the Imo's Pizza buffet. This is Ryan's, hands down, favorite pizza. I'm a little partial myself because I worked there briefly in high school but in a different location. The unique pizza originated in St. Louis, MO and we LOVE their house salad dressing. We ended up buying two bottles of it to bring home.
Ryan doesn't mess around when he eats at Imo's. 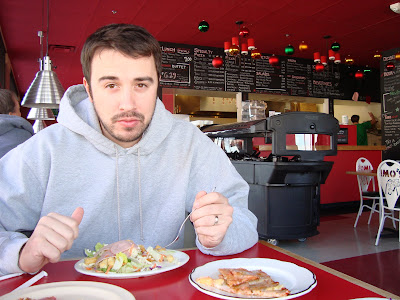 The rest of the day was filled with running errands and a little bit of shopping. When we got back to my mom's house I finally saw my mom for the first time since I've been home. Then we got ready for our night out and of course snapped a picture before we left. 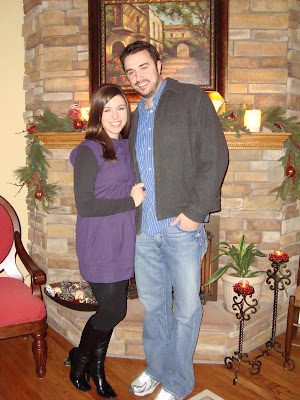 We met up with a group of friends at Figlio's Italian Restaurant down on the plaza. Randomly, Ryan's little sister, Sally, happened to be there with her group of friends.
Christen, Michelle, and I were all sorority sisters in college. I also went to high school with Christen but she was a year older. Michelle was one of my bridesmaids too. Here's a pic of us with our hubby's.
Back: Christen, Michelle, Me Front: Gabe, David, & Ryan 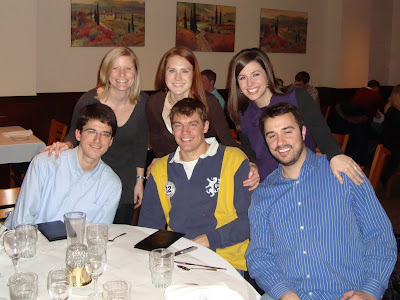 Michelle & David were high school sweet hearts, dated all through college and got married. David is getting his masters in Architecture and Michelle will be starting nursing school in August. She is going to make one heck of a RN! This is them back at Gabe and Christen's house. 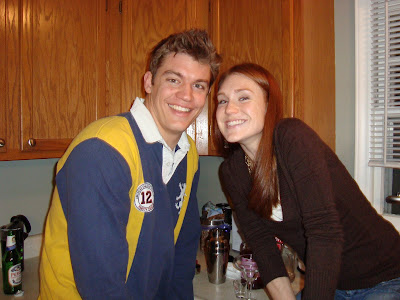 The boys all played the Wii while the girls chatted and got caught up in the kitchen. Christen will also be joining Michelle in the nursing program in August. I wish I could be joining them too! 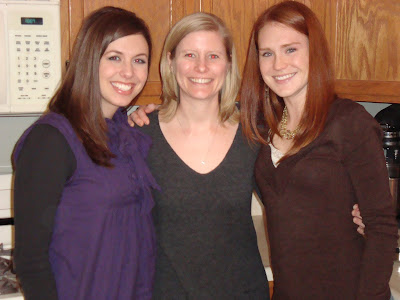 Christen & Gabe had to attend another party so the rest of us went over to Michelle & David's house. David's twin sister and her fiance were there, and we all played a fun game of Catch Phrase. I really goes with out saying but I'll say it anyway. The girls creamed the boys!! 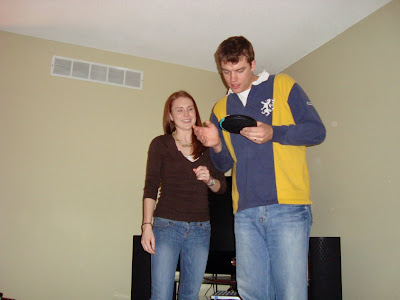 Eventually, we had to go because Brad & Lindsey wanted us to come over. They were having a little get together at Lindsey's parents home. I think we made it over there by 11:30, right in time to ring in the new year.
Lindsey & Brad 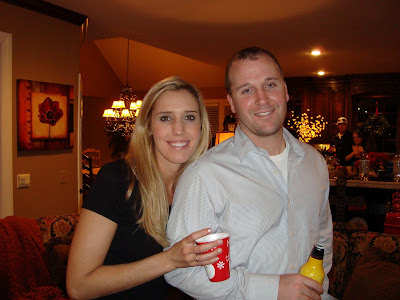 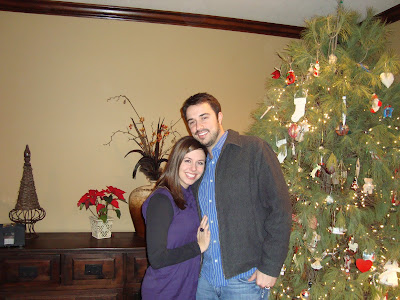 Everyone counting down to the new year! 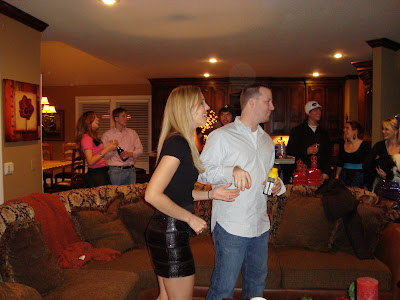 Lindsey's little sister, Kelsey, and her long time boyfriend, Austin. Such a cute couple, even though they go to KU. boo. 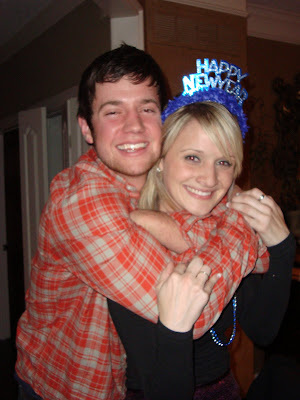 Shortly after the new year, we had to break out the Canasta cards. It wouldn't be a celebration without a game or two!
Lindsey in her K-State snuggie. I really need to get one of those! 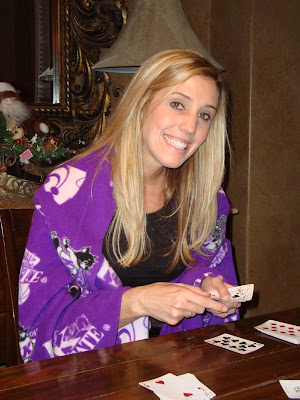 We ended up playing until about 2:30 in the morning. We are so hardcore. I can't remember the last time I stayed up that late. Needless to say, we slept in again the next day.