Picking up where I left off, after we opened up presents we got ready for the day. First on the agenda was to stop by our favorite bakery for some breakfast. This is us in our suite getting ready and Emily looking like a rock star. 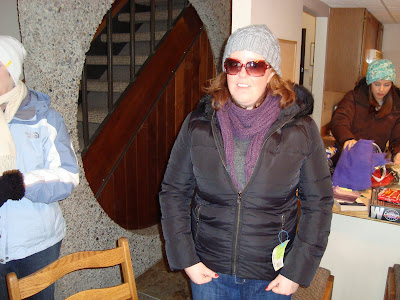 The view of the kitchen. The suite was a little tight but there were two bedrooms and bathrooms upstairs that were a good size. 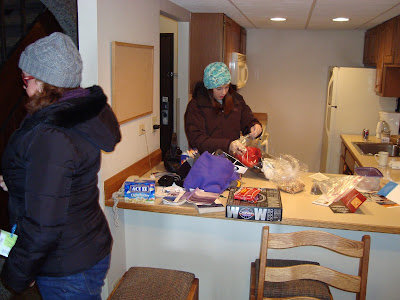 Here we are at the bakery (it also serves hot meals), it had a lot of character and was super packed on Christmas day. I think it was the only place open. 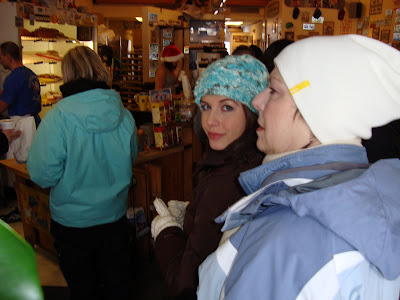 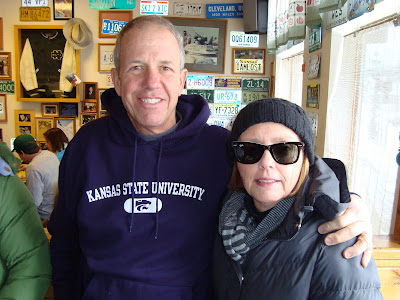 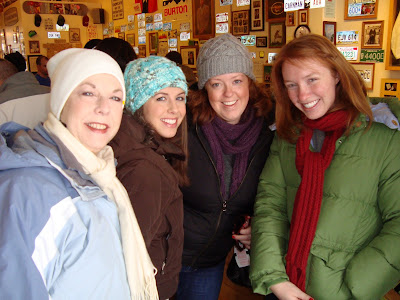 After breakfast the boys and I ventured out onto the slopes. It was by far the coldest day we were there! 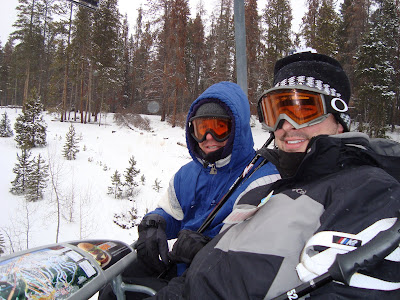 I bundled up for the occasion. Even though it was poor visibility and freezing it was the longest time we were on the slopes. What was great about it was very few people to compete with. 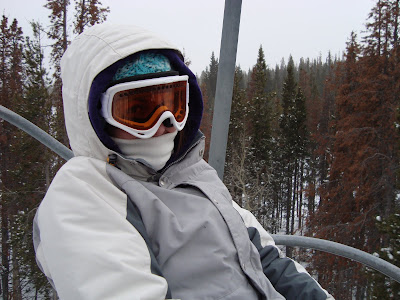 Doesn't that look chilling?? It was the worst at the top of the mountains. The wind blew so hard it stung my face. After about 5 runs we called it a day. 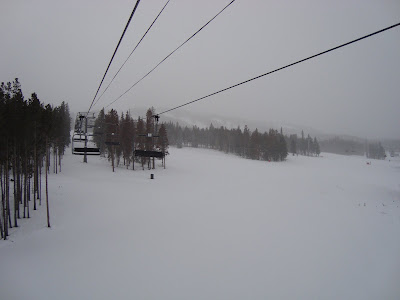 We came back and got cleaned up for our Christmas dinner. Where else, but a Mexican restaurant! Our fav. :) 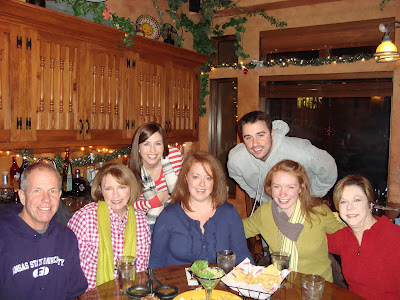 This was priceless. Ryan tried his first fried plantain and this was his reaction. 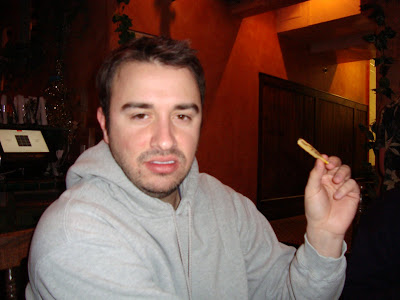 The next day was the family ski day. It was still pretty cold out so Susan stayed behind. She did join us for family pictures on the slopes later on. When I get those pictures back from the photographer I'll post them. 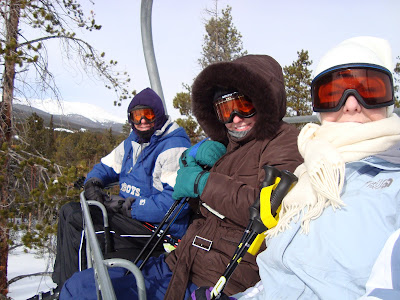 Can you tell it was sunnier out? It ended up being a gorgeous day. 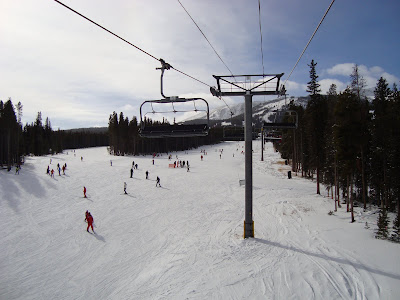 Sally & Emily on the lifts. 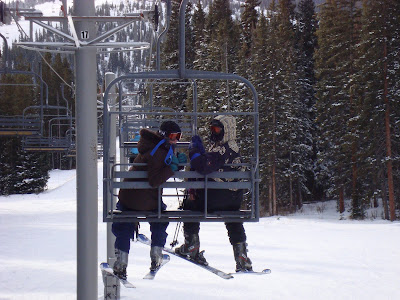 My mom is in front and Ryan in the back. This was my mom's first time skiing in 10 years! She was a natural. I have to admit I was a little worried that she might get hurt, but she did great. 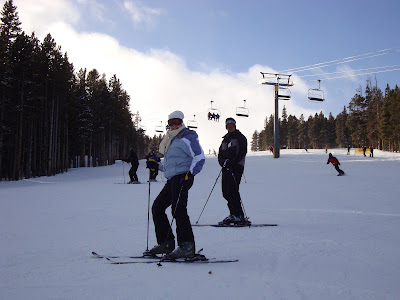 Mom & I at the bottom of the mountain. I finally got to use my snowboard my mom bought me almost 6 years ago!! I had a blast flying down the mountain on it. 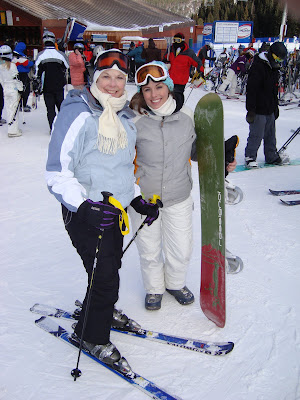 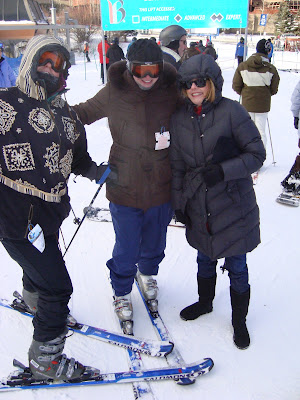 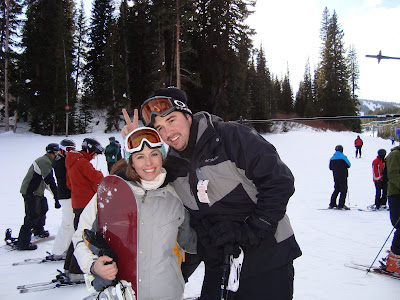 It was one amazing trip that I have been waiting all year for. I will definitely be going back more often then every 6 years. I used to go every year back in the day. Hopefully it will become a tradition to go every other year now. Though, probably closer to spring time. It was freezing! :)