This past Thursday Ryan & I went to Bingo night again and brought some friends with us that had never been before. I don't think I've laughed that hard in a really long time. It was such a fun night. You should definitely check to see if there is a facility near you that hosts Bingo nights!

This was Mark & Brittney's first time playing with us and even though Mark had a dobber mishap, they had a blast. (His dobber rolled off the table and dobbed his pants. It came out though.) :) 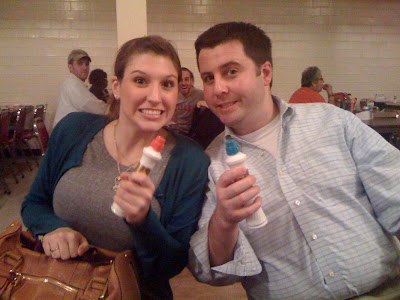 Katie was the champ of the night. This was her first time as well, and she must of had beginners luck because she won $100! I think she deserved it though because she had a few mishaps that night too. She got there before we did and had to wait on us for like 20 minutes, and she was trying to save seats for us and got yelled at twice for doing so. Katie also thought the game had already begun and started dobbing her card too early (there's an early bird game). She had to buy another dobber to go over what she had already marked. You really need to have her reenact it for you in person. Hysterical! Quotes of the night: "There was an accident", "B2!", "I30". (Mark just turned 30 and whenever I30 was called we laughed because it sounded like Mark was saying, "I'm 30".) 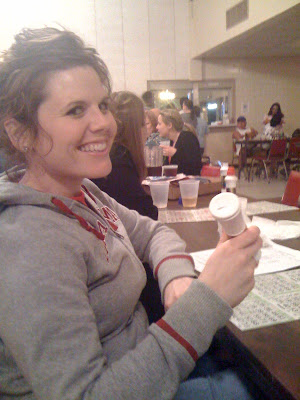 Ryan & I still haven't won yet but I did get to dob his tongue. 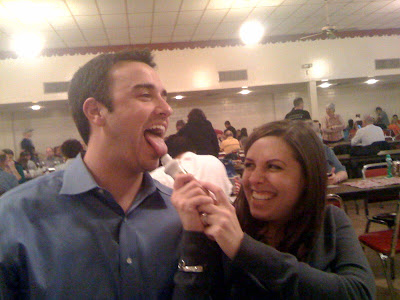 It was a good night because I got to take a picture with my favorite lady that works there. She's so sweet! 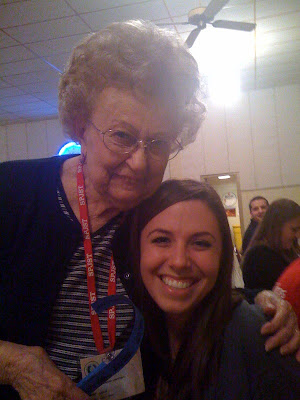 In other news, Saturday was the 5 mile Heart Walk event called Start! It was at the downtown Sam Houston's Park. The people showed up in droves. I've never been to such a big event before. It was so fun to see all the ConocoPhillip's employees in their red t-shirts all walking together. People were able to bring their dogs too so that was fun to see all the cute doggies out there.
Brittney & Mark 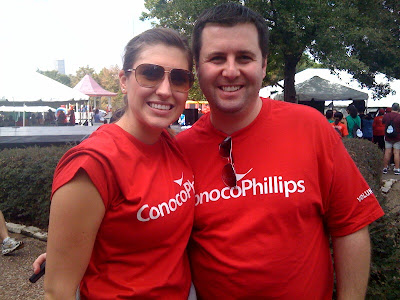 This event raised over $1.4 million for heart research. I love being apart of amazing outreaches like this. 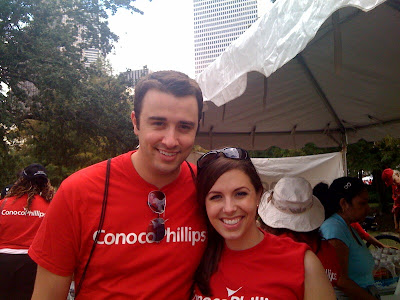 We had such a blast this weekend, but we were so exhausted that we crashed on Sunday. Ha! I think we are still recovering this morning. More fun weekend info to come this week.