This past Friday, the marketing group for ConocoPhillips had a bowling tournament to raise money for the United Way. The best part was that it was during work hours and we got to dress up! There were over a dozen teams that all had a different theme. My group was called Lubricant Ladies because we were all girls from the (what else) the Lubricants group. We had a lot of fun primping and playing dress up as you can tell below.
Here we were about ready to leave and if you look closely you can see my coworker, Darnell, sneaking into the picture. Ha!
Me, (Darnell), Rachel & Kelly 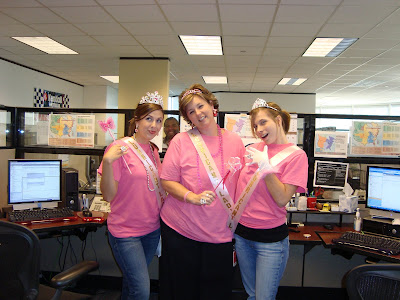 Here was our whole team at the bowling alley. I thought we were the best looking, but I am a little biased.
Sunny, Rachel, Bea, Kelly & myself 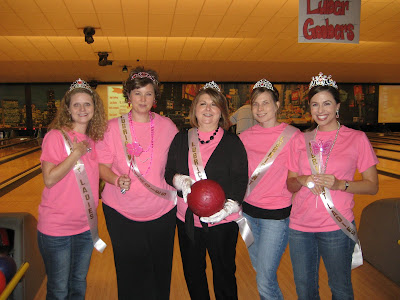 This was another Lubricants team that totally represented at the tourny. Recently, Lubricants merged with Marketing so it was a great chance to mingle with other people in Marketing. My husband is in the marketing group as well so I was pretty excited. :) 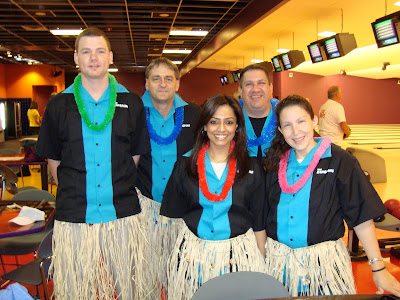 They crack me up. 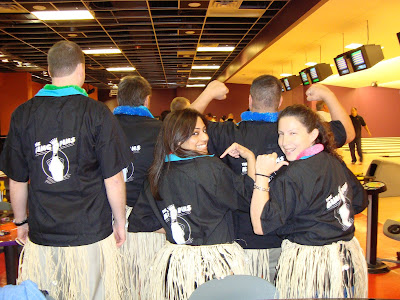 My good friend, Shannon, was looking fabulous. I loved her outfit! Can you see her pocket protector? 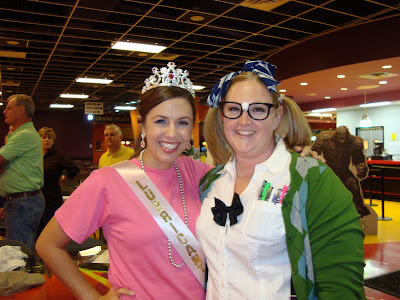 This was Shannon's team called Luber Goober's. They ended up wining for best costume. I think they deserved it. 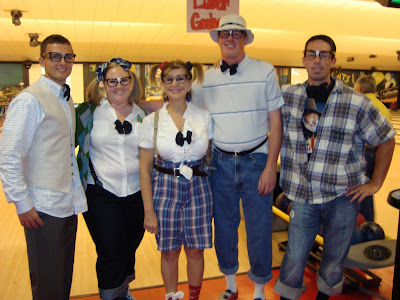 This was Ryan's team. Can you guess what they were supposed to be?? I don't think you can... 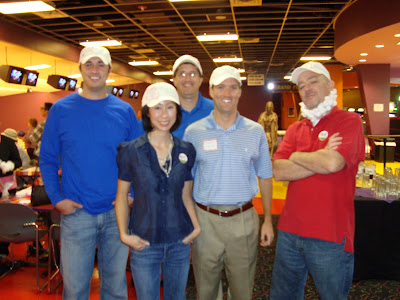 Do you believe they were supposed to be Smurfs??? I don't see it. ;)
A quick pic with the hubs. It's always a treat to see him at work functions. 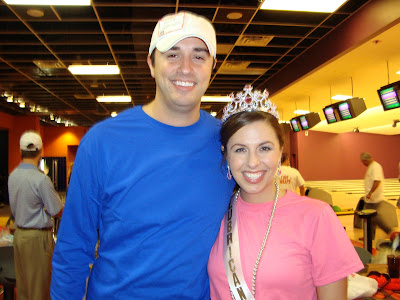 Probably the most exciting thing that happened was that I won the raffle! This never happens to me. The prize was two football tickets to the Texans vs the 49ers game plus a free parking pass. The seats are amazing. Ryan made a little scene when they called my name. :)