The Ebright Family is Famous 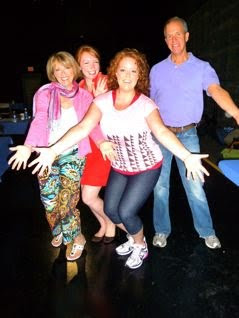 This past week Ryan's mom, dad and sisters were all out in Los Angeles, CA for something really special... 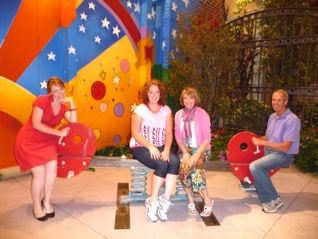 This is Sally, Emily, Susan & Harlan getting ready for their debut... Can you guess what it was for?? 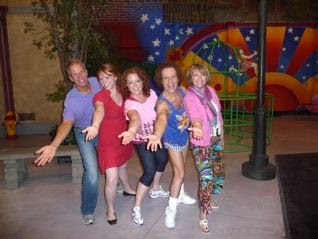 The story behind this is, Emily used to live in LA for about 10 years and last year moved home for awhile. Well, she was back in LA over the summer visiting friends and decided to attend one of Richard Simmon's workout classes. Emily has done this before but this time Richard approached her and asked her to tryout to be in his upcoming video! Of course she did and made it. We've all been really excited for her and she has been working really hard to get the steps down. If you've seen Richard's video's then you know that it is not easy. When it was getting closer to filming the video Richard asked if anyone in her family wanted to do it too. They really needed some men so Emily had to twist her dad's arm to come out to LA to do the shoot. ;) Sally & Susan of course were excited to be involved.

These are some shots of the set they were on. I am going to run out and buy a bunch of copies as soon as it's out. I can't wait to see it! 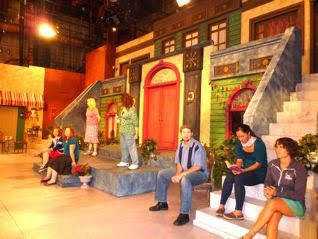 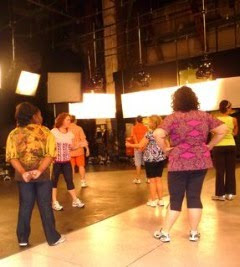 Emily was of course the star of the show. She was upfront as one of the main people in the video. I am so excited for them! What a memory this will be. 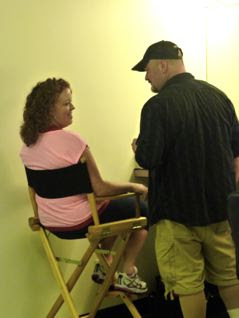 I HAD to include this picture too. I know you took that picture for me guys, right?? I'm so jealous! 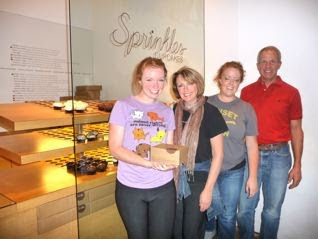 You will have to remind me to tell you about the Ebright's other brush with fame. I was there for that one. I'm too tired to post it tonight but I will soon. I still need to get pictures up of Ryan's new bike.