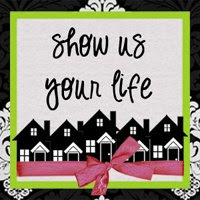 It's that time again at Kelly's Korner to show you all a part of my life that I cherish. This week I get to show you a little bit of our reception and honeymoon. I'm so excited! First, I want to apologize for how grainy these pictures are. They are scanned copies but I tried to edit them to look a little better so bare with me.

As you can see this is Ryan & I cutting our cake. I remember being so nervous. Everybody had their eyes on us. Ha! 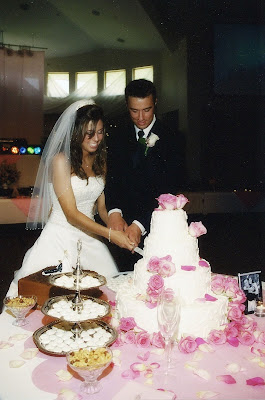 I LOVED my cake. It is hands down the best tasting cake I've ever had. (I may be a little bias.) Unfortunately, the bottom of each layer was supposed to have a platinum ribbon lining it to match the bridesmaid dresses but it got left off. :( Oh well, not that big of a deal. It was still pretty. 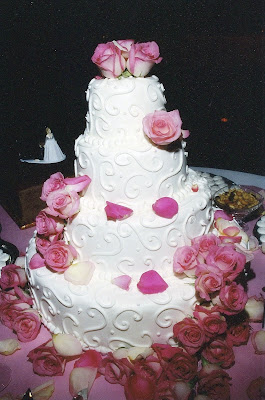 Some of my beautiful bridesmaids singing along to the music. Lindsey is the one with the microphone which is really funny because she may be a little tone deaf. Don't kill me Linds! You know it's true! Remember bid day!! We do like to bust out singing driving around in Houston. 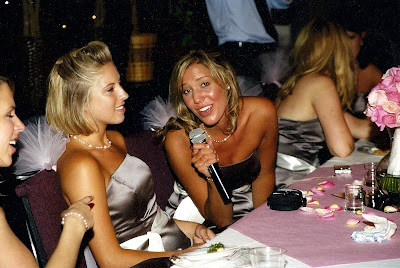 Pictured with us is Graham (groomsmen) & Carly (program attendant) who caught the bouquet and garter. Carly is now married and pregnant but Graham is still available ladies! 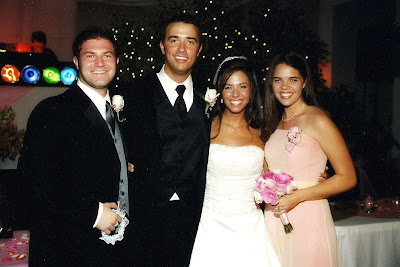 We ended the reception with lots of dancing. Ryan's dancing with my mom and I am dancing with Ryan's dad. So much fun and wonderful memories. I still can't believe that was over 3 years ago! It's just not possible. 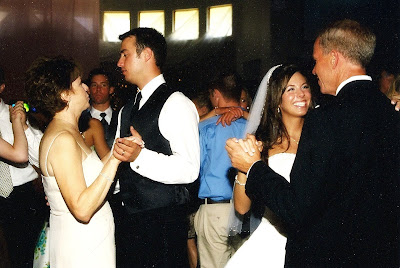 Now, moving on the our amazing honeymoon. Ryan planed the whole thing and kept it a secret from me until the day we left in the airport! We flew into Cancun, Mexico and drove to the Mayan Riviera area where our all inclusive resort was. It was right outside of Playa Del Carmen. The resort was called Secrets Excellence but now I think it called just Secrets. I highly recommend it! This is us on the plane ride. Can you tell we were newly married? :) 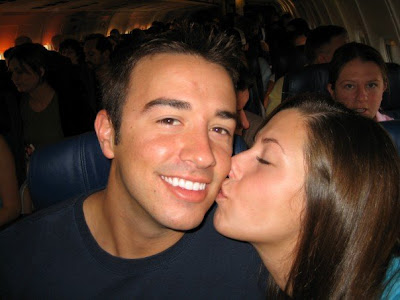 Our first meal in the resort. They had 7 different restaurants to pick from. The food was amazing. They gave us those hats for the picture. 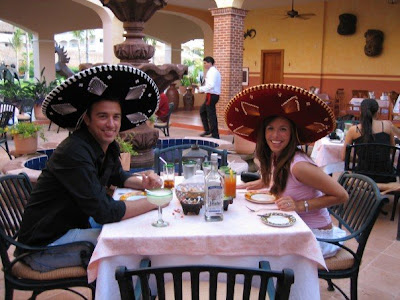 We had an incredible room with a jacuzzi in the center. Our room was the very top center one. This was our view from the balcony. They had three different pools and this was the one that you could float around. 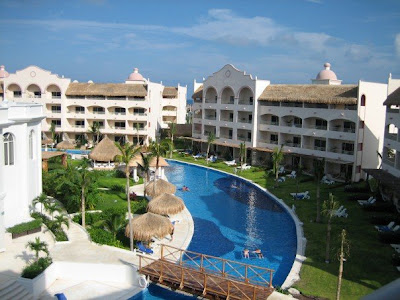 This resort is also know for it's ridiculous spa. I've never seen anything like before. Needless to say, Ryan & I enjoyed some time there. 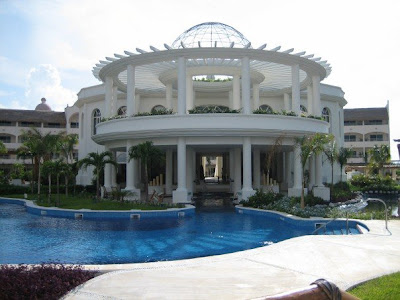 We also went on a few excursions. Here were are on ATV's. 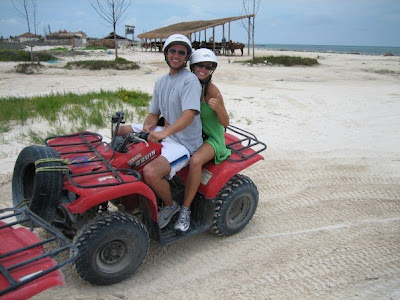 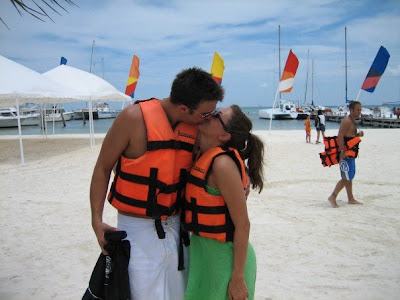 This was when we went speed boating. I drove this time and Ryan thought I was trying to kill him. You can tell by our hair that we were pretty wind blown! Ha! 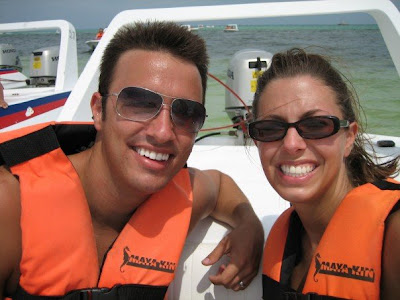 I think this was when we went snorkeling. Again, Ryan thought I was trying to kill him because I was afraid of the fish. So then I would hang on him to try and get away from them. This in turn forced him further underwater. Ooops! In my defense, I was scared of the shallow water because I couldn't get away, but Ryan was scared of the deep open water which I enjoyed. 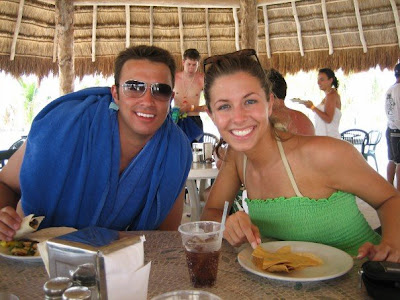 These were some friends we met there. We had a lot in common like getting married on the same day and both on our honeymoon. Plus, the men were both named Ryan, Julie & I wore the same dress to our rehearsals, had the same camera and video camera! We went on some excursions with them and had dinner several times. It so much fun to have someone to do things with. They live in Florida and we still keep in contact with them. We remind each other when our anniversaries are coming up. :) 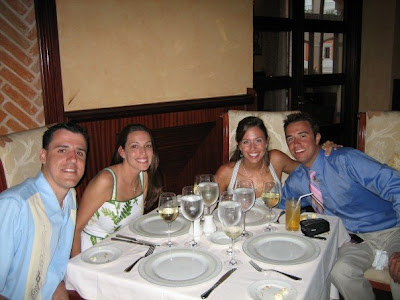 That's about it folks. Hope you enjoyed the trip down memory lane with me. Now I want to go back to Mexico!!!