Show Us Your Favorite Vacation Spot 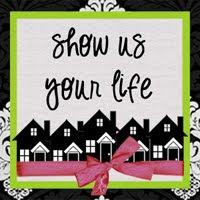 This week I am going to show you our favorite vacation spot. Considering we've really only been on three major trips together since we have been married, it's hard to say that we have a "favorite" vacation spot. Since I've already talked about two of them, all that's left is the third trip. Our honeymoon to Mexico was amazing and the family trip to Italy was breath taking. You can read about the Italy adventure by clicking on March of 2009.

So our third big trip (really our second trip) was for Ryan's 25th birthday. I wanted to surprise him with a fun trip since we had not been on one since our honeymoon at that point. My decision was made easy on where we were going because his cousin (Evan) that he grew up with lived in New York City. Ryan had never been there before, and I knew he wanted to visit his cousin so it was a no brainer for me. We could stay at Evan's place for free which just so happened to be next door to the Empire State building at the time. When Ryan finally found out, he was beside himself with excitement. :)

This was us at the airport bursting with thoughts of all the adventures that lay ahead in New York. 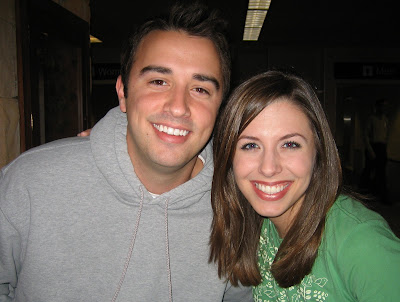 We arrived around dinner time so I got see all the city lights. 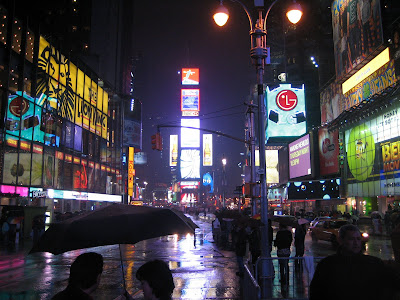 I think we hit every major attraction there was in NYC. We had to visit Union Station where Ryan's grandparents were reunited after the war. What a beautiful love story. 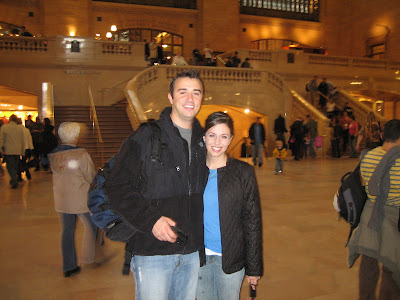 I bet you can guess where this was taken... FAO Schwartz. We had some fun there. 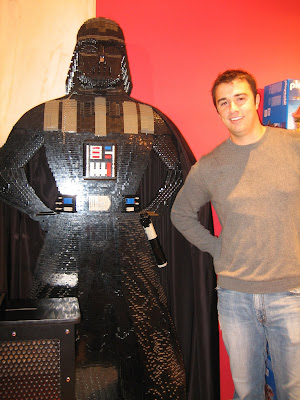 Next on our list was Central Park. I could have stayed there all day, just beautiful. 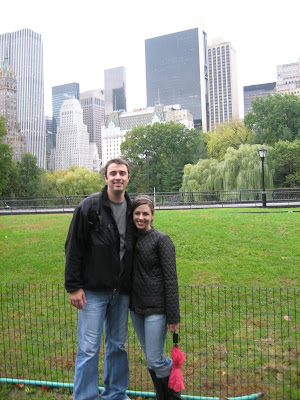 Have you heard of Magnolia Bakery? It's a famous cupcake place that always has a line to get in, but sooooo worth it. 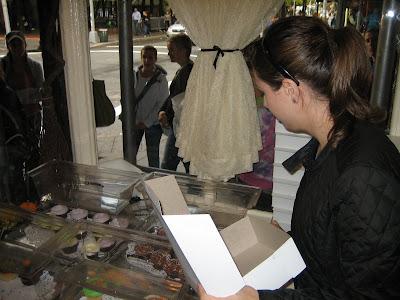 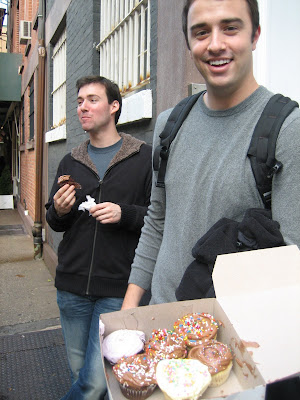 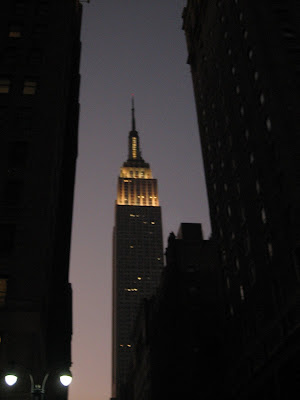 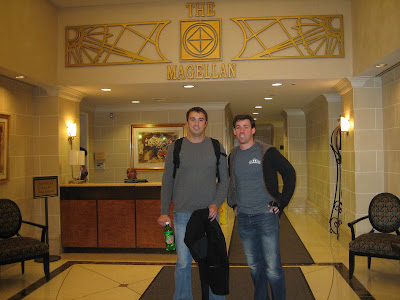 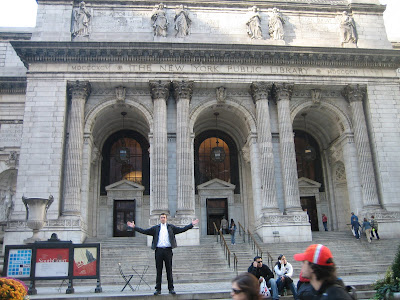 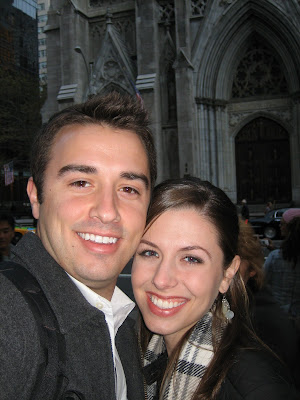 On Ryan's birthday we went and saw the musical, The Lion King. Unb-e-l-i-v-e-able!!! 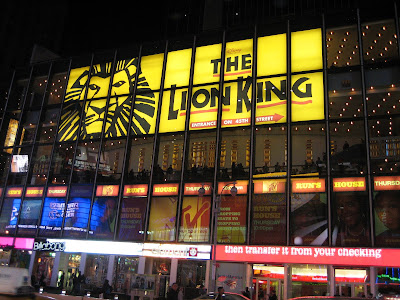 My jaw hit the floor when I saw Ground Zero. I had no idea how large of an area it encompassed. 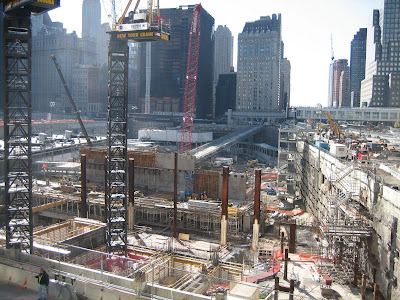 We took at ferry to see the Statue of Liberty. I guess they just opened up the crown to the public again. They had closed off access to the statue after 9/11. 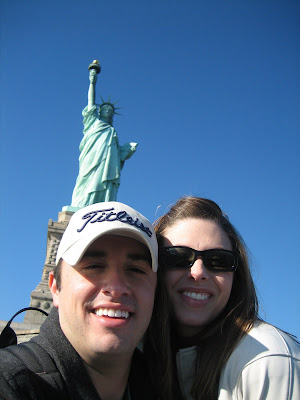 View of the city from the ferry. 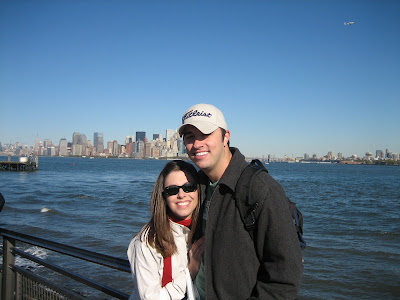 The view from the top of Evan's apartment building. 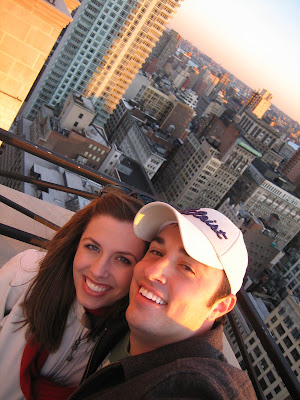 Of course, we had the famous New York pizza several times while we were there. 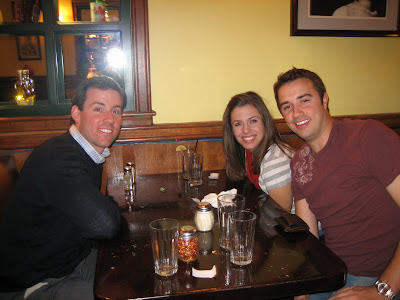 There was so much more that we explored but I didn't want to kill you guys off. :) We LOVED New York City but I definitely want to visit so many more places in the future. So I can't really say what my favorite vacation spot is yet. We still have time to figure that out. I can not believe this trip was almost 2 years ago now. We need to go back soon!