Does anyone else feel like they are in a baby boom right now? Well I do! I was just discussing with my husband just a few short months ago how none of our friends had really started having babies. This was a surprise to me since most of them got married out of college or shortly there after. I thought for sure there would a least be a few babies in the first few years but nobody had one. So I was telling Ryan that there was going to be a baby boom soon. I could feel it! That's rare when most of your friends are married and there are no babies!

My thoughts were confirmed shortly after that talk with the hubs. I found out that my friend I grew up with in church was preggers and due in November! We went to KSU and were on summer staff together at our church. I am super excited for them because they are going to make the best parents.
Carly & Britt 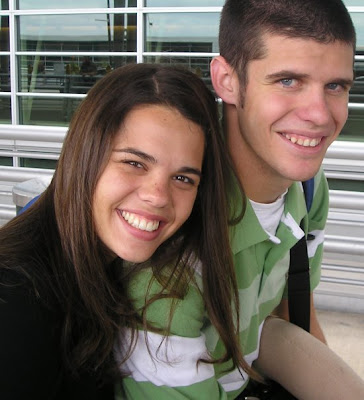 Next on the list is another friend I grew up with at my church. We also went to KSU together and were sorority sisters. She married a guy from my high school and now they are pregnant & due in December! Coincidentally, Carly & Ashley were my program girls in my wedding.
Travis & Ashley 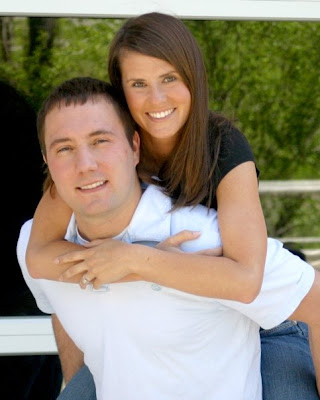 You probably saw pictures of this couple when we went to New Mexico a couple months ago. Brady was fraternity brothers with Ryan and we reconnected with them on trip our to NM. We found out that they were due in October!
Brady & Samantha 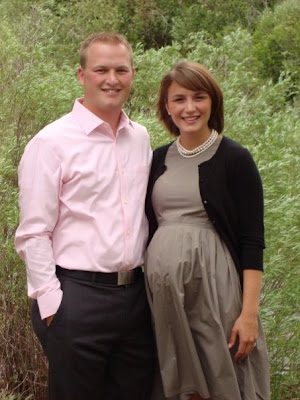 I just found out about a week or so ago that my good friend from Bartlesville is due in February! John was fraternity brothers with Ryan and they both work for ConocoPhillips. That is how I met his wife, Malinda (who also works for COP), and we became fast friends. They were some of closest friends in B'ville and we miss them dearly. We couldn't be more excited for them, and they will be incredible parents. 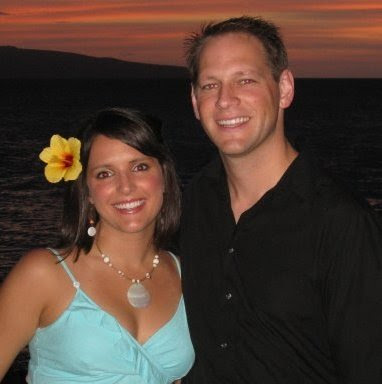 Ryan's coworker and our neighbor just had their second child (baby girl- Caroline) about a week or so ago. They are the cutest family ever! Aaron is also the best cat sitter too! :o) They have the cutest little boy that our cats are scared of, ha!
Aaron, Amanda, & Caroline 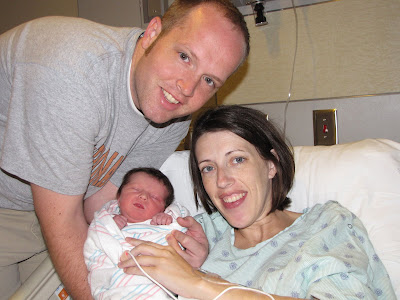 We have even experienced the boom on our family side too! Ryan has had three cousins all have babies in the last year! My cousin is expecting her second baby this winter. It is just crazy to me to see my cousins starting families! I couldn't find a family pic of Sommer with her husband and daughter, so this will have to do.
Isabelle (look at those curls!), Sommer & Shyla (sister) 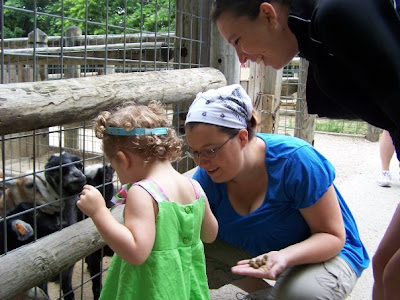 You might have seen the baby pictures I've posted recently with my cousin Chelsea and her daughter Addison, but here is their family picture right after she was born. Chelsea was the closest to me in age out of all my cousins, and it is just so amazing to see her with her own daughter. 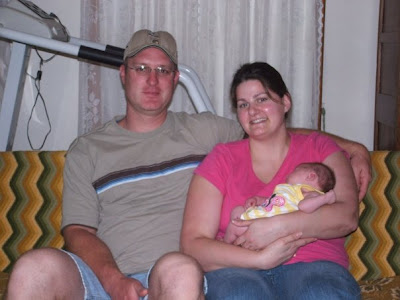 We have had countless coworkers have babies or are pregnant. There are even more friends that have had babies recently (and even a few we can't mention yet :)) too. It truly has been a boom but so much fun! It is a different experience to see your friends and family have "little me's". I love seeing them have a family of their own and grow into new people. It is a new phase of life! Don't worry, Ryan & I are not there yet. :) But I've had fun playing with other people's babies.