**Side note, this is my 100th post!**
This past Friday Ryan received free tickets to go see the Astro's play the Pirates. Since we haven't been to one of their games yet, we were more then happy to accept them. The seats were on the first level right under the the covered part. Perfect! This stadium is called Minute Maid Park and it's pretty neat. It has a train that moves and blows it's horn every time there is a score. I didn't get a picture of that but I will have to next time. 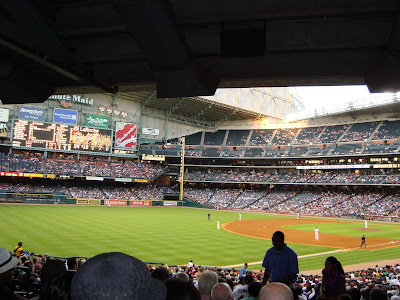 Of course I was trying to get a picture with Ryan and he took it before I was ready. Classic. 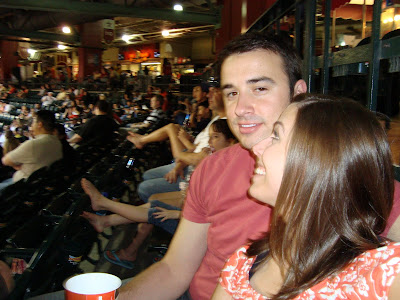 This is also a classic picture where Ryan has to be doing something silly. :) 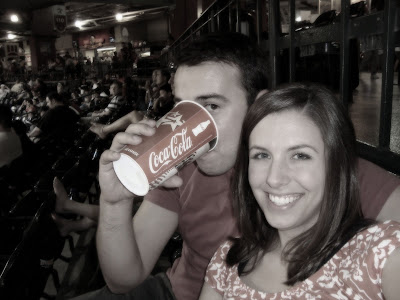 We actually were sitting right above a ton of ConocoPhillips people that we knew. So we decided to move down a little closer to join them. What a small world. I didn't get a picture of them unfortunately, but there must have been 20!
A slightly better picture a little closer to the field. 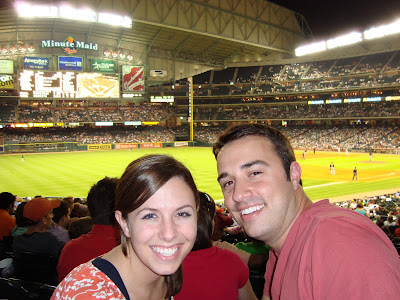 The Astros hit a grand slam in the sixth inning (I didn't know what a grand slam meant so I thought I would explain, three men on base and the batter hits a home run) which was exciting to see and some lucky guy won $25,000 from Sonic because of the grand slam! We left in the eighth inning because we were winning 9 to 1 to avoid traffic.
One last picture before we left. 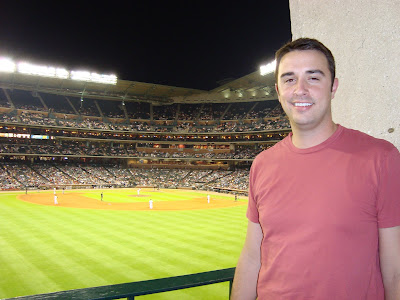