This weekend really was random but so much fun. Saturday Brad & Lindsey came over to go bathe in the sun at one of our neighborhood pools and the boys also played some tennis. Then we had some good burgers at Mooyah's and played a mean game of Canasta (what else? :)). We decided to change it up a little by playing Mexican Train too.

I had no idea we had a parrot for a pet. While we were playing our games KC decided to jump up on Brad's shoulder to get a better view. He would have stayed there all day if I hadn't of pulled him off Brad. 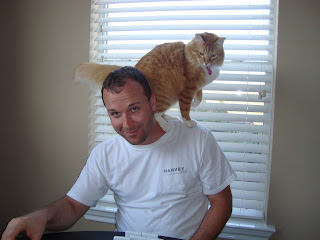 Brad, I hope he didn't get you with his back claws!! KC was pretty happy to have a better vantage point. 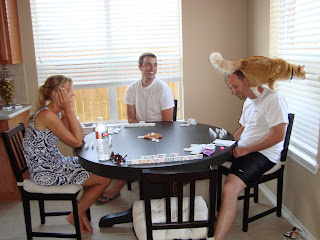 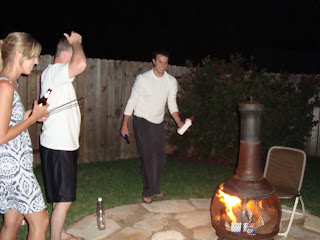 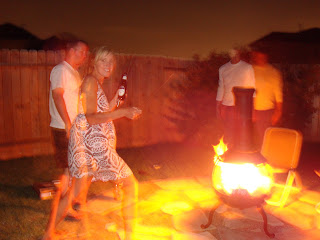 You can see the anticipation of ooey gooey s'mores on Lindsey's face! 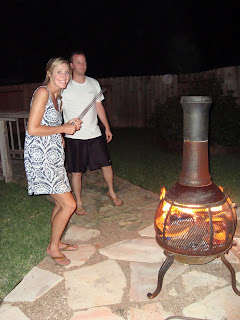 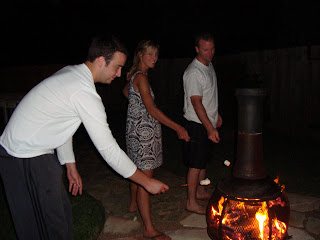 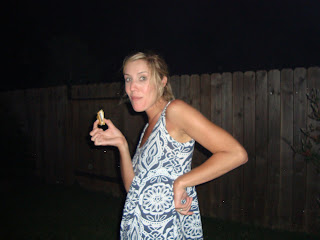 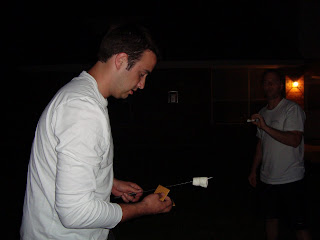 We just had a nice relaxing weekend. I love it when you don't have any real plans and can just do whatever you want. Those are the best weekends!