This past weekend was so fun with Ryan's mom and sister coming in town to visit us. We had a blast and took on the city of Houston.
Friday night we celebrated Emily's birthday in person and we went to eat at a local Mexican restaurant by our house. It was pretty good!
Ryan, Brad, Lindsey, Emily, Susan, & Me 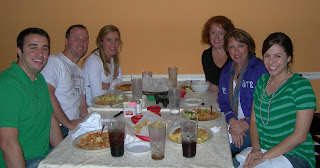 I found this really cute cake shop near our house and picked one up for Emily. It was red velvet and delicious! We ate on it everyday until there was not one crumb left. I will definitely go back there, but I will have to remember a head of time so I can get a themed cake next time. They will do what ever decorations you want. 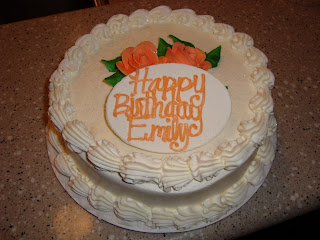 I think Em liked her cake. I know I did! My tummy was thanking me. Brad & Lindsey you missed out! 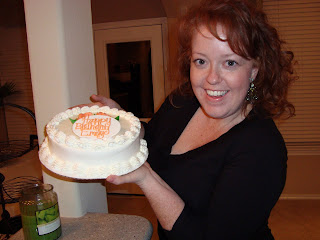 Here's Em blowing out her candles. I didn't realize that I had bought some trick candles that kept relighting. It was hilarious to see Em try to fight them off but we finally had to pour water on them to get them to stop! (Not over the cake of course) 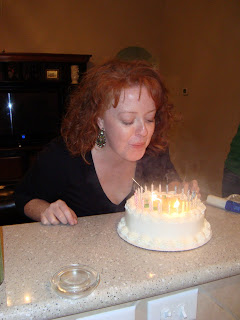 Our weekend consisted of hitting up some of our favorite places to eat and shopping until we dropped. This picture is from one of Ryan's favorite places to eat, Freebirds. If you've never been to one it's worth going. They originated out of College Station. I've heard that Chipotle tried to model after them but they aren't as cool. 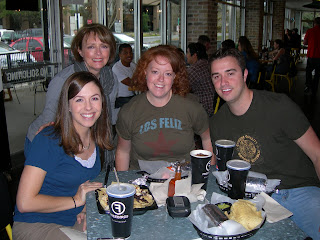 We also ate at this really neat BBQ restaurant. It had all sorts of things to look at as you eat. The pic below shows the Buffalo we made friends with. 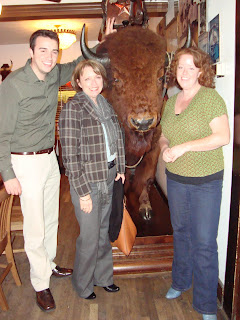 We had to hit up IKEA and kill ourselves trying to trek through that place! It's a place you go every once in awhile but still fun. The letters are still blown out from when hurricane Ike blew through. 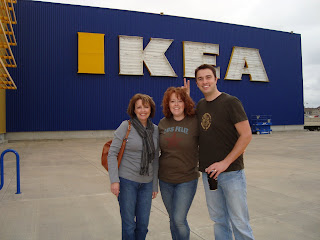 If you were wondering what Yogi was doing all weekend you would have found him here. He was obsessed with Emily's purse! He just couldn't get enough of it. We would hide it all over the place and even in closets and he would still find it!! Yogi would just rub his head all over it and try to dig in it. It was a pretty funny sight. 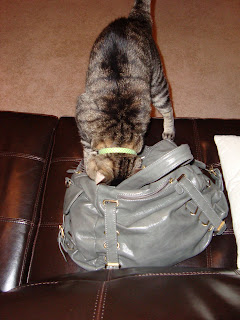 Auntie Em giving some good lovin' to our kitties. (She is probably going to shoot me for posting this pic!) We just got back from one of our many walks from the weekend. 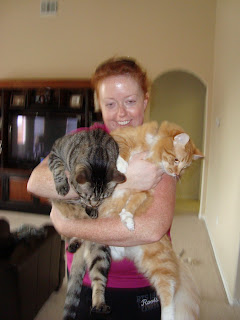 It was sad to seem them go this morning but then again we get to see them in a MONTH for the Italy trip! I can not wait!! It has been nice seeing our family almost once a month. It's helped our transition back to Houston.