Ryan & I had a very relaxing weekend, finally! We spent Friday night hanging out with our new roomies playing cards. Which by the way, is the best way to spend a Friday night in my opinion. :o) Saturday we went over to our good friend's house, John & Malinda. They had a bunch of people over to watch all the football games all day long. It was such a blast! We spent the entire day and evening there. John & Malinda our the best. It was such a nice day out that we spent most of the time lounging outside. The girls watched the boys play some kind of football bowling?? We mostly just chatted. It was so good to catch up with my girlies after being so busy!

Ryan snapped this picture before we were ready!
Janet, Meghan, Malinda, and me (whitey mcwhitey!) 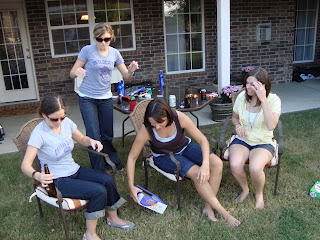 Much better! Some of my best friends.
Janet (roomie), Meghan, Malinda, and Me 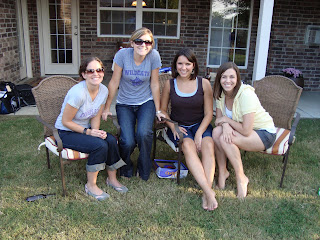 This is John getting his game face on for a mean game of football bowling. 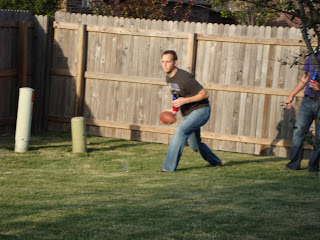 Ryan is so hard core! 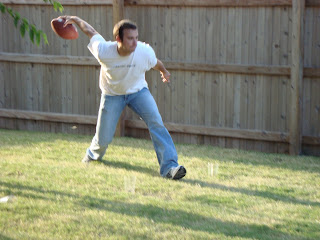 Sunday we met Ryan's parents in Wichita to drop our kitties off with the grandparents. Since we don't really have a house right now we needed someone to look after our kitties and who better then the grandparents! This is us at On the Border... mmmmm so good! 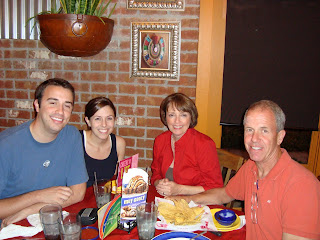